Dr X is a leading orthopaedic surgeon. This busy medic  runs six orthopaedic procedures simultaneously in six theatres at the same hospital. But he does have a good grip on his underlings as he races from one theatre to the next whilst giving his “oversight”.

The distinguished doctor recently botched a double knee replacement procedure. Now that his patient is suing him, he is at least doing his level best to explain himself: “I am the orthopaedic surgeon of choice for a good many patients and their referring doctors. This places a substantial burden on me and my practice ­– a burden we discharge skilfully and efficiently. However there is always room for human error and that is what occurred in this instance. Clearly I cannot be expected to attend to all tasks in connection with all the orthopaedic procedures that I oversee. No orthopaedic surgeon is able to do so. We must delegate tasks whilst still maintaining overall control. The error in this case resulted from an oversight by members of my practice who were engaged to attend to the procedure. The error was trivial in nature. The error took place ‘on my watch’ and I take full responsibility for same, but this was an isolated and non-deliberate error that has since been corrected. In addition, I wasn’t feeling very well that day. And I’m a diabetic.”

Dr X is a fictional surgeon. 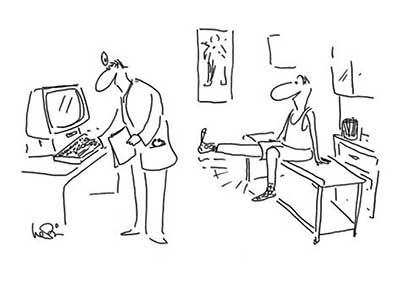 But why the knee op analogy? Noseweek wondered how liquidator Christopher Peter Van Zyl would feel if Dr X were his surgeon and had messed up his double knee op.

Van Zyl, chief liquidator of Progressive Administration, pillaged R2,038,326.77 from the bank account of Asch Professional Services. And although the liquidators have now paid back the amount, plus interest of R111,074.85, they are still at liberty to use the Asch account to pay their favoured attorneys, ENS, for further “work” in relation to the winding up of the company.

Meanwhile, their submission to court reads: “Mr van Zyl has had a very difficult year from the point of view of his health. He underwent double knee replacement surgery and thereafter contracted an infection that has caused and/or exacerbated both heart and kidney problems. He is also a diabetic, which has complicated his recovery. As you will be aware, in order to ensure that he recovers fully, Mr van Zyl has elected not to take any further appointments as a liquidator or trustee. However, this does not mean that he is retiring, and when his health permits, he may well wish to take further appointments. We accordingly submit that his intention not to take appointments for the time being should not be a factor that you take into account in determining whether or not to suspend Van Zyl.”

Here we have Van Zyl using his ill-health as a reason for the court to go easy on him while at the same time asking the bench not to presume he was too frail for the task. 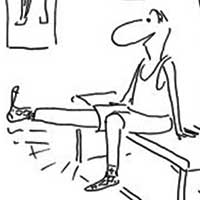 When it comes to the worst excuse for improbity in 2012, Van Zyl takes the cake. His joint runners-up are undoubtedly his co-liquidators of Asch:   Natasha Sansom and Rene-Lynne Barry-Kleynhans. Both filed statements in the first Asch liquidation account which contained an erroneously – or fraudulently – inflated liquidators’ fee. They then declared under oath that the account was a “full and true” account of their administration of the estate.

Sansom was once PA and secretary to liquidator Craig Hathorn. Once BEE appointees were needed to fulfil the Master’s appointment requirements; she effortlessly metamorphosed into a partner for Hathorn’s insolvency practice. Now, when anyone has an appointment with “liquidator” Sansom, Hathorn shows up and does all the talking – ostensibly as attorney for Sansom’s firm, NLN Trustees.