NOTES: Former Goldfields CEO recalls a visit to Nkandla and that sinister smile on Zuma's face

Readers who have received an email purportedly written by former Gold Fields CEO Chris Thompson about a meeting with Jacob Zuma about Nkandla have wondered: can it be real?

Noseweek reporter Mark Thomas tracked Thompson down to his home near Denver, Colorado, US. Yes, said Thompson, he wrote it. But he had intended it as a private communication to a friend, not for general publication. However, now that it had gone viral, “I may as well confirm that I wrote it – and that it’s a true account”. 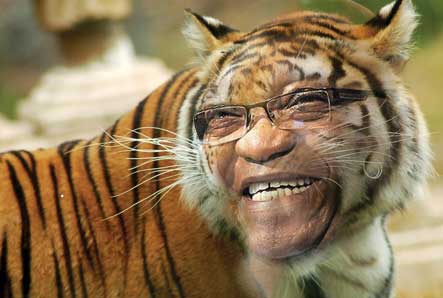 “Now that it’s to be published, I hope it contributes to widespread efforts to expose and clean out the rot at the top in South Africa’s politics.”

So here’s what the former Gold Fields CEO said in his email to a friend on Saturday, 24 November, 2012:

“When I was CEO of Gold Fields [1999-2002] I got a call from [former President Nelson] Mandela saying we should build a school at Nkandla for Zuma – he was the vice-president at the time. GFL had a foundation, which I headed, and we built schools all over the country but only where there was real need. Nkandla already had a school so I told Madiba we would look into it. The conclusion was that it was marginal but it could be said to have need for a new and bigger school.

“When he called me again to repeat the request a couple of months later, I said I’d go down to Nkandla myself and meet Zuma. I flew down by chopper and Zuma flew in with an entourage, with three military choppers, and put on a big lunch etc for us. He then took us to see the existing school and meet the architects who had designed the proposed new school. It was pretty grand. In the course of discussion I asked what the cost would be and the architect, standing next to me (who absolutely stank of booze) grinned and said ‘R12 to R14 million’. I turned to our foundation chief and said that that was about three times what we usually spend and asked what should the cost be for the design we were looking at. The answer: ‘about R5 or R6 million’. So I looked at the architect and asked ‘Where does the rest of the money go?’ He looked across the table at Zuma and Zuma just looked at me with this big smile.

“So I flew back to Joburg and called Mandela. ‘Yes we will build a school in Nkandla but there are two conditions:  1) it will be a school that GFL designs and not Zuma’s design, and it will be built by our contractors reporting to us (It ended up costing about R4m). And, 2) we are listing GFL on the New York Stock Exchange in two months and we want you to come and ring the bell for Gold Fields at the launch’ [In New York on 9 May 2002 – Ed]. He agreed. 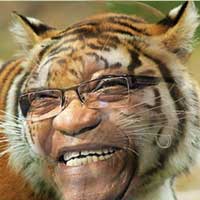 a very successful publicity stunt, and as long-time rivals we wanted to upstage them.

“The effect of Mandela on the floor was electric. We got huge press around it and the stock went up nicely.”

The new Mnyakanya Secondary School, built by Gold Fields, was opened in March 2004.

Thompson concludes: “But I will never forget that smirk on Zuma’s face. The revelation about the highway and his house scam are all consistent with what we saw that day.”