The owner of a company called Big Blue, which sells a variety of merchandise but is known particularly for its distinctive range of women’s clothing, says the activities of Chinese merchants in South Africa – and one man in particular – are making life difficult for him and are putting the jobs of at least 400 people in jeopardy.

James Robertson approached Noseweek after reading (in nose157) about the proliferation of Chinese shopkeepers across South Africa. He complains that one of Big Blue’s women’s brands, Olka Polka, is designed, printed and made in South Africa. The range has a distinctly African look – the garments, made of mixed fabrics, feature both African patterns and complex hand prints – and the company produces some 500 items per design. The garments are sold through the company’s own retail outlets in Pretoria, Cape Town and Joburg, as well as via independent retailers in areas where the company has no presence. Olka Polka garments sell for roughly R550, of which about R300 reflects the cost of manufacture. So, a fairly small but successful range of clothing.

However, a Chinese businessman who lives in South Africa is making life very difficult for Big Blue. (Noseweek has his name, but Robertson has asked us to keep it secret as various official inquiries are taking place.) What would appear to be happening is that this man buys samples of the Olka Polka range and sends them to China where exact copies are made, which are then imported and sold in 120 Chinese stores across South Africa, including shops in hubs like China City, China Mall and China Mart, and in smaller chain stores. The fakes are sold at bargain-basement prices – for around R110, and, wholesale, for about R60.

The wholesale price slays Robertson because it’s even less than the price Big Blue pays for their fabric woven in South Africa, which costs R29 per metre. Another thing that riles Robertson is the scale of the counterfeit operation – he estimates that his rival has imported as many as 10,000 units of every one of the 20 Olka Polka designs he’s copied – 20 times the quantity that Big Blue manufactures.

This swamping of the market with cheap fakes is a serious problem for Big Blue because not only is the company losing sales, but the fakes are putting the whole Olka Polka brand in jeopardy. Quite clearly no one wants to pay R500-plus for a garment if something that looks exactly the same is available elsewhere at a fraction of the price.

Gallingly, Big Blue is now itself being accused of being a rip-off artist by people who think the company is charging exorbitant prices. And they’re not always persuaded that the copies are vastly inferior, and unlikely to survive more than a few washes. Says Robertson: “The fake garments are inferior fabric, inferior plastic prints, badly patterned, and on see-through fabrics.”

Adding insult to injury, some people who have bought fakes and found them to be badly made have returned them to Big Blue and demanded a refund.

The businessman does not use the Olka Polka name, which is a registered trade mark and easy to enforce. He uses names that include Welting and My Style. Says Robertson: “Other than leaving off the label, the garments are identical copies of our work.”

Although Big Blue could possibly get design registrations for the various fabric designs, the sheer number and the short life-spans of the designs makes this impractical. So the company seeks to rely on the copyright that it has in the designs, a right which is unregistered and which can be difficult to prove.

After a considerable period of time, Big Blue has finally managed to get the authorities to take an interest and at the time of writing, were supposed to be raiding various stores selling the fakes and seizing the goods in terms of the Counterfeit Goods Act. 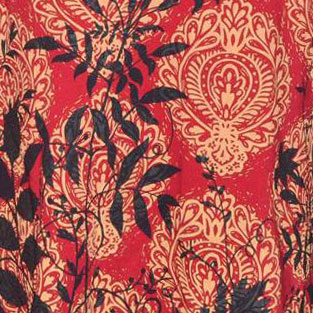 Although Big Blue has also instructed its retail outlets not to sell any garments to the Chinese businessman he simply uses someone else to get the samples he needs. The company is also trying to educate its consumers and the wider public by attaching special labels and tags to Olka Polka products. And Big Blue’s website discusses the Chinese fakes in this flag-waving call to arms:

“We assume that the goods are illegally imported, VAT and duties are not fully paid, and all the other realities of being a South African trader do not apply to them. There are no South Africans who benefit from this theft. Legitimate South African retailers are trading at a disadvantage, because we operate within the law...Our garments are made in South Africa, using South African-made fabric, designed and printed by South Africans and made up by more South Africans…

“We are committed to our proudly South African home grown brand, and we are very proud of it. Please support this, refrain from buying stolen goods, report to us any retailer stocking these goods, point out to the wearers of these garments that they are exporting South African jobs by their actions.”