Will Madam call the cops?

The saga of the financial vandalism perpetrated by the rapacious (if not criminally minded) liquidators of Asch Professional Services (noses 152,154,155) is far from over.

In June Noseweek sent a list of questions to the Master herself (Zureena Agulhas) about the blind eye her office had turned to theft by the liquidation trio of Christopher van Zyl, Natasha Sansom and Rene-Lynne Barry-Kleynhans. Van Zyl runs liquidators Progressive Administration.

Noseweek had suggested Agulhas consult her husband, Commercial Crimes Court prosecutor, Advocate Juan Agulhas, for some advice on get- ting to grips with the Asch matter. 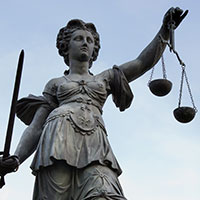 Three months later a response came from Justice Department spokesman Mthunzi Mhaga: “The Master is of the view that the Liquidators have misled him [sic] to believe they have collected debts, and therefore were entitled to 10% of the total debts collected. It now appears they were only entitled to 1% of the monies found in the estate.

“The Master has requested the Liquidators for an explanation [sic] why they misled him [sic] and for reasons why they should be entrusted with more liquidation matters, when they are in breach of the fiduciary relationship.”

Fighting talk and a big step in the right direction, but hasn’t Madam the Master missed the obvious – reporting the matter to the police or the Hawks?

The trio each, individually, (yes, each before a different Commissioner of Oaths) declared under oath that, “the [Liquidation and Distribution] Account hereunto annexed reflects a full and true account of my administration of the Company…”

It is plain that the account was neither a full account nor a true one. There is little chance the trio did not know they were lying under oath. Their “error” was nicely pointed out to them but their response looks like they fibbed “with knowledge aforethought”.

And what of the huge fee charged by attorneys ENS, for which no invoice was attached? Maybe Madam-Master can call for an invoice of services rendered and the scale of fees charged?

The insolvency and liquidations industry is rotten to the core. It might yet take a river to clean out those Augean stables.