Books: A concatenation of miseries

Never mind the title, this fascinating potted history of a wretched and neglected underclass just happens also to embody powerful insights into current riotous upheaval in poor black society. It is a frightening tale, logically and intelligently presented, and it bears a powerful message for South Africans of all persuasions.

As Bottomley says, black poverty was always much more serious and widespread. Today whites are neither more nor less poor than their black, coloured and Indian counterparts. It is only when they are ignored in favour of other poor that a moral problem arises. 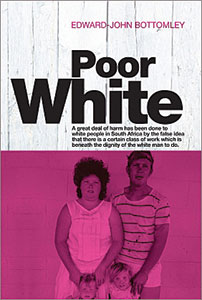 Historically, whites have been depicted as never having been poor. But the “poor white problem” assumed enormous proportions during the early 20th century, influenced the outcome of elections and eventually resulted in the institution of apartheid. Their poverty arose out of a concatenation of miseries – the Anglo-Boer War, the 1920s drought and the Great Depression.

Just as poor blacks now stream to the cities in hopes of jobs and housing, so did the white poor at the beginning of the last century. The rapid growth of multiracial slums, especially in Johannesburg, alarmed colonial authorities intent on sustaining white prestige. In 1930, about 300,000, one third of all Afrikaners, were defined as “absolutely indigent”. Afrikaners were perceived as failed farmers and backyard dwellers.

The British government decreed that various commissions should examine the shameful problem of indigent whites living in the kind of poisonously destructive slums mostly inhabited now by poor blacks. Later, nationalist Afrikaner leaders also deployed the problem in the interests of racial superiority.

After World War II, the state more-or-less succeeded in solving the poor white problem – to the detriment of other races. The whites vanished into hidden enclaves of poverty, where church, state and dedicated cultural bodies taught proper “white” behaviour.

It was only after the 1994 election that poor whites were again perceived as thieves and beggars. As “white trash”. Bottomley rightly says it is impossible to understand the historical subordination of black, Indian and coloured South Africans without considering the story of their poor white counterparts.

“Yet, the poor whites and the poor white problem were part of the materials used to build South Africa, as much as gold and bricks, diamonds and coal.”

Before the seismic effects of the discovery of gold, the Anglo-Boer War sparked a miserable poor white problem. The British took to scorched earth tactics, poisoned wells, salted fields. More than 100,000 Boers and Africans were interned in disease-ridden concentration camps. Nobody knows how many black Africans lay down beside them.

“When it was quiet once more, the gold belonged to the British. The war impoverished an entire nation, shamed another and forgot a third, the black Africans. It tore a dark and furious chasm in the minds of those who became the Afrikaners, one that still glows late in the night.” 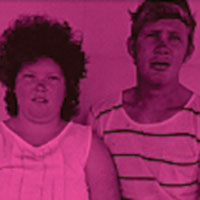 The enormous effort required to exploit mineral wealth dragged a mostly agricultural economy into the industrial age. Massive urbanisation brought pollution, desperate urban poverty and slum conditions where the poor of all races were squeezed breathless. Interracial prostitution flourished as the poor clawed for daily survival. Poor Afrikaner women worked in Asian laundries, children earned a crust selling newspapers. The slums were considered among the worst in the world. It took years before Afrikaner leaders, fiercely focused, developed the education and social policies which uplifted their people. The poor were absorbed into the railways, Iscor and other government enterprises.

But, fearful of black competition for scarce jobs, they neglected similarly afflicted blacks. This would have been a very different country had they been more generous to others. Will the present regime display more generosity to the forgotten white poor?

• Bottomley is a South African. He holds degrees from Stellenbosch University in geography and journalism , and in geographical history from Cambridge.