A lesson in medical ethics

The opposite holds true. Her lack of access to treatment increases her impairment rating and therefore would increase, not decrease her general damages claim. 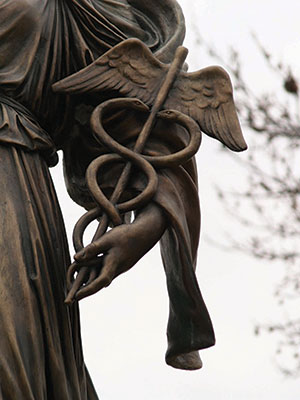 You describe me as “Geduld’s medical expert” (Geduld being the lawyers Ms Tshakumani was suing for negligence in pursuing her claims) which implies that I am what is known as a “hired gun”. I am an independent medical practitioner and take instruction from attorneys, whether they act for the plaintiff or the defendant, and then endeavour to compile as fair and objective an assessment as possible. Failure to do so is unethical and amounts to malpractice.

I consider myself to be sympathetic and caring towards the injured (as I am to my patients): it is my ethical duty. As such, I always give the benefit of the doubt to the claimant. This is reflected in the fact that more than 95% of instructions to me come from injury plaintiffs. With it comes a bad-debt rate of around 30% and an average time-to-payment of two years: not exactly a sound business model. Increasingly though, defendants do instruct me and this is usually, if not always, when claimants or rather their representative attorneys, institute inflated claims. At least one expert who assessed Mrs Tshakumani stated in a report that she would be “better off with an amputation”.

To even suggest that to her would be unprofessional, unethical and would amount to malpractice. She is infinitely better off keeping her leg, as disfigured as it is, for as long as possible. Good for her that she prevailed to keep her leg that is ever so useful to her. During the consultation with me she did not use – or, for that matter, did not have to use – crutches or even a walking stick.

So forgive me for sounding cynical but I should mention that compensation for amputation would probably add at least R500,000 if not R1 million to her claim – in which her representatives have a vested interest.

Your article not so subtly taints me with the same brush as the “Hit and Run Lawyer” and that, by any definition, is defamatory.

Several of my friends and colleagues have read your article and have engaged me on it. Of course, attempting to sue you for defamation would merely enrich your attorneys and waste my time and leave me out of pocket. So please do the correct thing and apologise publicly.

I could direct you to lots of information of dodgy practices by attorneys and also medical practitioners. But I could not possibly trust you to get it right. Instead I shall continue with what I consider the correct and professional way of dealing with errant colleagues. Some examples:

• I have written to two of my colleagues this year warning them that their inflated assessments of injured claimants amount to fraud. I shall not hesitate to lay a complaint with the Health Professions Council of South Africa should they continue to compile reports inflating the impairment ratings (or for that matter deflating ratings).

Claimants are entitled to fair compensation but then let’s not forget that it is the petrol taxpayer, of whom the vast majority are the poor, who fund the RAF.

•I am primarily a spinal surgeon, and 18 months ago Discovery Medical Scheme sent me over 20 cases to review for surgery. I turned down all but one, as the operations proposed were multi-level lumbar fusions in old people with soft bone that, in my view, were doomed to fail. And the medical costs would be exorbitant with the incidence of major complications and re-operation rates being very high.

I charged no fee for this and had to endure hate mail and telephone calls from colleagues all around the country and, for a while at least, had pariah status.

This was not sustainable and I told Discovery to find someone else to do their dirty work.

• I have had the courage (or is it stupidity?) to write several opinions in determining that acts of colleagues were negligent. This is no easy task and does not increase my popularity amongst my peers. But this does an infinitely better job than your article which may have permanently discredited me and diluted my efforts to improve the honesty, integrity and standard of service of my profession.

I presented a seminar called “Ethical medico-legal reporting” at the orthopaedic congress held on 5 September in Durban.

Finally, although medico-legal matters and my reports become a matter of public record, it is in my view insensitive and even smutty to air the affairs of a private individual, like Ms Tshakumani, in the way you have. She has suffered enough. I presume you have her permission. You certainly do not have mine.

In future first check with the doctor who has done an assessment report as to the veracity of your inferences.

The medico-legal report compiled by Dr Edelstein that was submitted in court in support of attorney Stafford Geduld’s defence to Ms Tshakumani’s claim, states that it is drawn up in accordance with the American Medical Association’s “Guide to the Evaluation of Permanent Impairment”.

One of the categories to be considered is the “burden of treatment”: this is monetary compensation for the inconvenience (“burden”) of, for example, having to have an injection every day, or having to wear a diaper (nappy). This category constitutes up to 10% of the overall award rating, or “whole person impairment (WPI)”.

Because our society has a huge number of indigent and very poor people who are disproportionately burdened in accessing appropriate treatment – most, at best, getting acute and emergency tertiary medical treatment only – Dr Edelstein explains, he has developed a variant category to compensate these claimants for that burden. By doing so he did not decrease her award by 5%, but in fact increased it by that percentage.

Prior to our receiving his complaint, our reporter had no reason to suspect she’d misread the evidence. (It is not normal practice for journalists to ask witnesses in legal proceedings to explain their evidence outside of court.)

We have no hesitation in conceding the error and do apologise for the embarrassment it has caused Dr Edelstein.

Dr Edelstein was, factually, hired by the defendant to provide an expert medical opinion. Which is what Noseweek reported. We did not describe him as a “hired gun”. While expert witnesses are expected to be just that – and scientifically objective, as Dr Edelstein states – any innuendo is, unhappily, implied by the adversarial legal system itself which allows for the residual idea that he who pays the piper – if ever so subtly – calls the tune, to the extent that each party generally calls “its own” expert witness.

Dr Edelstein is himself far more damning – and potentially defamatory – in his assessment of the medical expert retained (hired) by the plaintiff’s attorneys to support her claim.

Noseweek is not qualified to make an assessment of either. We accept Dr Edelstein’s assurance that his assessment of Ms Tshakumani’s condition and entitlement to compensation was done professionally and in good faith.

The controversy he speaks of is undoubtedly newsworthy.

We do not apologise for giving moral support to Ms Tshukumani in her battle to obtain fair compensation after all this time. – Editor