I dare say mature readers will remember The Ballad of Casey Jones, which went something like this:

Now Casey Jones said before he died
There were five more things that he wanted to ride:
A bicycle, tricycle, sewing machine,
A good-looking woman and a submarine.

As a young man I went along with all five, broadly speaking. All, that is, except perhaps the submarine, to which in my lifetime I would clearly never have access. But I gave it some thought and concluded a Douglas DC3 Dakota would do instead. Indeed the only reason I could see for wanting a submarine in this poem was that it rhymed with “sewing machine”.

The Dak, now, was the most important aircraft of the 20th Century, though for romance, the Spitfire couldn’t be beat and, for getting roasted by solar gamma-rays at the edge of space, you sure as hell couldn’t beat the Concorde. So the Dak would be my choice, then. Before it, aeroplanes were made by building a frame of wood or something and covering it with canvas or metal cooking foil to keep the draught out, but then in 1935 came Stressed Skin Construction in which the frame was just to give shape to the aeroplane and it was a riveted aluminium skin that gave it strength, and that’s with us e’en today, though the skin has become some sort o f composite resin or something and everything is stuck together with glue. Or something. No rivets. 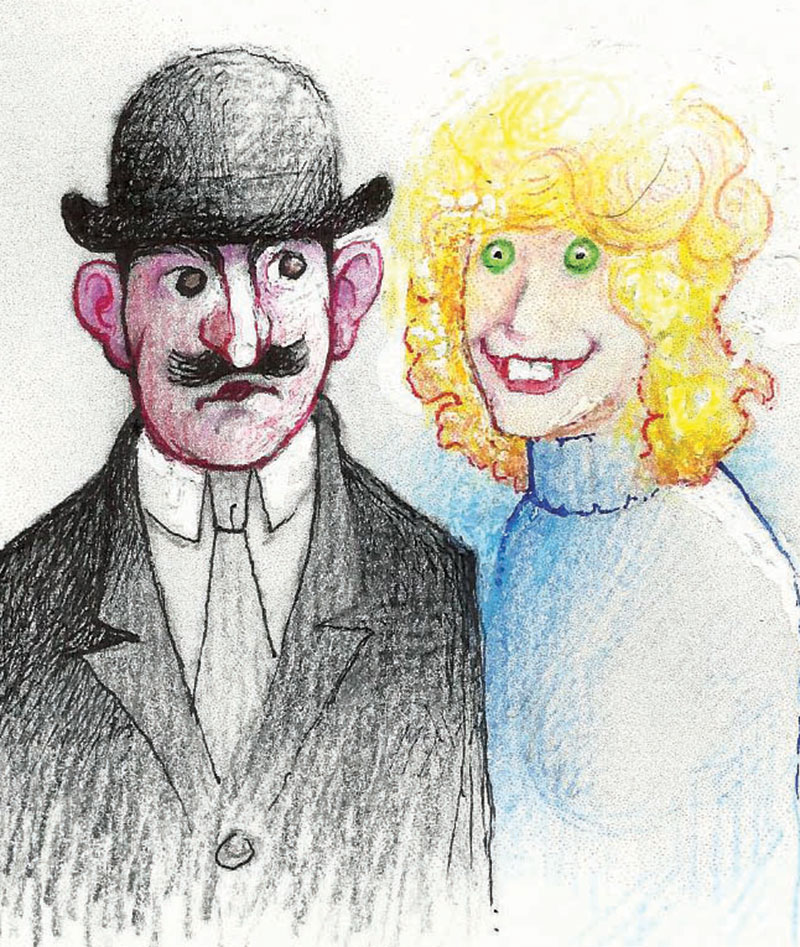 But getting hold of a Dak was the heavy part of the Casey Jones Strength Through Joy programme, see? I lay my life on the line to get at one, all of them world-wide being in somebody’s air force, there being a war on. I went off and joined ours and did route marches, and military hygiene in case I needed to build a bog in a desert; and sabre drill in case I was in the presence of the King; also aviation. And after a year-or-so I was fit for the Dak but given a thing to fly called an Airspeed, built entirely of plywood and rags and varnish. It vibrated so, the fillings would fall out of one’s teeth. Except they hadn’t had time to fall out of mine when suddenly the war came to an atomic end. What now for a submarine substitute?

Quandaries, quandaries, but the quandaries came just as suddenly to an atomic beginning with the appearance on the scene of Item (iv) on the Casey Jones inventory, the Good-looking Woman. Sweet and Holy Mother of Christ, this Item (iv) name of Clarice, readers should try to imagine in the perfervid depths of the mind. Or genitalia. Aka Coco, AD 1950. Should I compare her to a summer’s day? One glance, more or less, and we were off to my modest digs at Maida Vale, London, overlooking the Paddington Canal, in that part known as Little Venice because of its charm. One glance, I say, and we took off all our clothes and got into bed emerging only for food and wine until one day Mrs Pitts the landlady stuck a discreet note under our door pointing out that this was not a common rooming house, nor was it a bordello, and would we mind getting married or going off to the working-class part of London on the other side of the river. Hell, why not? Mrs Pitts lent us a camera with film as a wedding gift and before lunch we were back in bed.

If I say Coco had green eyes I don’t just mean clear green like a Granny Smith apple, I mean rather the green of a traffic robot. As lions’ eyes at night reflect white light off the retina, so did hers, only the light was green. With dark green rims to the irises and black pupils it was very disconcerting when she looked at one, it was as if she were taking aim in some way. Great billows of pure golden hair hung close about the eyes, it seemed she was peeping at one from behind some strange wild foliage. When, along with all that, she slowly smiled, it... it... I mean it might cause one to spill one’s tea, man. Also she was tall and athletic-looking, though indeed her only exercise was the Gothic wrestling of the marriage bed, but this tallness brought her up to a level of eyeball-to-eyeball smiling with all people. Grown men would go numb and forget evermore to blink, I tell you. 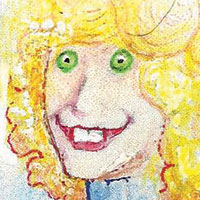 So here we are now, and it’s 2012. I sit at the telly watching the Olympics in London and the dreadful overcrowding of London, people crushed shoulder to shoulder and buttock to buttock on the Underground, and comes to mind such a crush back then with Coco and a thousand people in damp duffel coats, wet raincoats, also a proper Tory-type businessman with a trimmed moustache and suit and tie and bowler hat. All sorts of sodden people at 5pm. All breathing each other’s breath.

After an eternity, we arrive at Maida Vale. We must get out now, says Coco. Of course, say I. Well let go my hand, says she. I’m not holding your hand, say I. She turns and looks level in this Tory bloke’s eyes and slowly smiles. A flood of crimson rises slowly from his collar and he raises his hat. Grimly. Unsmilingly. Utterly silently.

Now at the telly I grin about all this, and after a while my charlady who is ironing clothes in the kitchen pokes her head round the door and says to me Who are you talking to? Hmmm? say I. Ummm... I am talking to my missus, say I. But you are a widow-man, says she. That’s right, say I. Longish silence. Whew! says Charlady, she is isiphuku’siphuku! She is a spook. Well, um... ja, I suppose so, say I. A spook with electric green eyes.