Tut tut. Prejudice is such an ugly word. Particularly in our mincingly PC world. But there it is: one look at the cover picture of Sweet Revenge – The Intimate Life of Simon Cowell and the bile wells up. 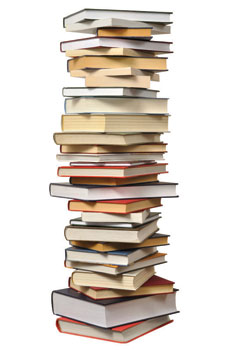 There he is, smug of smile, lord of showbiz creation, Simon Cowell, producer of X Factor and American Idol fame. It’s not for want of trying that he has succeeded in spotlighting his name internationally. Those two words are uttered with awe by his fans and fury by his detractors. The latter use a lot of rude words, actually, but Cowell should care. After the long years of humiliation in the ravenously competitive world of popular music, he has ended up a shamelessly self-indulgent billionaire.

Well, actually he has always been passionate about himself, if Sweet Revenge is anything to go by. And it is a thoroughly detailed record of the strivings of an obsessive fame-hound.

Author Tom Bower, whose previous offerings include biographies of the Nazi villain Klaus Barbie, Robert Maxwell, Gordon Brown and Richard Branson, has clearly been admitted to the Presence for purposes of this tale. It should be noted that, despite certain reservations, Cowell did not demand pre-publication censorship rights. In fact, Bower reports that he remained unfailingly courteous and unfazed by sensitive personal questions.

Bower: “Even under scrutiny, Cowell is good company. He likes to be entertained and is himself entertaining. Our relationship was harmonious.”

Furthermore, the great producer did not steer the writer in helping to understand his quest for revenge on those professional rivals and former colleagues who often succeeded in crushing the youthful ambitions of Cowell. Bower drew his own conclusions.

A measure of that vengeful success is supplied in the introduction to the book. While cruising last year on the £2 million-per-month yacht Slipstream – after arriving at the Côte d’Azur on a private jet, Cowell spent six hours daily on the telephone, but found time to reminisce and go clubbing. En route, he had picked up a group of old friends, including trophy women of the kind to which he is attracted – striking, but a wee bit “trashy”. And that is by Cowell’s own confession.

His charms are maintained with the contents of two suitcases crammed with vitamin pills, moisturisers and other potions conducive to preservation.

Speaking of preservation, Cowell toyed for some time with the notion of paying £100,000 to a German cryogenics outfit  to store his body while science developed resuscitation methods. The deal fell through when he heard that one customer’s head had been severed and stored apart from the body.

As for Botox, that is applied twice annually. It is viewed as a professional health item, rather than a vanity.

The focus on physical health has come about, in part, because Cowell believes these precautions are essential to counter the effects of smoking (Kool, an American brand) and drinking (lots of wine). A yacht crew member leans forward solicitously to light a Kool for Simon.

All this glitz for an initially directionless lad from London suburbia, spawn of a hard-working couple who spoilt him rotten. There were early signs of a need to be noticed (thirsts for fame and revenge are still the powerful motivations). One music biz character records the young Cowell arriving at their offices sporting hotpants and roller blades. There were suggestions that young Cowell might be leaning a tiny bit in the gay direction, but his social life featured a range of dramatic women.

It is fascinating to learn that the man who came to be a dominant popular culture icon was, essentially, a Sinatra fan who much preferred the theatrics of production. He learned the hard way to exploit musicians through TV, and was treated with suspicion by sulky rock stars who saw themselves as social rebels.

Cleverly, Simon realised that the tastes of Middle America (middle everywhere, for that matter) could be satisfied profitably through alliance with TV. The arty parties were outraged by this perceived betrayal.

Anger at the scorn of his contemporaries in the viciously competitive period popular music game, where Cowell played an eccentric dogsbody role for years, has been channelled to realise his ambitions.

Bower is astonishingly diligent in his research. The index is overwhelming, and the detail extraordinary. The tale is worth following for its own Cinderella-style triumphs, but only music fanatics and producers will want to plough through the mass of minutiae.

It’s the luxurious self-love which fascinates. As Woody Allen once remarked: “Don’t mock self-love –at least it’s sincere”. Simon baby is nothing if not sincere.