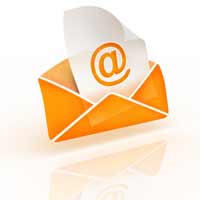 What a silly question. And there happen to have been eight cars – each one of them a beauty to behold!  –  Ed.

• Very flash ad! Pleased to see Audi has seen the light:  it makes sense to advertise a quality product to a quality readership!

• The first nine pages are adverts, then throw in five pages of book/travel reviews. Very little Noseweek content in your June issue. Not impressed at all.

We added eight extra pages to accommodate the unusual ad. May had 36 pages, June had 44. Same number of editorial pages as in previous issues. And it was still a much lower ad-load than you’d expect to find in a commercially viable magazine. Ads help fund our enterprise, and provide visual relief for the reader. They may even have lent us a touch of class! As for our columnists, and book and travel reviews, we happen to take them seriously. They are there to make a more balanced package; to give a more humane perspective to our generally pretty hard-edged copy. – Ed.

It’s not only SATV licence fees and traffic fines that are being questionably collected by the likes of attorneys/debt collection agency MBD (Munnik Basson Da Gama Inc).

They seem to have struck a similar deal with Standard Bank to acquire it rotten and obviously long-written-off debt book.

In April I received a “notice” from MBD demanding payment from me of an alleged account with Standard Bank dating back to 2007 – which would, even had it been valid at that time, by now long ago have prescribed.

I have referred them to your article on the subject in nose149, from which I gathered that they are aware that the practice constitutes a contravention of the Prescription Act.

Thanks Harold for a great and always enjoyable last word and a little light relief from the never-ending litany of corruption, greed and pillage that seems to have become the norm in this country.

Here’s your larf for the year! I got R500 compensation out of Standard Bank  and an apology for stopping my credit card without first checking with me!

You may remember that this was when I decided to send your staff a little gift of nuts from Kalahari.net as a reward for their hard work. I bought a gift on Saturday 21 Jan from Kalahari.net for just over R200.... and thereafter my card would not work – neither for another Kalahari.net purchase nor in a store.

At my jolly bank the enquiries clerk tested the card, looked at his computer and said everything was fine.

I could draw money from the ATM without a problem, but when I proceeded into the nearest Woolworths to buy my food, hey presto! the card still doesn’t work.

I stood on my poor legs for 45 minutes while the manageress tried repeatedly to get authorisation or an explanation... and while all the rest of the customers in the queue looked on with increasingly sceptical amusement. TG I had the cash and could pay.

Eventually they explained that when I was making that Kalahari payment the bank phoned to check it was me, and when they got no reply – I wasn’t near the phone –  they assumed it was fraud and permanently stopped the card.

Not only did they then make no further attempt to contact me; they simply ignored my repeated requests for an explanation.

It has taken the Ombud four months to resolve but – hey presto – look at the result!

I asked for R50,000 compensation for inconvenience – I was asking for the moon – but I did get compensated and when it arrives in my bank account I will transfer the R500 to Noseweek as a donation towards all the  blood, sweat and tears you guys expend on banks!

Thank you! And a very special thanks also to the anonymous donor who has paid R66 into our account every month without fail, for several years. We use these donations to subsidise the subscriptions of a few long-time subscribers who’ve hit hard times – which makes both them and us happy. – Ed.

All those following the Saambou/FNB bond rates saga should pencil into their diaries the date 30 July 2012, to attend the Western Cape High Court when the case between FirstRand Finance Company Ltd (formerly Saambou) and Gerret and Christina Jordina Windvogel (Case 26931/09) finally goes to trial.

This will be the first case in which the high court will be asked to make a finding on whether the bank was illegally overcharging (mainly) its black and coloured bond clients.

By way of precedent it could bring an end to a 12-year fight between myself and Saambou/FNB – ever since I first alleged that they have been overcharging (mainly black) bondholders by means of incorrect interest calculations.

FNB has already admitted that the method of calculating interest in advance was not correct. What remains for the court to decide is whether Saambou/FNB’s basis/prime interest rate was linked to variations of the SA Reserve Bank’s Repo rate or not.

FNB avers that the bank was entitled to charge discretionary (invariably higher)  interest rates,  provided only that the rate was below the maximum interest rate permitted by the Usury Act.

Already handed into court in support of the Windvogels’ case to retrieve their home, is a report by forensic auditor Greg Johnson who analysed internal memorandums that were sent out by Saambou Head Office to all its branch managers over the years, informing them of the date on which a particular decrease or increase was to come into effect and the percentage of such an interest increase or decrease.

He found that the Saambou/FNB interest rates were indeed linked to the Reserve Bank Repo Rate. If he is correct, that would mean that the bank was not free – in its discretion – to charge black bond clients a higher interest rate than it was charging its other clients, or increase its rates disproportionately to increases in the repo rate.

If the bank is wrong and we are right, the implications are far-reaching: FirstRand could find itself owing thousands of current and former bondholders many hundreds of millions in overcharged interest and damages, and see scores of black and coloured people recovering the homes they lost because of a debt they did not owe.

The Windvogels’ are a coloured couple from Swellendam and are among those clients that Saambou/FNB are accused of having discriminated against, by allegedly charging them a higher interest rate than they charged white bondholders (nose149).

Apart from the civil cases, the Hawks Investigating Unit is presently investigating criminal charges laid by myself and others against FNB in which we allege that they contravened the Usury Act and unlawfully discriminated against black and coloured bondholders by charging them a higher interest rate.

I wonder if any of your readers who might have had dealings with companies called Stratequity/Orbtech/Celtron, and a company promoter called Allen Harington, can help me with information about their current status and whereabouts. In 2001 they had a postal address in Midrand.

B B Collier
Howick

Doesn’t sound promising, but anyone with information may call Noseweek and we’ll pass it on to the writer. – Ed.