A tale of two varsities

Quite Naturally, all Mpumalanga rejoiced at President Jacob Zuma’s announcement in his 2012 State of the Nation Address that the government would establish universities in two provinces, the Northern Cape and Mpumalanga. No community could have welcomed the news with as much ecstatic jubilation as Barberton; after all, there had been a well-organised lobbying effort for the establishment of a university in Mpumalanga since 1994 – with a strong case made for this institution of learning to be located in our town.

Chief lobbyist was local businessman Dr Younus Vawda, who went on to form the Umjindi University Forum-Barberton (UUFB). The forum would spend a considerable amount of time and money compiling a presentation, generating support – including persuading the municipality to donate land – and recently securing an undertaking from the local Agnes Gold Mine to include the university in its water project by providing the campus with free water – a resource, as we all know, that is very scarce in many municipalities.

The mine is developing a water project that will benefit communities situated at the foot of its mountain range which will have water pumped down to them. The land donated by the municipality is also close to the mine’s mountain site.

So, with this in mind, Barberton people from all walks of life – business, students and the regular man and woman on the street – were incensed when Mpumalanga Premier David Mabuza announced in his February 2012 State of the Province Address that land had been identified in White River and that that was where the university’s main campus would be.

Not only could Mabuza give no “valid” reasons for preferring White River; he went as far as refusing to give his approval for the Barberton Municipality’s allocation of land for a university. Later he side-stepped in-depth questions from journalists at a media briefing following his address. He and his spokesperson, Lebona Mosia, referred additional queries to the Department of Higher Education and Training (DHET).

In his announcement, Mabuza went on to say there would be other campuses in other parts of the province such as Nkangala (Witbank). But no mention of a possible satellite campus for Barberton. To this injury was added the matching insult: Mabuza was reported on Nelspruit-based SABC Radio station, Ligwalagwala (Never heard of it?), to have said in reply to a question regarding this omission: “We cannot put a university in a forest”.

The insult angered the Barberton community so much that many stayed away from the ANC’s centenary celebrations held at the Umjindi Stadium soon afterwards. Mabuza was scheduled to be the main speaker but he didn’t pitch up.

The Barberton community concluded that Mabuza had politicised the university location process. And rumours were rife that he had a “personal monetary motive” for the establishment of the main campus in White River. More particularly, it is widely believed he has a “direct or indirect” interest in the White River land – a suspicion you can’t blame them for harbouring. After all, the memory of the Mbombela 2010 Stadium development riches grab is still fresh. And recently two Barberton businessmen made national headlines for becoming instant multi-millionaires after buying a farm in Ermelo for roughly R11 million then selling it soon afterwards for a whopping R28m – to the Department of Human Settlements.

[The Pubic Protector has been persuaded to investigate a spate of suspicious Mpumalanga land deals in which front companies have bought and immediately re-sold land to provincial agencies at vastly inflated prices, generating profits of well over R200m. – Ed.]

Suffice it to say, a development of the magnitude of a university campus would offer ample riches to those who have a stake in the land. And, adding strength to the suspicions of “personal monetary motivation” was Mabuza’s initial refusal to identify the “identified” White River site.

It was later revealed that the land in question had been designated for the development of RDP housing by the Department of Human Settlements. This only served to have the Barberton community ask why the government would sacrifice an RDP housing project for the university when there is such demand for housing – and when Barberton has offered free land that has not been designated for any other development.

“We need to know who owns the land around or near it. Could it be Mabuza and his cronies?” said a comrade who asked not to be identified. 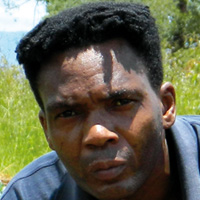 Meanwhile, in addition to the lobbying of the UUFB, the community was confident that Barberton had a strong case based on merit.

The area has long been a centre of geological study, frequented by both international and local scientists and academics. The Barberton Greenbelt, more commonly known as the Barberton Mountain Lands, is famous all over the world. Geologists in many countries know that it contains the world’s best examples of ancient volcanic and sedimentary rock dating back to the first quarter of the earth’s history, and that some of these rocks have traces of the earliest living things.

For 70 years geologists have come to Barberton to study the rocks, and in more recent years this work has gained momentum. The idea of organising a drilling project was conceived in May 2006. This led to a series of meetings – sponsored by the European Science Foundation – to discuss the choice of targets, drilling strategies and scientific goals.

The first of these meetings was held at the University of the Witwatersrand in October 2006, followed by other meetings in San Francisco, USA (2006), Berlin, Germany (2007), Vienna, Austria (2008) and a one-week field conference in the Barberton belt (2007). The project was approved by the International Continental Drilling Programme (ICDP) in August 2009.

Naturally, the community was asking how Barberton could be sidelined when its suitability was strengthened by its reputation as a field of study by both international and local scientists and academics.

A fresh angle was put on that statement days later when an official from DHET said on Radio 2000 that the location decision was still under discussion and would have to get the approval of the president before being finalised.

Mabuza is known to be a “Zuma Man” so the question is, will the president base his input on merit, or on rewarding Mabuza for his support?After all, there is the ANC conference in Manguang coming up in December.

Now, while we wait with anxious anticipation for the official location announcement from the DHET, Barberton is asking itself whether the decision would be made on merit or whether Barberton would be screwed by Mabuza’s suspected political and “personal” motivations.

I know you’ll be wondering too. 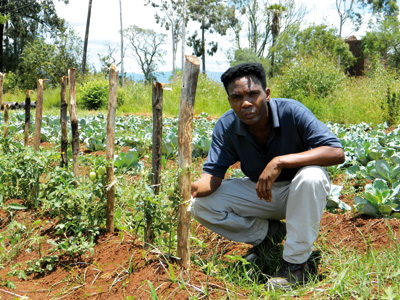 ♦ To those who missed Bheki Mashile’s column in the past two issues of Noseweek, he writes: “My apologies: my journalism has been interrupted by mandatory agricultural courses that I’ve had to attend in keeping with the government’s farm recapitalisation programme. It has been a tough balancing act which forced me to hold off on publishing the Umjindi Guardian – and on writing this column – for a few months. Nonetheless that has not stopped the flood of very good stories that constantly comes my way.

Farm or no farm, I have to find a balance to get these stories out, they are too important. With this one, what should be a cause to celebrate for the people of the province of the rising sun, Mpumalanga, has turned out to be a thorny issue that instils anger rather than joy, and an increased sense of mistrust of Mpumalanga Premier David Mabuza – and which has everyone nervously awaiting the next move. Everyone in Barberton, at any rate. The cause of the trouble? The establishment of a university in the province and its potential for lucrative land deals and development contracts.”