Books: Everything's going to be all right

Cast off the sackcloth and ashes. Cut the doom-saying. Forget the melodrama. The world may not be paradise, but there’s no sense in getting hysterical.

So say the authors of Megachange, a formidable cast of 20 intelligent and witty Economist writers and contributors. Tasked with doing a little sooth-saying on the coming half-century or so, their message is clear: breast-beating is pointless. And things are not as bad as they are painted by sensation-hungry media.

Besides, all that hellfire and brimstone stuff is, by and large, unjustified. The planet proceeds on it’s stately way, largely indifferent to the efforts of the short-term solution crowd. Most social change, despite political rhetoric, is incremental. It takes time to nudge human beings into acceptance of social, medical, and technological advances. 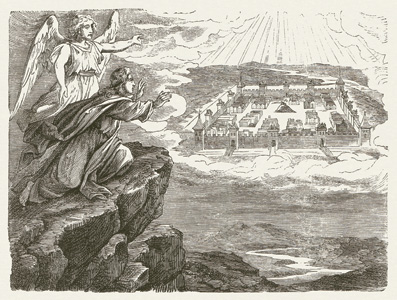 And changes there will be.

Matt Ridley puts the prediction game into perspective with a profundity by American baseball star Yogi Berra: “I never make predictions, especially about the future”. And then Ridley blithely prophesies that the coming 40 years “will not see the end of anything: not history, science, oil, war, capitalism, books or love”.

The grown-ups of 40 years ago warned darkly that the lives of teenagers of those times would be blighted by population explosion, famine, cancer epidemics caused by pesticides, nuclear fallout and all manner of ghastly visitations. Not to forget plunging sperm counts, mad cow disease and devastated ecosystems.

But, says Ridley, 40 years after, population growth has halved, lifespan increased by 25% globally and two-thirds of nuclear weapons have been dismantled. He denies cherry-picking cases to suit his argument. True, Arctic summer sea ice retreated in the first years of this century, faster than expected. But Antarctic summer sea ice increased slightly over the same period. “The seasonal ozone hole over Antarctica failed to recover... but the resulting skin cancer and cataract epidemic in Patagonia or New Zealand turned out to be entirely pseudoscientific.”

Global warming generally between 1970 and 2010 was measured at half a degree Centigrade and was slowest in the last decade of the four.

Unsurprisingly, it turns out that Ridley is the author of a book titled The Rational Optimist: How Prosperity Evolves. He is Washington editor of The Economist.

Daniel Franklin, The Economist executive editor, notes that one of the twin aims of Megachange is to identify and explore the great trends that are transforming the world, in everything from health to wealth. The other is to discuss the possible effects of these developments. The idea is to supply a helicopter view, and this lively tome certainly does that. 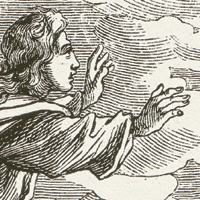 Despite the generally sane and sanguine tone of the contributors, they make sure to load their own prognostications with choice erroneous forecasts from the past. Sample: In 1914 British journalist H N Brailsford opined: “My own belief is that there will be no more wars among the six Great Powers.”

Megachange comes in four parts – People and Relationships, Heaven and Earth, Economy and Business, Knowledge and Progress. It’s an engrossing read, not least because, for a welcome change, it offers hope to a gloomy world. And it’s sophisticated relief from the jeremiads of the gloomsters.