Noseweek has written in great detail about the big debt-collecting firms. VVM, MBD – any old acronym that disguises the fact that these are basically whities operating in a world where you need to be dark if you want to get the work (see noses124; 128 and 149 on VVM, and noses149; 150 and 151 on MBD). There’s growing unhappiness about how these firms – which seem to buy or in some other way take over the debt books of large corporations, municipalities and parastatal organisations – pursue “debts” mercilessly, negligently or even deliberately overlooking rather important issues like the fact that the debt may have prescribed, or that the person being hounded is not the same person who incurred the liability.

The other big complaint is that, once these firms start hounding you, it’s impossible to speak to anyone who doesn’t appear to have had a lobotomy. You never get beyond a call centre that’s operated by poorly-trained staff. 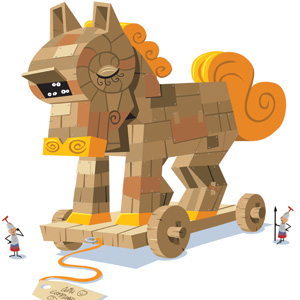 VVM (Van de Venter Mojapelo, if you’re wondering) has come to Noseweek’s attention again. This time they sent a reader a letter about a Telkom account. It’s the usual illiterate rubbish, but with a little twist.

“Despite our numerous efforts to obtain payment from you, you have neglected and/or refused to make any effort to settle your arrears in respect of this account. This has resulted in our client now proceeding with further action. Having regard to the above, further action and cost can be avoided if you make a minimum payment of R100.00 on or before 30 April 2012.

“Upon receipt of the minimum payment you will be automatically entered into a draw where you will stand a chance of having the full outstanding balance of your account settled/paid up courtesy of VVM Inc. The draw will take place on the 1st May 2012. Should you accept this offer, this may allow you to start the month of May with reduced debt.”

Two striking things about this latest act of desperation: first, it looked like a fairly blatant attempt to trick the supposed debtor into interrupting the prescription period (the period of time after which a debt is automatically written off and is unenforceable by law). Section 14 of the Prescription Act says that the prescription period is interrupted if there is any express or tacit acknowledgment of liability.

Presumably quite a few people will feel so intimidated by these threats that they will gladly pay a small amount, hoping the matter will go away – in the process, unwittingly acknowledging the debt, thereby destroying a defence they may have had.

Noseweek also suspects that this offer might well fall within the definition of a promotional competition under the Consumer Protection Act which imposes all sorts of requirements and restrictions relating to, inter alia, the payment of a consideration for entry to the competition, the publication and accessibility of the full rules and the announcement of winners.

Asked to comment on these two matters, VVM’s response came from chief operating officer Lior Woznica. It avoided the issues completely, of course.

“Our campaign is to encourage deb­­tors to settle their accounts. Incentives for settlement, whether by discount or otherwise, are common practice in any creditor/debtor relationship. I am sure that you have taken advantage of early settlement  discounts and/or offers, whether personally or otherwise!

“As you would be well aware, creditors are entitled to collect on their outstanding accounts, as would debtors be entitled to raise the defence of prescription.”

It’s no answer of course. A competition is a far cry from a discount. Perhaps the National Consumer Commission will take a look at this.

And perhaps the Law Society will finally stop sitting on its arse (as reported in nose124, it did very little about a complaint from a member of the public about VVM) since lawyers themselves are starting to make a noise about these firms who like to operate as ordinary businesses most of the time, but still like to be attorneys when it suits them. 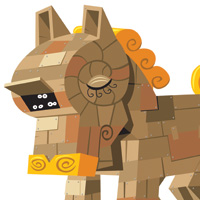 The April issue of the attorneys’ magazine, De Rebus,  carried a letter from a Durban lawyer, Alison Wixley, headed “Bullying Tactics – VVM Inc”. In it Wixley sets out in detail exactly how she had been harassed by VVM.

She ended her letter saying, “Behaviour like this is a blight on the attorneys’ profession, and sadly these are the attorneys to whom a large number of the public are exposed. It does nothing for the image of attorneys and should not be tolerated.”

One Krause Botha of VVM sent a testy response that concentrated on the minutiae,  disputing some of the events as related by Wixley. The bigger issues were, of course, ignored.