The elephant in the room is... Barack Obama. The film version of The Descendants daubs scenes of the president’s Hawaiian youth with positively obscene tropical lushness. Gauguin, thou shouldst be living at this movie hour. The film is an astonishingly accurate realisation of the compelling novel. And equally engaging. 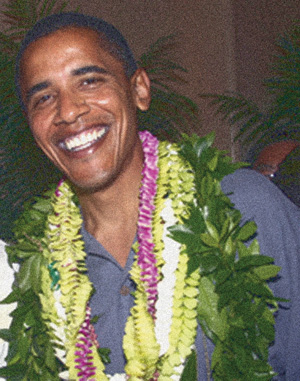 Either  way, it appears that the current leader of the free world was raised in settings of dreamlike natural opulence, among  amiably unpretentious folk.  There is a curious contradiction between the exuberantly lush vegetation and the stolid suburban character of the populace. As depicted by the author, anyway.

No racism. Not overt, anyhow. Just folks, getting along with the dangerously elaborate business of family life. Inhabitants of chilly Northern climes would be baffled by the traditional domestic familiarity of the cast. It seems that your average family, warts and all, is not necessarily transformed into a sustained unit of loving unity by stunning landscapes. It is downright embarrassing to be reminded so sharply of mankind’s irredeemably fractious and competitive nature, Eden notwithstanding.

But all is not lost: Descendants is truthfully funny, with scenes of loss rendered palatable by the quirky nature of the characters. Quirky, not outrageous. What initially appears to be a lazily irritable bunch, turns out to be Everyman en famille enduring the stresses and occasional joys of being alive in an unpredictable world. The book may suggest trouble in paradise, but it’s actually about home truths in the Western world.

Prickly adolescents and angry a 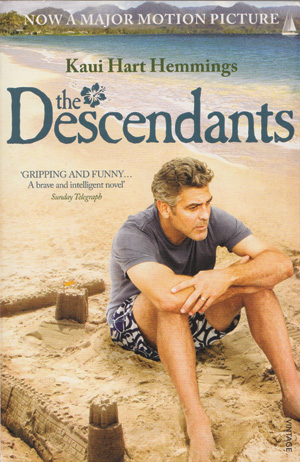 Hand-wringing doesn’t seem to help much. Especially since the grownups are relatively naïve about such matters. Besides they are often consumed by guilt – sometimes with good reason. So most people tend to simmer along in a sauce of seemingly irreconcilable values, modified by surprise realisations of the value of kith and kin in a cruel world.

Descendants offers a vigorous presentation, albeit in a tropical-postcard setting, of the current extraordinary revolution in family relations. And the fact that Hart Hemmings makes the reader chuckle or wince in equal measure is about right. Descendants is not a soppy solution novel. Does it hurt? Only when you laugh, and that is often.

Is the book better than the film? Pleasure in either production may lead to a personal investigation of the question. It is a compliment to both author and film director that, except for some intriguing minor variations, they are true to each other. Unlike the romantic protagonists of the tale.