NOTES:The lawyer is an ass

In their early days, MBD were collections attorneys for the South African Broadcasting Corporation (SABC) – and still are. In the late 1990s Noseweek reader “Ben” moved from Cape Town to the United Kingdom and, before doing so, he contacted the SABC to ask what steps to take when one disposes of a television set and leaves the country.  He was told to advise them by registered mail and include the name and contact details of the person to whom he had given or sold the television.  This he did.  And he kept the proof.

In due course a letter  arrived at Ben’s South African address from MBD demanding payment of R216 on behalf of the SABC plus R9 for the letter of demand. The letter referred to previous correspondence that had been ignored.

On 16 February 2000 Ben contacted MBD and spoke to Claudine. She was clueless regarding the “previous correspondence” and only interested in when the debt would be paid – and in how many instalments. Ben’s explanations that there was nothing owing, that the licence had been cancelled and that he was due for a refund, fell on deaf ears. Ben followed up with a fax to MBD noting the discussion. No response.

On 20 June 2000 another letter arrived from MBD which was opened on Ben’s behalf. It was a “Draft Summons to be Issued and Served” which now claimed R246 (inclusive of interest) plus attorneys’ fees of R75.58. On the face of it, it was a summons from the Johannesburg Magistrates’ Court, fully setting out all of Ben’s details.  But his attention – as a legal man – was drawn to one particular allegation in the summons:  “The whole cause of action arose within the jurisdiction of the above Honourable Court”.

What, you may ask, is the significance of this?  When you want to sue someone you are obliged to use a court having “jurisdiction” over the defendant.  This can only be a court in the area where the defendant lives or works or, lastly, the court where “the cause of action arose”.  The latter can be quite tricky to determine. In the case of a motor collision it is easy: the court in the area where the accident occurred has jurisdiction.  But in a case where someone defaults on the payments on their store card, summons would have to be issued from a court near their home or place of work as the plaintiff would not know in which court’s jurisdiction the defendant was in at the moment he or she breached the contract.

Ben phoned MBD from the UK to complain about being harassed over the debt, but he was not permitted to speak to one of the lawyers. The person to whom he spoke only wanted to know when payment would be made. After being stuffed around for almost nine months without success, he finally got through to someone at MBD who had loads of savvy, albeit minimal integrity.  The MBD staff member acknowledged that the Johannesburg Magistrates’ Court did not have jurisdiction but explained it in the following way:

“The amount we are claiming from you is R321.58.  We know that the Johannesburg Magistrates’ Court isn’t the right court to use but we are still prepared to sue you out of this court.  Even if you win your case with full costs  [What, in legalspeak, is known as costs on the attorney and client scale. – Ed.] on the basis that you win on the technical point that the court lacks jurisdiction to hear the matter, you will still be more than R321.58 out of pocket.”

“I wonder how MBD will respond to receiving fake court process? Worth a shot,” he told himself.

On 26 March 2001 he prepared and sent a “Draft Criminal Charge Sheet in respect of the crime of Attempted Extortion” by fax to MBD and their auditors, Louis Kruger & Co Inc, citing MBD and the signatory on the “Draft Summons”, MBD founder and senior partner Frans Lodewyk Munnik Basson.  (Wisely, he seems to have dropped the F L from his name. – Ed.) The “accused” must have been flummoxed by this as they took two months to respond. On Monday 28 May Ben received a fax from Munnik Basson.  This letter sought to educate him about the law-according-to-MBD.  Here are a few choice quotes:

♦  The suggestion that MBD has committed a criminal offence by threatening the institution of civil proceedings, on behalf of a client of the firm, is to say the least, preposterous.

♦  It is commonplace for attorneys to address letters of demand to debtors on behalf of their client.

♦  It is outrageous to suggest that a firm of attorneys, who advises a debtor, on behalf of a client, that should a debt which is lawfully due not be settled, lawful process will be pursued, has committed extortion;

(Mr FL Munnik Basson doesn’t seem to think that fake summonses and the expressed intention of misleading court officials in order to obtain a default judgment is unlawful – and an abuse of court process.  – Ed.)

♦  “…take proper legal advice before pursuing any course of action”; 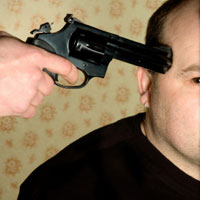 Of course, the issue of the alleged debt was not addressed. Ben, who only ever wanted to get the matter resolved and have MBD off his back, replied a month later to Munnik’s missive. The response was comprehensive. Two aspects dealt with by Ben are worth sharing:

♦ “By threatening to have a summons issued out of the Johannesburg Mag­­istrate’s Court and, further, by alleging that this court has jurisdiction, you have unlawfully and intentionally attempted to gain an advantage by subjecting me to pressure in an attempt to have me make payment to your client. For this reason I am naturally subjected to pressure by you to pay to your client the amount claimed, notwithstanding that fact that it may not be owed.

♦  “The unlawful aspect of your conduct relates to the threat to issue summons out of the wrong court. In the light of your allegation that  ‘The whole cause of action arose within the jurisdiction of this Magistrate’s Court’ the Clerk would be legally entitled to grant a default judgment.  When one looks at the way in which the threat has been couched and the results envisaged one comes to the inescapable conclusion that you and/or your firm would know beforehand that the conduct is unlawful.

“It was clearly intended that the ‘Draft Summons’ would operate as a threat and that you intended me to see it as a threat – not only as a summons for debt but as a threat that I would have to defend the matter in the Johannesburg Magistrate’s Court. Obviously you (and the SABC) would gain an advantage as a result of the threat but, furthermore, you know issuing summonses out of the wrong court AND alleging, ‘The whole cause of action arose within the jurisdiction of this Magistrate’s Court’ is unlawful.

“There is no doubt in my mind that you deliberately threaten debtors with Draft Summonses so as to extract payment out of them but, more particularly, threaten to sue debtors out of a court which is sometimes hundreds of kilometres away from where they live, in order to acquire a tactical advantage over them. I remind you that on 15 February 2000, in response to the one and only letter of demand received by me from your firm, I cautioned against this unlawful conduct by writing:

“It would seem to me that your Messrs Munnik Basson and Dagama are the sort of crooked attorneys who would have no hesitation in issuing summons out of the wrong court for their own convenience.”

Munnik Basson responded by fax shortly afterwards saying that MBD would have no further contact with Ben,  except by way of court process.  Ben has not heard from MBD again.  Bravo! And good riddance!