Mr Nose has been known to find a situation so dire as to justify the unthinkable: a quote from Ayn Rand. It is with a similar sense of trepidation that he finds himself reporting with approval a speech made in Parliament on 28 February by IFP MP Mario Oriani-Ambrosini. He posed the question: How much protection does our government – and Minister of Trade Rob Davies in particular – really offer consumers?

It seems not much.

“For two years I have been requesting the Chairman of the Portfolio Committee on Trade & Industry, the Hon Joan Fubbs, to schedule public hearings specifically to receive the grievances of a multitude of consumers against our banks, insurance companies and cellular communication companies – and then to launch an investigation into why the Consumer Commission is so ineffective in these three fields. It seems that these three groups of companies are above any type of accountability.

The Hon Fubbs and the ANC management team in that committee have thus far refused to hold these companies accountable.

“I have been the victim of extortion by Vodacom which forced me to pay outrageous international data roaming charges which it could not even begin to explain or document.

“My wife has been the victim of an aggressive marketing scheme of Cell C, which borders on fraud. I have first-hand experience of the incompetence of the insurance ombudsman, as well as of the collusion between Outsurance and First National Bank.

“If I, as a Member of Parliament, could get no redress from their customer services departments, ordinary citizens are left with no help. We have allowed banks and insurance companies to shield themselves with their own ombudsmen, who they pay and control.” 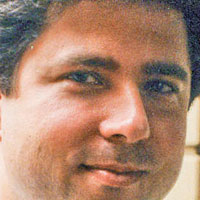 Ambrosini said he would be launching a website, called www.daylightrobbery.org on which members of the public would be invited  to place their own “horror” stories. These stories will ultimately be presented to the minister and the parliamentary committee “in the hope that they may finally choose to listen to the voice of the South African people and stop protecting those who, effectively through racketeering, are imposing on us all some of the world’s highest costs for banking, insurance and telecommunications”.

It was, he said, the responsibility of Parliament and the minister to hold the Consumer Protection Commission accountable for its failures in this matter.

Noseweek has, of course, for years been canvassing these issues on behalf of its readers. Type the name of any South African bank, insurer or cellphone service provider in the search field at the top of our home page and strings of relevant article references will come up.