The Johannesburg kerbside parking controversy isn’t going away. As reported in nose149, the good people of Joburg will in future be charged for parking by marshals employed by 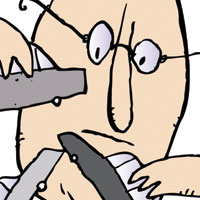 Ace Parking, a company that will keep 75% of the revenue and which appears to be owned by one person, Juliet Paulsen. The payment system has been in place in Braamfontein and the CBD for some time, has recently spread to Parkhurst and will be reaching out to many more suburbs shortly.

On 6 March, Mervyn Smith Attorneys submitted an Access to Information request to the city,  together with a demand that the implementation of the parking system be suspended pending the response. The attorneys, acting for “a number of concerned world class citizens”, want a raft of documents including minutes of meetings, information regarding the tender process for the contract, the contract itself, the letter of appointment, documentation explaining how the 20 affected areas were chosen, and documentation showing how the hourly parking rate of R8 was determined. Their letter quotes liberally from the Noseweek article, and makes some interesting new claims:

The recent Cosatu e-tolling protest march shows that the people of Johannesburg are not prepared to pay for the privilege of driving on their roads. We suspect that they may feel as strongly about having to pay to park on their roads too.