Well, after much time in Segregation we are given permission to use the prison library, Ben and I, callooh callay, but I don’t mean physically, GO to the library and browse around hum-te-tum for something cheerful to pass the time, Lord love you no! The librarian is an A-group bandiet with matric so he knows what he’s doing and he has a couple of trustee bandiete with clean records because they don’t smuggle stuff and if you want light reading they go to the shelves saying Storybooks and send two of them to your cell. I opt for one Storybook and one Studybook, and a ou name of Poesie de Kadt does the delivery. Ja, men, seg ou Poesie, if you got snout I can smokkel it for a hel of nice book all about Gaaard and where’s eternity and all that goeters, it come from a ou who got hung. Ag nee wat, ou Poesie, ’ksê, where from must I get snout in Seg, man, and anyway I gave up Gaaard and eternity when I was still in school. I’ll just stay with the Storybook and Studybook.

The Studybook is a slim volume on how to get a driver’s licence in the City of Pretoria in 1932, with pen-and-ink drawings of an Austin 7 (horsepower, that is, in case you thought it was litres) with the canvas top down so you can see the driver with suit, tie and high-speed motoring goggles making hand signals as he prepares to overtake an ox wagon with a full span of 16 beasts. That sort of thing. How never to blow your hooter at a horse. The Pretoria Public Library had a clean-out some time round 1950. 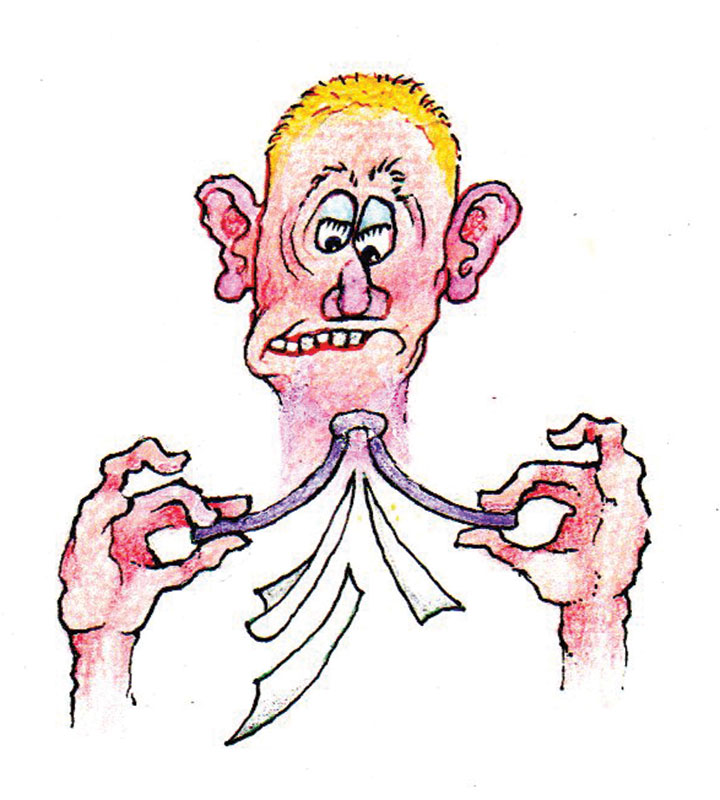 The Storybook has been a handsome volume in its time, on good paper, presently it looks like the mouth of an old pensioner whose false teeth have gone overboard on a rough ocean voyage. Few pages remain, the rest got smoked with gesmokkelde snout in consequence of being good paper, as described. A straight history, it turns out to be, about a certain Captain Whatshisname R.N. sailing up a Canadian river in colonial days, only which river, which colonial Frogs he was shooting his cannons at, and what their gripe was anyway, such details are anybody’s guess. All has gone up in smoke. But never to worry, day and night over the next couple of months I fill in all the missing bits inside my head, and somewhere in there the tutti exists to this day as a full-on novel, and come to think of it why don’t I stick it all on a CD and sell it? Which matter I’ll come back to, but first let me tell you about Ben and his studies.

Studies, now, are a great privilege. After much agitation outside, see, we are allowed to sign up with Unisa for a BA, and Ben opts for English. Literature. The history of the English novel. That sort of esoterica. Jesus, Ben, say I, you’re going to do that in boep? Are you trying to break your spirit or your heart or what, man? He looks down his proverbial nose at me and quietly says: Watch me. Which I do. And after six weeks or so he says to me, he says, You know, says he, I’m getting a bit anxious about books I’ve sent for from the Unisa library. I’m supposed to be critically reading roughly one novel a week by my calculation and after two months I haven’t received one. Go straight to the top, say I. Speak to the Super when he comes on inspection tomorrow. Which he does.

The Superintendent is a fat fart name of Colonel Aucamp and he says to Ben he says Ja, says he, you are allowed Studybooks from the university library but no Storybooks. Maar Meneer, says Ben, his voice rising in pitch but not in volume because if he shouts at the Super he will go three days without food, Meneer, he stammers, I am studying the novel. Aucamp narrows his eyes and looks at Ben sort of sideways and foxily grins like nobody’s going to fool him after 30 years in the Prison Service, hey? Novels is Storybooks, says he, we got five thousand in our library here and you can have two a week. Maar... maar... maar... says Ben. Aucamp is losing patience. You got nine books in your cell, man, says he, personal books for your study privileges. What next? Ben wants to hit him next. I make silently with the eyebrows. Do that, say these brows, and your bum will be turned to solid scar tissue with a long thick malucca cane soaked in salt water. No novels, no storybooks! says Aucamp, and wobbles off. 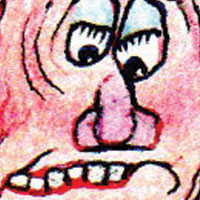 The problem, say I to Ben bimeby when he’s stopped boiling, is that a novel IS a storybook. Well, ought to be, and a story is only as good as the skill of its telling. Telling it in homogenised pasteurised officialised proper grammaticalised language as if one is in a court of goddam law is a certain death sentence to a good story. In those old days of the troubadour, the wandering minstrel, there was also the wandering raconteur, the story-teller, and he could tell you all right what makes a good yarn, joke, story, all art, and it is presentation. He could also tell you all right what would happen if he got the presentation wrong. His audience would throw their bloody shoes at him.

All art arises out of technique. It is the brushstroke that gives a Van Gogh its final meaning. The Japs know this, it is Zen, that’s why they pay seven million dollars for a vase of sunflowers. Being now an old toppie, I should be permitted to throw my shoes at sententious puffed-up exhibits of Coarse Art. I should also be permitted to perform public book-burnings of lousy pretentious laboured sqeezed-out constipated novels.