When news of the arrest of one Matthew “Mans” Khumalo was brought to the attention of the Umjindi Guardian, I dismissed it as just another government fraudster busted, big deal. And anyway Christmas was fast approaching and I needed a break. But my source kept insisting: just go and see the house Khumalo’s built – at extension 12 Emjindini Township – and eventually I relented.

Upon seeing the pile, I had to laugh: what (allegedly) corrupt blithering idiot would go and build this palatial abode for all to see? There was nothing for it, I’d have to work over Christmas. Within days I’d discovered that Khumalo’s arrest by the Hawks on December 23 on charges of fraud and corruption, related to possibly the biggest scam yet perpetrated in Mpumalanga. Sources allege the scam also involved several more senior officials.

The 30-year-old Khumalo was appointed on 1 June 2007, as a relatively lowly administrative officer on a basic salary of R13 048.50, netting R9 808.08 after deductions – hardly enough to build a R6m-R8m house,  and buy three nearby stands and a fourth plot in another part of Emjindini, as well as a house in town.

Khumalo’s home and other assets have been seized since his arrest, and he has been suspended from his job.  He is also accused of using municipal vehicles for private purposes and of receiving kickbacks. In addition, he faces a charge of fraud surrounding the submission of fake qualifications to secure the job with the Enhlanzeni District Municipality.

The Umjindi Municipality appointed him as an accountant (expenditure) officer in March 2007, then withdrew the appointment. Three months later, the district municipality  employed him as an administrative officer.

Umjindi says Khumalo was never on their staff: “information submitted on his CV relating to his qualifications was questionable and he was unable to submit proof of qualifications…”

Khumalo’s appointment by the dis-trict municipality appears to have been orchestrated. His CV is so ludicrous it defies logic that the district could not have come to the same conclusion as Umjindi Municipality.

In it, Khumalo declares: “I am innovative, reliable, honest, loyal and self-motivated.” Under qualifications, he lists: Quantitative Micro and Macro economics; Project Selection & Evaluation; Public Administration; Public Expenditure Analysis; Project Appraisal; Financial Administration in Public Sector; Money and Finance; and Agricultural Economics – all supposedly obtained while studying for a BCom in Economics at the University of Zululand in 2005, and for a one-year Development Economics course at the Unisa in 2007.

To substantiate his academic achievements, Khumalo’s CV states that he studied a whopping 40 modules related, one way or another, to his key qualifications. Certified copies of these modules are included in his CV package.

But, surprise, surprise, no BCom in Economics from the University of Zululand and no certificate from the year-long course in Development Economics from Unisa. Equally suspect is the CV’s list of former employers. They include the Umjindi Municipality, the Umjindi Resource Centre and Statistics SA. The Umjindi Municipality says he was never employed there. The Umjindi Resource Centre says the same – quite apart from the fact that it is little more than an internet café in the basement of the Barberton Town Library, staffed by volunteer students or recent graduates. Statistics SA, for whom Khumalo claimed he was a field worker in 2001, had not responded to my query before going to press. 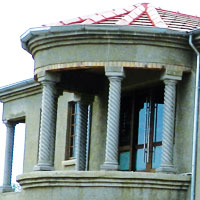 On December 12, roughly 10 days before Khumalo was nabbed, the National Education Health & Allied Workers Union (Nehawu) asked the district’s finance manager, Andries J Khoza, for printouts of all procurements made for Umjindi Cost Centre between April 2010 and December 2011. The union said this would enable it to submit evidence of suspected fraud and corruption (allegedly by Khumalo and others) to their senior manager.

The district’s reply came from senior manager Ms Mafalda Khumalo. “I regretfully am unable to provide you with the information you are requesting, the reason being that, as a union, you informed management of the alleged fraud and corruption at Umjindi Office and indicated, when asked, that you have evidence that you can produce. You were then requested to submit it to [us to] enable the department to investigate. Your request is thus not approved.”

To its credit, the provincial Department of Public Works, Roads and Transport has launched a probe into Khumalo’s alleged fraud and corruption as well as into his appointment.