BOOKS: Meanwhile, back at the ranch...

Never underestimate the little people – for better or worse. While the lords of creation swig champagne in Washington, Bloemfontein, London, and ports beyond, their support staff are often plotting private, dangerous, petty courses. 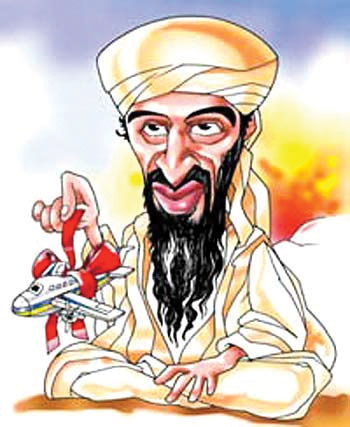 Grandiose national strategies are all very well, but things can (and do) go seriously awry if weak leadership allows the  Umpteen-Year-Plan to go wrong, go wrong. go wrong, due to infighting in the ranks.

Chuck Pfarrer, in his energetically macho and seriously persuasive Seal Target Geronimo, is contemptuous of the US bonfire of vanities which permitted the horrors of 9/11. He paints a picture of unforgiveable bureaucratic inertia in both the CIA and the FBI. Praise is contrastingly fulsome for the awe-inspiring derring-do of the SEAL teams, which killed al-Qaeda founder Osama bin Laden in his Pakistani hideaway.

The US Navy’s SEALs are the elite special operations force in the United States military, operating directly under the Joint  Special Operations Command (JSOC, pronounced Jaysoc).

The book bristles with technical acronyms, but it could be argued that the author is keen to prove his insider credentials in order to launch informed accusations of monumental incompetence in the vast security bureaucracy of America.

Pfarrer disdainfully lays into the hordes of time-servers and desk-wallahs who ignored a tide of secret agents’ specific warnings of the plot to use passenger airliners as missiles aimed at symbolically significant US targets.

According to Pfarrer, the in-boxes of the security services were crammed with frantic calls-to-arms from agents in the field – but too many head office individuals were too busy defending their professional corners and pensions to bother about all that paperwork.

The recriminations are fascinating; so is the background to Bin Laden’s demise. Who would have thought that the most notorious villain in the world was actually a spoilt rich boy who thrived on the flattery of obsequious deputies with separate agendas?

For years, this moneyed son of a millionaire simply doled out cash to those who claimed to be plotting the demise of the West. And of course there were many seething with rage at the indignities inflicted on Arab lands by successive defeats in wars against American-backed Israel.

But Bin Laden had no military training or experience. When he pitched up in the Afghanistan interior with a rag-tag convoy of hangers-on, to give sustenance to the locals battling the Russians, he was dismissed by the warrior tribes as dangerously naive. Pfarrer lists sundry other instances of his above-it-all vacuity, in startling contrast to the murderous actions he sponsored. Seal Target insists that Iraq’s weapons of mass destruction did exist, media scepticism to the contrary, and that Bin Laden connived at the use of Saddam’s secret stashes of nerve gases and the odd bottled plague.

Vanity made him vulnerable to the likes of brilliant Dr Ayman al-Zawahiri, who just happened to be a sociopath killer. The poisonous doctor exploited Bin Laden’s orthodox Muslim piety with wild plans for the restoration of the caliphate – Arab dominance from Spain to China, like in the good old days.

As Bin Laden’s rival courtiers plotted their own advancement, their numbers fell away suspiciously, till the slippery Zawahiri gained a dominant influence over their paymaster. The doctor, thinks Pfarrer, may have tipped off the Americans to the whereabouts of various al-Qaeda cadres – and eventually of Bin Laden himself. We shall never know. Zawahiri met an untidy end.

Pfarrer sometimes overwhelms the reader with techno talk of the astonishing array of sophisticated marterial employed by the SEALs, but he is a sufficiently intelligent writer to sustain the progressive tension of the hunt fo 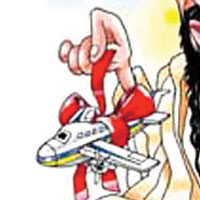 His respect for the men who carried out that mission is huge. And, clearly, these are incredibly seasoned, tough, brave men – the direct opposite of the officials fighting for personal promotion Stateside. The two species must detest each other, if Pfarrer’s sneers at the pen-pushers are remotely justified.

It would seem, however, that 9/11 had one significant benefit: it forced the realisation that navel-gazing bureaucracies have to learn to cooperate, however reluctantly, if America’s security is not to be compromised. They must share intelligence or suffer the consequences. South Africa, please note.