BOOKS: You don't think what you think you think

I am fascinated by how people – mainly business people – make investment decisions. I’ve always wondered how on earth anybody could ever commit large amounts of money to projects with very uncertain returns. John Maynard Keynes called this “animal spirits” – the desire for action that is not justified by (rational) analysis. Without it, we wouldn’t get much business activity – it’s very seldom that there is a “no brainer” investment opportunity in business. 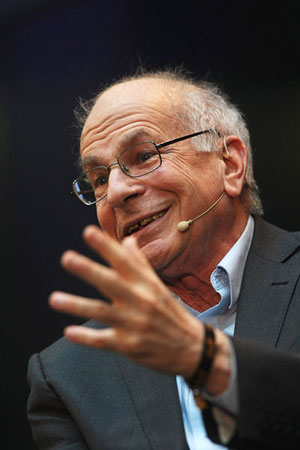 It was thus with great interest that I read the psychologist Daniel Kahneman’s new book Thinking, Fast and Slow. It’s written in memory of Amos Tversky, his long-time friend and research collaborator who almost certainly would have won the Nobel Memorial Prize for Economics in 2002 along with Kahneman and Vernon L Smith. According to the citation, Kahneman won it for “having integrated insights from psychological research into economic science, especially concerning human judgement and decision-making under uncertainty.”

The book presents a broad overview of the results of Kahneman’s life work, mainly with Amos. They explored how people make decisions and identified two very different systems of thinking that we seem to use to guide ourselves through our lives – the “fast” and the “slow”. The “fast” refers to our intuitive approach to decision making – the snap judgments that we make all the time, mostly accurately and helpfully, but almost always in an unconscious, and potentially biased manner. The “slow” refers to the rational, considered side of our decision-making selves. It’s how we’d like to think we think, but as it is hard work, and we are essentially lazy, we generally try and avoid it if we can.

The analysis of the “fast” thinking mechanism was the bit of the book where I learned the most. As he puts it: “You believe you know what goes on in your mind, which often consists of one conscious thought leading in an orderly way to another. But that is not the only way the mind works, nor indeed is it the typical way.” Our “fast” thinking system tries hard, but can be misled by experience or data that is available (but is incorrect or irrelevant), by its need to explain causation (we really want to explain why things happen when in reality randomness is far more common than we realise or admit) and finally when faced with difficult problems, our “fast” thinking tends to adopt heuristics – it answers different (but easier) questions. All of these factors mean that we are generally far more confident than we should be in our intuition.

The book presents many fascinating examples of how our environment influences our decision-making behaviour. Asking people to smile or frown while completing a task can affect the way they feel about the results of the task; seeing pictures of old people during a task affects the speed of the people leaving an experimental venue. Even our ability to conduct “slow” thinking is influenced by our environment. A worrying example of this was a study of judges’ behaviour when considering parole applications. If your application was at the top of the list after lunch you had a systematically higher chance of being approved when compared to somebody at the bottom –presumably reviewed when the judges were more hungry.

What was most interesting to me was the extent to which the fast dominates the slow, and – because it is imperfect – the extent to which we are susceptible to systematic biases. This is both very worrying and comforting to me in my job as an investment advisor. I’m worried about their affecting my advice, but at the same time realise that their existence gives me an opportunity to provide such advice in the first place.

While covering academically important issues (as evidenced by his Nobel prize), Kahneman’s new book is not a piece of academic writing. Far from it. In fact, he explicitly has 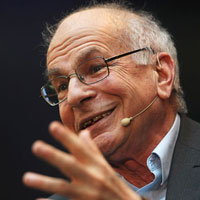 written this book to make his work accessible to that peculiarly American institution – the water cooler conversation. I found myself discussing it – and its implications for me in my job – with my friends during mountain bike rides, so I think he achieved his purpose.

It’s written in a beautifully accessible style: simple and clear, yet not patronising or simplistic. Anybody can read it and most will enjoy it.