John Block, the notorious ANC leader in the Northern Cape, seems to have been instrumental in making life difficult for the official who sanctioned his illegal mining of a state-owned salt mine, using a fraudulent permit.

The former regional manager of the Department of Mineral Resources in Kimberley, Jerry Mndaweni, has fled town – and he’s taken to using an alias. But Mndaweni – or Jerry Monyepao, as he now calls himself – denies that his name change has anything to do with the police having been called in to investigate the use of forged mining licences that took place on his watch.

Mndaweni told Mr Nose he had not been quizzed by police and had changed his name because, “Well, my biological father is Monyepao; there’s nothing funny about it. I’ll get around to changing my name officially some time. Please don’t use the old name though – I just don’t like it and I definitely don’t want it in the press. I want to break with the past, but there is nothing sinister about it.”

He also says he has nothing to worry about: “Yes, the Supreme Court of Appeal (SCA) said some nasty things, but I am not worried.”

Jerry Mndaweni was reported to the police by the SCA in June after the court had heard evidence that – in the judge’s words – beggars belief.

In the SCA judgment, delivered by Appeal Judge Azhar Cachalia, Mndaweni was found to have allowed ANC Northern Cape chairman John Block to operate a state-owned salt mine, armed with only a forged mining permit, probably drawn up by Block himself. Judge Cachalia found that “venality” – the willingness to accept bribes – may well have played some part in the Department of Mineral Resources’ treatment of Block.

Mndaweni’s conduct came to the court’s attention after Saamwerk Saltworks had to go all the way to the highest court of appeal to get Block, a former ANC Youth League leader, off their mine.

Among the damning documents that the court had sight of is a letter from the Chief Mine Economist at the Department of Mineral Resources in Kimberley, Tshwaro Petso, who wrote to Mndaweni in 2007 saying that, while Block claimed to have paid royalties, “this applicant has been conducting illegal mining for the past two years and has not paid royalties according to the issued right.”

All the same Mndaweni allowed Block to carry on for several more years, despite the forged permit and the faked financial returns.

When Saamwerk Saltworks, the company that had a genuine mining right on the salt mine, went to the police, Mndaweni “ran interference”, telling the cops that there was a huge misunderstanding – lying through his teeth to protect Block.

While South African Saltworks was the first company to mine the salt mine, SA Saltworks let their mining rights lapse and Saamwerk scooped up the right by applying for a permit to mine on the same farm. Their application was successful. However, when the company tried to begin mining, it was blocked by Mndaweni and Block. Block would not move off the mine, and Mndaweni suddenly claimed that SA Saltworks had an “old order” mining permit that had not yet expired.

Mndaweni claimed there had been “a huge mistake” because, for some reason, his department had issued Block with a mining permit but had failed to record the permit’s issue on any official register. The “official registers” of mining permits – some worth billions – kept by Mndaweni amounted to no more than A4 exercise books were recorded. Well, that’s the story he gave the cops when Saamwerk complained to the police.

Court records show that after Salt-works lost their mining permit, Block visited Mndaweni and showed him and his officials what purported to be an old mining permit that had not expired. It patently could not have expired because there was no expiry date on it – as is required by DMR regulations.

Mndaweni’s own records reveal that he and his officials were convinced from the outset that the permit was a forgery. All the same, while publicly agreeing with his staff that it was a fake, Mndaweni wrote to Block confirming the permit’s validity and telling him to go ahead with mining. When Saamwerk went to the police, Mndaweni simply told police the permit was genuine.

Judge Cachalia noted that Block made no attempt to describe how he came by the forged mining permit.

When approached for an update, sources at Mineral Resources in Kimberley were less than keen to discuss Block – currently out on bail and facing charges of tender fraud not related to the salt mine debacle. Block has since vacated the mine that he hijacked – allowing the rightful owners to continue mining operations.

Lesego Letebele, Block’s spokesperson, said he and Block had read the judgment – but were not losing sleep over it. “After careful consideration of the judgment… it is clear there is 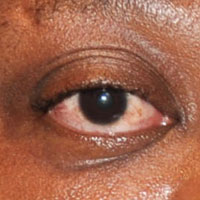 no suggestion of impropriety on the side of MEC Block. We note that the said judgment would be referred to the various government institutions for consideration and [we] await responses from these authorities before any final statement is made.”

Monyepao-Mndaweni, too, has yet to answer for his involvement in the forged permit saga. Like Block, he’s not been losing sleep over the judgment: “So they said some nasty things – you just have to take it like a man and carry on. I am happy that I did a good job in Kimberley and I don’t have any regrets.”