Books: Cry me a river

It’s all there. The despair, the hope, the outrage and the beauty. Tim Jeal’s Nile title isn’t quite appropriate – his richly detailed and researched tome marches adventurously through history, and peers soberly at the future, of the entire continent. It certainly is not dealing merely with exploration of the great river.

The subtitle is to the point: The Triumph and Tragedy of a Great Victorian Adventure.

And where better to launch on the Nile’s alluringly mysterious waters than with the mad energy of England’s Victorian entrepreneurs?

The mystery of the source of the Nile magnetised their imagination and beguiled the public mind. The richest country in the world could afford to invest in exploration. After all, aside from visiting “civilisation” on the innocent soul of the Dark Continent, there might be a buck or two to be made out of it.

So the Royal Geographical Society financed various ventures into the wild blue yonder. Britain was already committed to supposedly benign governance of Egypt, on behalf of the Khedive’s bankrupt government. The Scramble for Africa was born as rival European powers sponsored competitive ventures into the interior in search of riches, prestige, political advantage and Christian converts.

The British pioneers who went ahead were fired by all of the above, but some were men of high principle and courage. These were tested in terrifying ways that evoke Conrad’s Heart of Darkness. For central Africa was rotting with the virulence of the hugely profitable Arab-Swahili slave trade, the consequences of which bedevil the continent to this day.

Colonialism, now a term of dark opprobrium, had some worthy advocates in it’s heyday. And, for enterprising offspring of the astonishingly creative industrial revolution, unknown Africa posed a challenge.

Stern, but just, missionaries like Livingstone loathed slavery and hoped to bring peace and profits to many remote territories.

He and the likes of fellow explorers Speke, Burton, Stanley and Baker, fought their way through unbelievable horrors as hugely powerful slavers, Arab and white, did their damndest to obstruct their activities. Or to kill the interfering pith-hatted ones.

The explorers witnessed cruelty evocative of the Inquisition’s worst excesses: 2 000 tribesmen slain in a vain attempt to cure a chieftain’s bellyache; promising tribal boys, called Readers in recognition of their aptitude for learning, had their arms roughly amputated and were then slow-roasted for ambitious impertinence.

We know that Belgium’s Leopold II proved his nobility by condoning mass slaughter in the Congo, and the Germans massacred the Herero in South West Africa. We are aware of these heinous crimes. But the sheer scale of the huge and ancient slave trade, with its indifference to African suffering, is mind-boggling.

Those hymn-singing types insisted on disrupting the economies of various little principalities where chieftains had lived for years on the profitable exchange of slaves (who were sometimes kidnapped neighbours) for useful items like cloth and beads. The Arab slavers were ruthless, even killing sick slaves by the wayside, in case rival businessmen found them and accrued free property thereby.

But the core of the cancer of Africa lay in the Sudan and Uganda, says Jeal. The eventual colonial failure to create culturally intelligent and viable borders between Muslims and others still seethes as, apparently, does the slave trade.

The opportunity for wise territorial compromise was there in colonial times, but the entrenched slave business created ruthless opposition to the pious overtures of the missionaries, many of whom died for their troubles.

Jeal’s research is remarkable. The Index alone is awe-inspiring. He has the enviable gift of managing to impart scholarly information while rendering lively portraits of characters who have been embalmed by history.

The rivalry between Richard Burton and John Hanning Speke is a thriller on its own. Nearly all of the explorers were products of insecure childhoods, displaying courage and resilience beyond belief. But some are better men than others. The battle between the vainglorious Burton and the modest John Hanning Speke is an alarming warning to choose agreeable travel companions.

Trapped in the intimacy of shared tents in the jungle, they grew to detest each other. Burton’s adoring wife besmirched Speke’s reputation as brave explorer in her writings, while she campaigned for her jealous husband’s knighthood. Burton, who enjoyed projecting an attitude of sexual ambivalence (Jeal describes him delicately as “sexually inquisitive”), while Speke was clearly the soul of honour. Burton won the PR battle, but Jeal’s book goes a long way to restore Speke’s honour.

Then there was brave David Livingstone, the workhouse orphan who, unbelievably, managed to educate himself into his doctorate and a determination to bring the Lord to Africa.

Stanley, likewise, had very modest beginnings. He was illegitimate, abandoned by his brutal mother and, when he became famous, his wicked stepfather was waiting to  welcome and demand a pension from him. Oh, and his flighty young beloved decamped because he took three years, instead of two, to complete a mission. 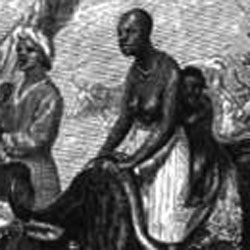 Jeal notes that the colonial period in Africa lasted in most colonies for a mere 75 years. “That period is likely to be seen as one of many contenders – along with the Cold War, superpower sponsorship of dictators, Aids, malaria, drought, corrupt leaders, incompetent governments, ethnic civil war, and an unfair international trade system – as a contender for the title of ‘principle cause’ for why 50 years of independence has proved so disappointing”.

But he quotes a leading post-colonial expert, John Iliffe, saying “There can be too much pessimism about the after-effects of empire.

Certainly, not many urban Africans would wish to return to how things were in the 1880s.