Marney van Zyl, the silver-tongued scoundrel whose antics and their resultant trails of devastation were recorded in nose143 and nose145, has been arrested and reunited with the inmates of Sun City (Johannesburg prison). The build-up to his latest incarceration makes a continuing lively tale.

Readers will recall how sympathetic magistrate Lalitha Chetty gave  Marney a 24-month or R20 000 fine, suspended for three years, when he pleaded guilty at Randburg Magistrate’s Court in July to stealing R40 000 worth of items from former soulmate Brenda Margach. The prosecution did not proceed with charges of defrauding 17 guest-house owners of more than R100 000.

Latest sighting of the lanky 55-year-old was at the Hurlingham Manor home of Maria Hunter, 68, whose monthly income of R1 200 from a state pension is augmented only by the R6 800 rent she gets from the furnished cottage in her garden.

Last month the cottage fell vacant and following an ad in the Sandton Chronicle Mrs Hunter received a phone call from a man describing himself as Dr Marcus Gouws, a surgeon at Groote Schuur Hospital in Cape Town. Dr Gouws, who said he spent much of his time doing good works in Somalia for the United Nations, was interested in renting her cottage for three years to accommodate visiting doctors undergoing training. As a sign of good faith, he could offer three months’ rent in advance, and there would be no problems, since the money would be coming from his sponsor, the UN.

A couple of days later Mrs Hunter received another email from “Dr Gouws”. Unfortunately he was on his way to Israel for a conference and couldn’t sign the lease and pay the advance rental until his return at the end of October. But in the meantime t 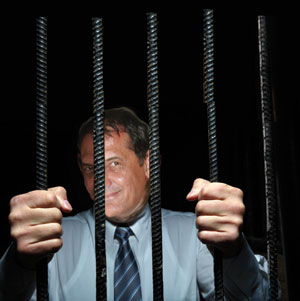 he UN’s top money man Mr Marney van Zyl was coming to Joburg and needed a place to stay immediately. Could he move into the cottage and everything would be sorted out when he (Gouws) got back from Israel? Of course, of course, said Mrs Hunter.

On October 18 the UN’s money man arrived on foot at her gate. “I’m Marney van Zyl and I believe I’m to stay here with you until Dr Gouws comes up,” he announced. Marney quickly won over Mrs Hunter with his beautifully-spoken Afrikaans and stories of his life in Cape Town, where he had a beautiful home, jogged 15km on the beach every day and had single-handedly raised four children after his wife died of cancer.

Next morning Marney was up early and off, he told Mrs Hunter, for a meeting at Melrose Arch. Later she got an SMS from him, saying he was at a game farm and asked her to take in his washing – jeans, socks and a couple of shirts – from the line. Mrs Hunter did so, and thought it odd that a man working for the UN should have socks full of holes. Inside the cottage, she found an empty bottle of “the cheapest wine you can buy” and a small packet of mealie meal.

She was mulling over this when a detective appeared at her gate, waving a copy of Noseweek with a page-length picture of Marney. He had been arrested in a Sandton mall and had given Mrs Hunter’s cottage as his address, the detective said excitedly.

It emerged that Marney had been relaxing in a coffee shop when he was spotted by a woman named Mary, who had very recently rented him her garden cottage in Bryanston, with unfortunate results.

“Arrest this man!” screamed Mary and a Zulu security guard obliged, while Mary hurried to Sandton Police Station – where she promptly had a heart attack. (Friends say she’s made a good recovery).

Marney was taken off to “Sun City” and when he appeared at Randburg Magistrate’s Court for a bail application he must have been surprised to see his one-time friend Fred Boltman, director of Phoenix College in Braamfon 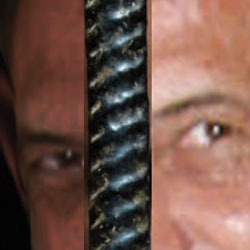 tein, sitting in court (nose145). It transpires that police from the commercial branch had asked Boltman to attend to identify Marney.

His bail application was adjourned.

Sandton police tell Noseweek: “There are two cases linked against him. A Sandton case for fraud of R8 000 in October, and an old commercial branch one from 2008 involving fraud to the value of more than R100 000.”