Now Sir Bartle Frere (I piss upon his mother’s grave), British High Commissioner for Southern Africa, he deeply desired to see his name writ large in the annals of Imperial Glory, whilst General Sir Garnet Wolseley (his mother’s also), Governor of Natal Colony, he didn’t have to desire quite so hard because he already had his name writ there, not only large but also in italics, for stuffing clean out of sight assorted Natives, Chinks et al in this or that part of The Empire. Though, of course, said Empire hadn’t done too well at Majuba, where farmers of the Boer Republic had stuffed it clean out of sight and a 14-year-old lad had plugged General Sir George Colley morsdood een skoot through the head at 200 yards, maybe three. Poor Sir George, the Queen had said upon hearing the sad news, and that, one would have thought, was that. 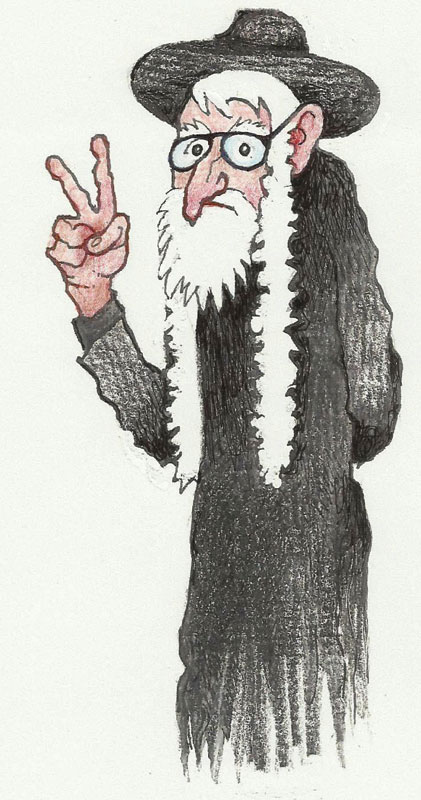 But thereafter Sir Garnet had got the Empire’s own back by declaring in the News of the World, London, that Your Boer is a dirty fellow, in his dwelling, his person and in his military morality, whose life is crude and unhealthy. Quite unlike Our British farmer, one supposes, who wears a tie whilst ploughing his fields and raises his hat to ladies. We-e-ell, let’s say Our English farmer, I mean I’ve seen a couple of rough ones in Scotland, hey, where me auld faether came from, but then the Scots were also a bit sort of, you know, Boerish. I mean I once worked on a farm in Scotland and there witnessed the foreman, raising his hat to a lady whilst peeing on a tree.

What Sir Bartle had in mind when he arrived down this Pom end of Africa a few years after all that dirty Boer warfare at Majuba was to tidy things up a bit, destroy the Zulu nation no less, since we hadn’t managed to destroy the Boere nation, and if a bit of glory came Sir B’s way, well… he was a modest man but let’s not be coy. I mean come on, you can’t have this militarist régime sticking out like the proverbial sore thumb in the middle of Africa’s cultured communities. I mean here was Cetshwayo with his weapons of hitherto unimaginable mass destruction strutting around Zululand like S Hussein later on strutting around Iraq all ready to nuke Washington within 45 minutes. But never to worry, British intelligence services in their day had both régimes all buttoned up in detail, thank you, did you think they’re stupid or what?  So let’s be reasonable. Practical. I mean this was going to be Operation Zulu Freedom!

But alas, General Ntshingwayo stuffed the Empire once more clean out of sight at Isandlwana and the Queen said Poor Lt General the Right Honourable Lord Chelmsford who,  alas, wasn’t yet dead like Poor General Sir George Colley, though he rather wished he were.

At the end of that dirty Zulu mode of warfare, though – what with the further expertise of Sir Garnet to bolster things up – we established Freedom in Zululand, and that’s what I grew up with at Maritzburg College. Original authentic bloodstained battle-ensigns hung all about the Victoria Hall where we would daily assemble for the rugby results and the Lord’s Prayer in Latin.  The school crest was and is a Martini-Henry carbine and an Umkhonto stabbing-spear crossed. We were free!  Natal and Zululand were free! At peace!

Of course if we, er, Europeans had a bit of money and enterprise we could go to Zululand and start a sugar-cane plantation or something. Indeed if you wanted to settle in Zululand just for sentimental reasons you could do that too, an Englishman’s home is his castle. The colonial admin in Pietermaritzburg will welcome such gentle bestowal of civilised values on all colonials, regardless of ethnicity. You didn’t have to ask permission from any Zulu person. “This castle hath a pleasant seat, the air sweetly recommends itself unto our gentle senses.” That was enough; settlements sprang up all over the lovely sentimental Christian landscape like dainty pink flowers with the summer rains.

Furthermore, when eventually you and yours expired one by one and went to Jesus, the title deeds of these pleasant seats were handed down generation to generation, registered in the Deeds Office in Pietermaritzburg.  Of course you could sell your pleasant seat if you liked, and if any political yobbo asked how the new squire came to be in possession of it, said squire could reply with dilated nostrils and some indignation Why, I bought it!  Lawfully! Like you can lawfully buy a Mercedes that somebody’s grandpa nicked off the street 20 years ago.

So here we sit at Kempton Park, nineteen-ninety-something, wondering what the bloody hell to do about it all. The settlements are now cities, and you’re not going to unravel history, bru. We’ll go back to 1948! cry some, that’s when the fascists came to power; they redefined our territory as two separate entities according to race, now we’ll re-redefine it as two separate states according to ethnicity. Bullshit all!

Define your mother’s arse racially, ethnically, and give her a defined space to live in and that’s apartheid, by definition. Me, I’m with those weird religious Jewish dudes who dress all in black and wear a hat two sizes too small on the back of their heads and may shave but leave two long dangly hanks of hair on their temples. All land, all amenities, all the delights of This Our Nation shall be there for all its people to enjoy, equally. No religious definition. No race.

And if you don’t do it that way, bru, you’re stuffed. Clean out of sight.