Alexandra Fuller owes a lot to her Mum. The helter-skelter, roller-coaster childhood inflicted on her by that indomitable parent has provided the author with an inexhaustible source of wit, wisdom and sheer gorblimey. 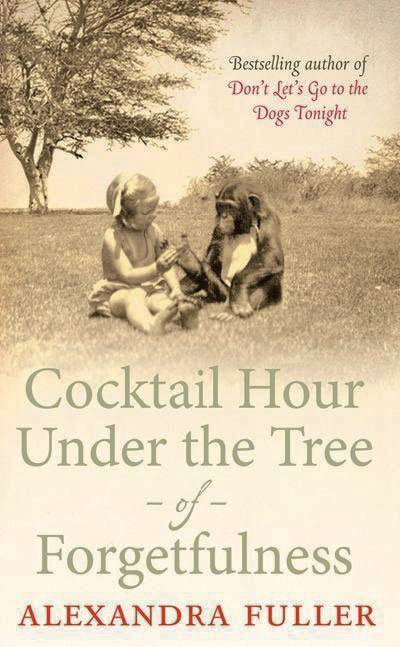 So what, if it nearly killed the both of them, to say nothing of  siblings and a bedazzled father? Truth be told, Mum’s windmill-tilting took a mighty toll, not excluding human life. But clearly the adventure was worth it. Madcap Ma gifted her surviving offspring with an example of  bravery that formed their own resolve.

Mum is a spiritual descendant of Boudicca, via Good Queen Bess, Florence Nightingale, Mrs Miniver, and that steely TV woman who used to order  dogs about. In other words, Best of British.

Nicola Christine Victoria Fuller nee Huntingford (alias Nicola Fuller of Central Africa) was (whisper) a colonial. It’s not a fashionable appellation these days of course, but her astonishing courage in the face of seemingly implacable obstacles recalls the energy of Empire. This vaguely Scottish  beauty (you can admire her spirited good looks in faded snaps littering the text), descended like a whirlwind to enliven community life in Kenya, Zambia, Zimbabwe (…er…Rhodesia, actually), and Malawi. Not one of the White Mischief aristocratic wastrels,  of which her kind disapproved, she revelled in the physical  beauty of the land, the challenges of farming, plus any number of imaginative enterprises calculated to keep the wolf from the door and, not incidentally, generate excitement.

Daughter Alexandra revealed some of her Mama’s peccadilloes in her previous delightful tome, Don’t Let’s Go to the Dogs Tonight. Some might say this latest chronicle is a transparent attempt at making nice with Mum. But imperious Mother simply dismisses “that Awful Book” as misguided. Yes she did consume heroic quantities of cheap white wine but, given what she and her family endured in the way of natural and political disasters, who could deny her a little something to soothe the nerves?

A selection of chapter titles gives the flavour of the family’s adventures and misadventures: Nicola Huntingford  and the Mau Mau; NH in Rhodesia – Round One; NH in Rhodesia Round Two; NH and the End of Rhodesia.

Cocktail Hour is at once side-splittingly funny, and heart-breaking.  Those who sigh impatiently at the telling of When-We recollections should know the author’s riposte when an American interviewer sniffed at her sympathy for a damaged ex-Rhodesian soldier: “Don’t think you’re not creating your own monsters in Iraq, as in Vietnam,” she said.

It is a miracle that the Fuller family survived, in part anyway, a series of horrors that makes the Perils of Pauline seem like Five Go on Jolly Hols. The cast includes gunmen, pythons, thieves, generous neighbours, and a guide to the stately protocol of bribery in Malawi. Even if it takes you three long years of gift-giving to persuade the headman to let you found a modest little fish and banana farm, with a comfy hut for  Nicola of Central Africa.

Mum is adored by long-suffering Dad (Tim Fuller). Which is just as well, since her fantastic adventures, whether fearlessly piloting a rickety plane while warbling a full-bosomed soprano version of Fly Me to the Moon, or show-jumping  on mutinous mountain ponies, would have tried the patience of a saint. But his lady’s courage shines throughout the telling of this moving tale. 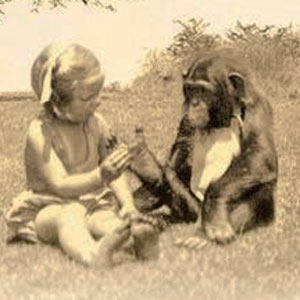 Dad is no bangbroek either.

After a particularly painful reverse in their fortunes, he remarks that perhaps Africa should be left to the Africans. Five minutes later, and he’s back with a new (and hopefully foolproof) scheme for an idyllic life fish-farming in Zambia.

Mum and Dad suffered the torments of hell in their search for brave new lives. Their courage explains the noble England of legend. Even though Mum failed to impart to her girls the accents likely to result in a royal command to tea at Buckingham Palace.

And even though she failed, in the end, to preserve the Ascot hats boxed for such a grand eventuality. African goggas munched the bonnets to bits. Ah well, as Mum always sang when the going got tough, Smoke Gets in Your Eyes.