Allow me, temporarily, to divert from other people’s dilemmas and address my own little nagging problem. Besides, after helping a young boy get assistance to seek justice for the amputation of his manhood, the very least I can do is take a moment to help myself.

No! I have not had my penis amputated.  (I may be a bit short but I still am “black” – I trust I need not explain).  Having clarified that point let me get to the cause of my frustration. As Noseweek readers may recall, I once mentioned that I’m the proud owner of a farm – where, last August, I was greeted by one heck of a runaway fire – and the place I like to refer to as my “Out of Africa” paradise. Anyway, our government, which has recently shown remarkable commitment to addressing the shortcomings of emerging farmers, has given a mandate to our departments of Rural Development and Land Reform, Agriculture etc to organise us into proper structures, e.g. the Umjindi Agricultural Development Committee (ADC), so that we can speak and be assisted as a group instead of each individual beneficiary taking the same concerns to the departments. 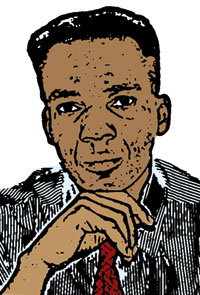 How the ADC works is that, firstly, our group of emerging farmers in the Barberton district was divided into commodity categories (livestock, vegetables, sugar etc). Each commodity group was asked to select one of their members for a seat on the committee, thus forming the ADC. I am part of the vegetable commodity group, so, not surprisingly, hmm hmm, I was the chosen one by the veggies.

But it is imperative to explain, one, that I am a journalist; and two, that I am passionate about the government’s land reform prog-ramme and obsessed with ensuring that we beneficiaries make our farms productive.

Right. After being selected to the committee, I and the other members set about electing officers – you know, chairman, secretary blah blah blah, and I say: “OK everyone, please listen up. Do not take a position unless you’re cock-sure you are not only capable of performing your duties but will have time to allocate to them. With that in mind I am putting my name forward for the position of chairman of this committee”. (Mind you, I am rattling this off as though I were making a hostile takeover bid to a bunch of young, well-educated entrepreneurs whose little company has just been listed on Wall Street.) But of course I am not; I am talking to a bunch of probably, under-educated country bumpkins who have been given farms and do not understand that the role of a body such as the ADC is to lobby on behalf of the commodities we represent. In arguing for the chairmanship I stressed that the chairman or other office bearers must be able to draft convincing proposals, have access to some means of communication (e.g. email etc) and, most importantly, be able to deal with the powers-that-be without giving them the impression they are doing us a favour. (In other words, “Mr Mayor, it is the responsibility of the municipality to assist emerging farmers, so please see that it gets done, finish and klaar!”)

I was brutally rejected. The chairmanship went to a member of the committee from the livestock commodities group. The reason: “We want a chairman who has a history in farming, you don’t.” I was incensed. I retorted: “The ADC is not about ‘farming’ it’s about lobbying on behalf of us farmers.”

“What is lobbying?” someone asked. I kept the next remark to myself; extreme vulgarity must sometimes be confined to one’s thoughts. However, I was thrown several olive branches as the group unanimously asked me to take one of the other positions: deputy chair, secretary and so on. I declined them all. I said to myself, I either captain the ship or stay ashore, for with this crew, it is sure to sink. 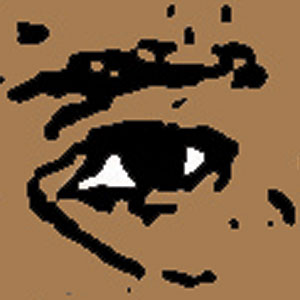 Why would I be set on the chairmanship then pout like a spoiled brat (which I am not but I do know what I want – ha ha) when I did not get it? Well, as a journo I have covered too many stories on community projects that fail or  are on the verge of failure because of incompetent steering committees where leadership was lacking. And I strongly felt that an inadequate body – in this case, a poorly led ADC committee – would not be able to properly exploit the opportunities implemented by the government, nor improve communication between government departments and emerging farmers. It had been made clear that the ADC’s role was to liaise with government departments instead of individual beneficiaries doing so.

There are some who might say, Ag man that Mashile sounds like a snob, looking down on the others. Well, when the ADC was supposed to have its first meeting, only I, two officials from the Mpumalanga Department of Agriculture and one other committee member pitched. I rest my case.

I have taken it upon myself as a committee member to organise another meeting. The takeover of the chairmanship shall be executed! Wall Street is not one of my favourite movies for nothing; it is second only to The Godfather.