UPDATE:Take the Marney and run

Another victim of conman Marney van Zyl has emerged – inner city school director Fred Boltman. And Boltman comes with a fascinating dossier illustrating the fraudster’s elaborate operating style. Investors looking to double your money in six months: you have been warned.

In Nose143 we told how attractive divorcee Brenda Margach lost her heart – plus her jewellery and hard- earned savings – when she fell for the charm of Marney the 55-year-old dance club lothario.

Noseweek made brief mention of the sad tale of Fergal McAdam Snr, for whose Bedfordview firm of VF Compressor Engineering Marney did the books. During the course of which Marney persuaded McAdam to invest – and lose – R2.5m in his grand investment scheme, The Business Foundation.

Fred Boltman is 70, a former electronics engineer with Denel, where he worked on the ground and air testing of guided missiles at the St Lucia missile test range until he was retrenched in 1993. The following year he founded Phoenix College in Joburg’s Braamfontein, which today offers quality but affordable education to some 600 youngsters.

Marney van Zyl, who has a diploma in accounting, came in to do the books for Phoenix College (signing off the annual financial statements “Marney van Zyl, Chartered Accountants (SA) 573566”. Always immaculately dressed, he made quite an impression at the school, although his moods tended to swing wildly day to day, verging on what Boltman describes as “bi-polar behaviour”.

It was in 2008 that Marney struck. He knew that Boltman had life savings of R150,000 in an Absa investment account earmarked for his retirement. Over supper one evening he told Boltman that his good friend Fergal McAdam, whose investments he handled, was getting a divorce and needed money immediately.

In return for R110,000, Marney would transfer ArcelorMittal and Sasol shares from McAdam’s portfolio to Boltman. Marney produced printouts of McAdam’s portfolio, which showed capital invested as R1.95m, which under his skilful administration had soared to a market value of R4.3m. Greatly impressed, Boltman paid over the R110,000 into Marney’s other vehicle, Garmatt Investments.

The trouble started that July, when Boltman wanted the (non-existent) shares sold and his money back. An undated letter purporting to come from FirstRand Integrated Financial Services and signed “A Crimp” confirmed that Boltman’s cheque for R233,130 (hurray! he’d doubled his money!) would be available for Marney’s collection on Friday afternoon August 15.

But there were unforeseen delays and subsequently Andrew Hanekom, forensic manager at FNB, informed Boltman that there was no FirstRand Integrated Financial Services, no A Crimp and the impressive letterhead was a cut-and-paste job from FNB’s annual report.

It was the end of a beautiful friendship and there was an increasingly acrimonious exchange of emails. Marney wrote to Boltman putting the blame on an unknown “Eugene”. He had a date in hospital the next day “for my weekly chemo” – readers will recall Marney’s cancer sob story from our last issue – and although he was handing in his letter of resignation as Phoenix’s “consulting accountant” he wanted to part ways “in a friendly manner”.

Boltman responded: “Please pay the outstanding amount into my bank account today failing which I will be forced to take criminal and civil action… the consequences are too ghastly to consider.”
Marney’s reply: “I refuse to succumb to blackmail and threats as I am an innocent party. I am now prompted to take legal advice and will decide whether to challenge your ridiculous claims in court. I have never disputed that money is due to you, but if you want to take up arms I am quite able to defend myself.”
Marney on the mysterious Eugene: “I have now got a friend of mine, Inspector Hanson of SAP, to trace him… I will find this fukker (sic) and kill him myself.” 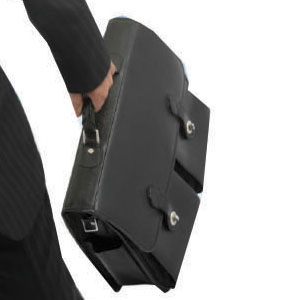 Marney revealed a waspish pen: “As a matter of goodwill I am still open to considering some form of refund regardless of my loss, purely on consideration of your age and mental state.”

Of course, there never were any shares and the capital of Marney’s hapless victims was fast dissipated on his flamboyant lifestyle. Fergal McAdam was as much a victim as Fred Boltman. The elusive Eugene probably never existed and Boltman opened a case against Marney with the police’s commercial branch.
Which got precisely nowhere. Investigating officer Col Baatjies paid a visit to the Sunninghill complex where Marney had rented a townhouse. A guard at the gatehouse told him that Marney had gone to Australia. And that was that. When Boltman pressured Col Baatjies the policeman flew off the handle and ordered Boltman never to contact him again.

Marney, of course, never went to Australia. As already recounted, he moved into love-smitten Brenda Margach’s flat in Illovo, later spent three months in Sun City (Johannesburg prison) and led a merry dance through 17 guest houses, doing a runner when asked to pay for his accommodation. Any recent sightings?