Thamsaqa Khoza, an officer with the Mpumalanga provincial traffic department, who was arrested on Friday 24 June, truly deserves the honour of Umjindi’s dumbest criminal, at least for the month of June.

The story goes like this. Mr Stupid pulled over a taxi driver by the name of Justice Ginindza on General Street in Barberton for a routine vehicle check. Within no time Smart found a fault then demanded a bribe of R700 from Ginindza – nothing unusual there of course. The practice is known to be common among our road guardians.

OK, so poor Ginindza complies with the “requested donation” to the Khoza foundation for better road usage. Unfortunately “poor” Ginindza can only cough up R500 and tells the not-so-smart one that’s all he’s got. Albert Khoza Einstein then rips off the licence disk and tells poor Ginindza that he will get it back when he comes back with the balance of R200.

In desperate need of R200, Ginindza goes to borrow the money from Barberton police savings and loan, better known as trap and bust. Upon hearing his story, they felt sorry for him and agreed to assist. Ginindza was given marked bills and sent back to pay “nuclear scientist” Khoza the outstanding R200. And of course the genius took the money which, well, got him busted.

The dumb one was charged with bribery and appeared at the Barberton Magistrate’s Court were he was granted bail of R5,000, which this journo believes he had no problem raising. A road guard of such intelligence would not be short of cash. He appeared again on July 29 – which is when our provincial government finally did the right thing and suspended the idiot, who collected a fine of R5,000. It would seem that in the province of corruption maybe some things are done correctly.

Far from amusing is the tale of the mother of a young boy, now aged seven, who says she has been devastated by what was done to her son by an incompetent surgeon at Barberton General Hospital. 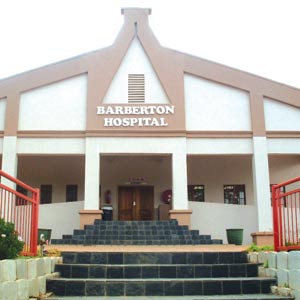 According to the mother – who asked not to be named, to protect the privacy of her son – she took him to the hospital for circumcision on the 7 July 2008 when he was four. The doctor who performed the procedure was Dr Eva Mere who, we have reason to believe, was doing her internship at the hospital, supposedly under the supervision of a more experienced medical practitioner.

The mother says that after the operation the doctor just sent them home and told her to bring him back for a check-up in a few weeks, which she did on 18 July, when it emerged that the procedure had gone horribly wrong: the doctor had accidentally cut off the boy’s penis.

“I was shocked and confused and didn’t know where to go to ask for help to sue the hospital for the damage done to my son.

“I am extremely angry that, to this day, the doctor never said a word and just pretended nothing was wrong,” said the young mother.

Documents in the possession of the Umjindi Guardian confirm a diagnosis on 3 November 2008 which indicated “amputated penis”.

The mother says she went to the Department of Social Development to report the incident on 8 October 2008. They wrote to the hospital manager, Thembeni Mokeona, stating that “according to the client, the child was not well treated as his penis was cut off. Apparently the client wants to take legal action against the hospital”.

The mother says that the hospital, after receiving the letter from social development, called her in and offered to send the boy to Pretoria for treatment to “cover-up” what the doctor had done. Hospital manager Mokeona was on leave and could not be reached for comment before going to press.

However, documents show that the boy was sent to Pretoria Academic Hospital where, says his mother, nothing was achieved, since her son came back suffering from the same conditions: difficulty in urinating, a discharge – and still with no penis. Functional disabilities that, in all likelihood, can never be reversed. One could feel his mother's pain as she shed tears and wailed “umtwanami Nkosi yami” (my child, oh my Lord).

The mother has tried to get answers from the hospital over the years, to no avail. What makes matters worse, she says, is that the Department of Social Development did not follow up on the matter. And when Noseweek asked the department’s social worker, Ms Nkuna, why she had not done so, she conceded she’d made a mistake by not following up on the letter she wrote to the hospital, but explained: “there are a lot of cases that we deal with day by day”. 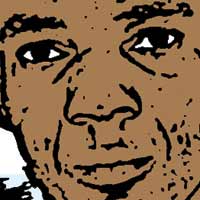 The Mpumalanga Department of Health has threatened to sue over this story, demanding to know why I’m now raking up “such an old story”.

Meanwhile Dr Eva Mere, who is hopefully now a more experienced doctor, has moved on to practise elsewhere.