My sister Lil had a fine old Natal Midlands Colonial Style Gothic house back of the Town Hill Hospital, Maritzburg, of apricot-pink bricks and steeply-pitched gables, very elegant, not so much posh as genteel. Even the verandah furniture was genteel.  Nurses would come trooping past her front gate on their way to and from the taxis, chatty, noisy, Zulu people are a noisy lot, eager too for chat with people who live in Gothic houses, but hampered by this gentility. Mere nurses didn’t have the right sort of English, see, and they had the wrong sort of accent. Also they were of the wrong class, of course. I mean if you asked one of them what her job was she would say she was a ness. 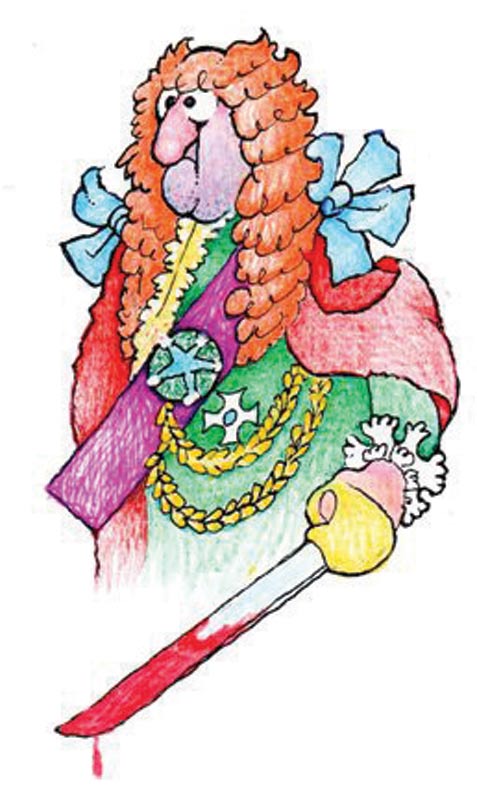 Lil, now, her job was teaching students about Shakespeare and stuff at the Teachers’ Training College. This “ness” business irritated her no end, but she did the right democratic thing and set up a little class for nurses going to and fro, to brush up their use of the lingo a bit.

Say Ö, she would enunciate to a little group of enthusiasts, and all in chorus would say Ö. Fine, fine, she would declare, now say Nörse. Ness, they would reply, in chorus.

This Ö, of course, is the flattened O pushed to the front of the mouth, as in Hermann Göring.

What the hell does it matter, cried I, so long you know what they mean?  Well, said she, everybody else says Nörse, and why be different? You mean everybody else like Queenie Windsor? said I. You’re just being facetious, said she, and that’s no way to argue.

She knits her brow something horrid and tells my pal Dougie about her frustration, and Dougie being a v. canny fellow from the wrong class of Glasgow, falls into quiet reverie, as is his habit, and I know he’s doing some heavy thinking but he’s not going to argue about this accent issue, not with the alpha female of the Strachan pack anyway.

Och bollicks, mon, says he on our way home, she should try her Everybody in Scotland. Excepting the toffs of high society there nobody uses that Ö sound, we still use all the vowels the language had before the bloody Hanoverians arrived and fucked it up; their stupid bloody king couldn’t pronounce the whole range, they don’t have so many strange vowels in German, so he just flattened what he couldn’t pronounce to that ugly Ö.

Try me for Nurse, Earth, World, Service, Girl, says Dougie, and if you give me a minute-or-two, I’ll think of some more. And it’s true, there’s not a single Ö anywhere in Dougie’s speech.  In England, says he, the entire gatkruip court started to speak their own language that weird Hanoverian way, it became the fashion in the 18th century, and to this very day their queen speaks like that, and her dummkopf son Charlie too. Empah English, the Americans call it.

Well I suppose it’s nice that today’s soap sweethearts William and Kate have abandoned Empah English and picked up what they choose to call Estuary English. It goes with wearing denim jeans and pop dancing and stuff, but a certain scorn remains in Scotland for British royalty, though it’s hard exactly to put a finger on it, says Dougie. He tries now. You didn’t have to be a Jacobite Catholic to hate the Hanoverians, says he. Sure, James II of Scotland had first claim to the throne of a united kingdom, and was denied of it, but that was only the beginning. The taboo was on all Catholics, as it is e’en in this 21st century United Kingdom: constitutionally no king, queen nor heir to the throne may be, or get married to, a Catholic, and just lucky for Willie and Kate, hey, they’re both C of E.  Presumably t’would have been okay if Katie-girl were a Jew, a Hindu or an Atheist. 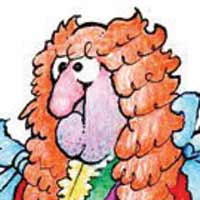 Thus, then, it turned out the only acceptable Protestant was a bloody German called Georg who, according to the weird dynastics of the European aristocracy, had only 52nd claim to the English throne. And all that might have been okay if this Georg’s son George hadn’t been such an utter bastard in putting down a Scottish rebellion, turning loose his son the Duke of Cumberland, to lay waste whomever or whatever he chose after the Battle of Culloden, behaviour not seen again until Himmler’s SS Sonderkommando were turned loose to hunt down Marxist commissars and Jews on the Soviet front in 1942.

It all lives yet in the popular memory, however vaguely, says Dougie, and that’s why I never tried to speak that proper homogenised pasteurised language of the English élite. Ness is fine for me. So is Nurrrse. Nörse sucks.

Anyway, I rather like the strange mix-up of accents in South Africa, indeed I rather like the mix-up of languages too. It seems to me we’ve got a new one coming. If slowly. I mean it took a couple of centuries after 1066 for Anglo-Saxon to mix up with the French of the Norman court in England, and voila! Chaucer. By definition his language is Creole, and the English language has remained Creole ever since, that’s what gives it its power, it accommodates anything expressive that comes along. A cess on consörvatism.