We speak of power, sexuality, derring-do – and leadership. Mostly clout, actually, but opportunistic mention of raging hormones is more or less obligatory, if there is to be any hope of attracting readers in this era of the short attention span. 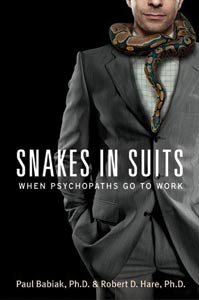 Let the modified heavy breathing begin: in a desperate attempt to catch up with a range of time-tied review books (they mostly involve running stories which could well be superseded by latter-day developments) it seemed a good idea to focus on the works of, and/or about, influential individuals figuring in the headlines.

The Steve Jobs Way (Vanguard Press) by Jay Elliot with William L Simon will, according to knowledgeable techies, be a winner for the hordes of acolytes who worship this original thinker. Co-author Jay Elliot is a former senior vice-president of Apple and worked closely with his hero Jobs, “the man who transformed the way we think, connect, consume and communicate”. The style is reverential, but clubby and approachable. There have been many books about the guru, but Jobs Way is considered a rare insider’s view of the individual.

It will take time to assess the long-term significance of WikiLeaks man Julian Assange’s revelations (Oh, and of course there are also the sexual assault legal questions to be resolved: see sexual teaser). Two recent publications, WikiLeaks: Inside Julian Assange’s War on Secrecy by David Leigh and Luke Harding (Guardian Books), and Inside WikiLeaks by Daniel Domscheit-Berg with Tina Klopp (Random House Struik), provide contrasting views of their enigmatic subject. Domscheit-Berg does not adore his former boss

Sample criticism: “…Julian alone wanted to decide which media outlets we cooperated with. By all indications, he also later tried to cut out publications when he didn’t like what they reported. It was an indirect attempt to force journalists to write positive things about WikiLeaks. The conflicts with journalists have left behind a lot of scorched earth. It shows clearly that this sort of approach doesn’t work.” He contends that the “brilliant” idea of using a state-of-the-art tool to make matters of urgent public concern transparent “went wrong”.

Why? “Our society needs individuals who are able to distinguish good information from bad and to make good decisions based on that knowledge, instead of relinquishing all personal responsibility to messiahs, leaders and alpha wolves.” Let Little Red Riding Hoods take heed.

The Leigh/Harding book is a disciplined, well-researched record of the WikiLeaks phenomenon by two Guardian journalists. They quote with approval a pen portrait of Assange by Slate’s media columnist Jack Shafer: “Assange bedevils the journalists who work with him because he refuses to conform to any of the roles they expect him to play.”

Shafer says Mr WikiLeaks behaves like a PR agent, manipulating news organisations to maximise publicity for his “clients”. Or, he “threatens to throw info-bombs like an agent provocateur.  He’s a wily shape-shifter who won’t sit still, an unpredictable negotiator who is forever changing the terms of the deal”. 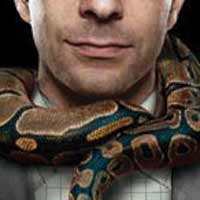 They do not mention alpha wolves but, courageous journos though they be, may well be terrified of invoking the dark forces.

Speaking of dark forces, the cover of Snakes in Suits, by Paul Babiak PhD and Robert D Hare PhD (HarperCollins) promises much wickedness. It depicts a businessman with a serpent draped around his neck. The provocative sub-title is “When psychopaths go to work”.  Alas, while we will all recognise the manipulators whose machinations are recorded herein, the work turns out to be a series of academic case studies.

Readers who yearn for voyeuristic insights into the motivations of ambitious crooks will be disappointed. Psychopaths are psychopaths, and repetitive tales of individuals without consciences are tedious for the lay reader.