Out on a limb

The latest revelations of dirty tricks at the News of the World have brought it all flooding back: Fleet Street as it was, newsrooms clouded in cigarette smoke, pounding typewriters, thundering presses shaking the whole building ­– and Stuart Kuttner.

Kuttner was managing editor of the now mercifully-defunct News of the Screws for more than 20 years, until his abrupt removal in 2009 after a former private detective accepted cash payments from the paper’s royal editor for stories harvested by hacking into Prince Harry and Prince William’s voicemails.

At the Screws, Kuttner was the money man, a coldly-calculating master plotter and manipulator of all that was squalid, unfair and dishonourable. Our paths crossed, and clashed, at the now-also-defunct (London) Evening News, shortly before he took his murky talents to the News of the World. At the News Kuttner held a senior executive role and ran the paper’s investigations. It was 1978 and I was knocking out diary stories for the News’s diary editor, Richard Compton-Miller.

One day Compton-Miller passed me a slip of paper from an anonymous source promising tales of scandal and sex in London’s multi-million-pound casino industry. I was instructed to meet the source and pen a few paras, without naming anyone.

I had stumbled on the story of a lifetime – massive corruption within Ladbroke’s casino division, whose executives had been busy plotting to lure high rollers such as Sheikh Yamani (Saudi Arabia’s oil minister), rich playboy Gunter Sachs and publisher Robert Maxwell into their own casinos. The illegal scheme involved logging the car numbers of hundreds of punters as they arrived at rival casinos and identifying them by paying a corrupt police officer to run the car numbers through the supposedly ultra-secure police national computer.

I begged to be allowed to drop my diary jottings and work full-time on the story. I was wheeled into the office of Stuart Kuttner, who grudgingly agreed to let me check it out at my humble rate of £27-a-day. A greasy yob who wore handmade Lobb shoes, Kuttner’s main aim in life was to expose MPs in their liaisons with rent boys and call girls.

His Pandora’s box of bugging devices was legendary. As was his habit of parading in drag as a prostitute on the streets of Mayfair’s Shepherd Market, supposedly on undercover missions to spot unwary pillars of society at play. A staff photographer covering a story about prostitution thought he’d found a beauty lurking in a doorway and snapped off a few frames. “It’s me you fool!” hissed an enraged Kuttner.

Anyway, my investigation into Ladbroke’s Operation Unit Six, as this enterprise came to be known, was speedily completed. Kuttner had his rottweiler – a tough woman-journalist who confided that she just loved these confrontations – accompany me to meet the head of Ladbroke’s casino division, Alex Alexander. That worthy gushed: “I have nothing against this charming young lady but if you (a gimlet eye on me) step out of line with this article, I promise you I’ll come down on you like a ton of bricks”.

Alexander, who said that he knew Stuart Kuttner, also informed us that his “very good friend” was Vere Harmsworth (Lord Rothermere), chairman of Associated Newspapers, which included the Evening News.

A taxi sped us back to the News, where I typed Alexander’s comment on to my already-completed article and, anticipating that Ladbroke’s would go for an injunction, urged Kuttner to publish three days later, on the following Monday. This, he was strangely reluctant to do. “There’s no hurry,” he pronounced.

Sure enough, on the Tuesday an injunction arrived, and whether orders had come down from Alexander’s friend Vere Harmsworth; whether Ladbroke had threatened to withdraw their substantial advertising; or whether more sinister manoeuvres had stifled the story, the News – with Kuttner handling things – showed no sign of putting up a fight. He later told me counsel had advised against publication, or against contesting the injunction, for lack of evidence. Which was nonsense and led me to wonder: had Kuttner even shown counsel the enormous stack of documents, tapes and notes I had given him – and which he subsequently refused to return.

"Some stories are worth going out on a limb for, but this is not one of them,” he told me. Associated Newspapers put up no resistance at a high court hearing, when a “consent” injunction was granted to run for five months. Three months later, on 21 July 1978, my suspicions were proved correct when a partner in the News’s solicitors swore an affidavit stating that at the time Associated Newspapers consented to Ladbroke’s injunction, neither he nor counsel had seen seven specific documents (six of which I had given to Kuttner before his final meeting with barrister Richard Rampton).

After the injunction arrived, fuming away in my Highgate flat – always a dangerous state for a thwarted journalist to be in – a madness seized me: I flew to my study and wrote a detailed expose of Operation Unit Six – and delivered it to the offices of Private Eye, Britain’s irreverent investigative magazine. Kuttner held most of the damning evidence, but I had kept a copy of my original story and wrote the new one from that. It appeared in issue 428, 12 May 1978.

The Eye loved it. So did Scotland Yard’s Club Squad and the Gaming Board for Great Britain, both of whom launched immediate investigations, as did the Nottinghamshire Constabulary – my story stated that the corrupt policeman who had leaked crucial information from the police national computer hailed from that force, although I then had no idea of the officer’s identity. Thereafter I wrote a number of detailed follow ups for the Eye, with fresh revelations about the scam. Through their expensive solicitors Ladbroke suggested we come to “an accommodation” – they wouldn’t sue if we stopped our jottings. They were referred to the famous case of Arkell v Pressdram (ie, fuck off).

Kuttner, of course, was incandescent with fury. And his blood pressure must have soared when, largely on the strength of my Ladbroke stories in the Eye, I was offered a staff job at The Observer, the UK’s oldest Sunday newspaper.

Scotland Yard and the Gaming Board, with a bit of direction from yours truly, pulled the evidence together and the courts eventually closed down Ladbrokes’ four flagship casinos in London. The six provincial ones in turn folded and Ladbroke lost its casino turnover of some £200 million a year – and half the entire group’s pre-tax profits. Ladbroke was listed on the London Stock Exchange, and the scandal forced its legendary founder chairman, Cyril Stein, to resign.

Fed up by the inept search by the Nottinghamshire Constabulary for the police leak, I returned briefly to the story and tracked down the sergeant responsible. The wretch was duly arrested, charged with corruption and tried at Nottingham Crown Court.

My reward for all this was to end up on trial for my freedom in the High Court, London. The Attorney General,  Sir Michael Havers, (represented by Desmond Fennell) was seeking my committal to prison for contempt, after I refused in the Nottingham Crown Court to reveal the identity of my original anonymous source for the story, to whom I had promised confidentiality.

After a lengthy trial, where the only comfort was a supply of chocolates from the motherly woman who was the court’s usher, I was found not guilty.

The judgment was hailed at home and abroad as a triumphant precedent for investigative journalism: a journalist is not automatically guilty of contempt of court for refusing to reveal a source when ordered by a judge to do so. The demand must not only be relevant; it must be necessary.

In my case the judge, Tasker Watkins VC, found that the Crown Court judge’s question was relevant, but not necessary. Not guilty, full costs awarded, Attorney General refused leave to appeal. The media went bananas – there was even a paragraph in the New York Times.

Anyway, that’s the story of my run-in with sleazy, slimy Stuart Kuttner. Will the skelm now pay for his role in subsequent years of dirty tricks at the News of the World? I doubt it. He’ll worm his way out of it, as his type always do, and leave someone else to carry the can.

♦ Jack Lundin is Noseweek’s bureau chief in Gauteng. A fuller description of his exposé  of Ladbroke’s Operation Unit Six, and how the repercussions threatened the fortunes of Hugh Hefner’s Playboy empire in the US, may be found in Bunny, the Real Story of Playboy, by Russell Miller (Michael Joseph, 1984). Judge Tasker Watkins’s 27-page judgment in Lundin’s con­tempt trial, essential reading for law­yers, judges, editors and journalism students, may be found here. And here is the Ladbroke montage. 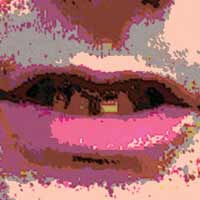 officers to leak sensitive information, arrested Stuart Kuttner, former managing editor at the News of the World, on August 2 on suspicion of conspiring to intercept communications, con­­trary to the Criminal Law Act 1977, and on suspicion of corruption, contrary to the Prevention of Corruption Act 1906.

Kuttner, now 71, was the public face of the now-defunct scandal sheet for 22 years until his sudden resignation in 2009, a day before it emerged that the paper’s parent, News International, had paid more than £1 million in settlements to phone hacking victims.

For more than 30 years Stuart Kuttner’s reluctance to publish a sensational scoop revealing corruption in the London casinos of the Ladbroke group has left a bitter taste in the mouth of investigative journalist Jack Lundin. Here Lundin, for nine years Noseweek’s Gauteng bureau chief, finally gets it off his chest.