Last eSunday, says Alonso, I esaw esuch an estrange esnake in our eswimming pool. That’s the way people espeak in eSpain, hey, where he comes from. But we’ve got used to each other’s speech, he points out. I can’t speak a sentence without blasphemy, that’s the way I evolved in an all-white all-boys’ school in the Crown Colony of Natal, and indeed we have much time together to learn a sort of lingo of our own, being obsessive road runners. 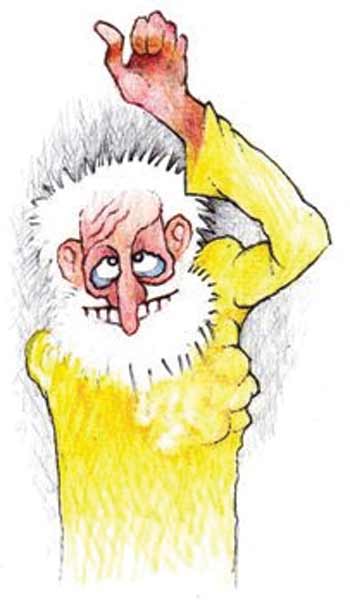 There’s an aphorism mongst Marathon people that if you can have a normal conversation with your mates in training you’re in peak condition for the race, and one glorious morn we’re thus babbling away through the endless green of KwaZulu-Natal when quite suddenly there pops out from a side road in the sugar cane a wiry sort of shortish Zulu dude who declares he is Fihlokwakhe Mkhize and would we mind his company?  A formal fellow, as rural Zulus often are, though to us city folks it seems a bit informal to run a Marathon barefoot. The soles of his feet are like rhinos’.  Like truck tyres.

Excuse me, says Alonso, formally, but are you going to run the Comrades without shoes? Aah no, says Mkhize, he is of the Shembe faith which rules that, periodically, all should attend certain mass gatherings at a mountain called Nhlangakazi somewhere over the horizon there, where he points with his little finger, pointing with the index being insulting to God. All should come on foot, and all feet should be bare. Even in winter.  When Moses was leading his people out of Egypt, says Mkhize, the Lord said unto him Moses, said the Lord,  M-O-S-E-S, you flee the Egyptians because you fear them. Take off your shoes and walk slowly, for I am with mine people. Your shoes you should wear in your heart, whence comes courage.

Er... says Alonso, I don’t quite remember that bit from the testaments of the Catholic Church, but I’ll look it up, it makes a good story.

The Catholic Church got the gospels all wrong, says Mkhize, they left out all the practical parts, they are all smoke and music.

We fall silent awhile.  You know, says Alonso after a bit, I naturally agree: that’s a lot of African mumbo-jumbo, but I like it as a figure of speech. To have your running musculature in your heart is a good metaphor for a Comrades person, it suggests good gutsy action in one’s life, just what you need when you’ve used up all your glycogen stores and you hit the wall at sixty kays round about Camperdown.  It isn’t your intellect that’s driving you on, it’s your heart. Alonso is an artist, see, a painter in vivid oils, the power of imagery is strong in him.  He just loves the story about  Picasso, the forms and colours of ritual African masks, the magic of it all and the old duck who came up to him at an exhibition and said, But M’sieu Picasso, why do you have to use all these strange African shapes?

Because, Madame, said Picasso, I hope one day to paint a picture which will cure disease.

Well, all the above is from long ago, when we were merely middle-aged.  Not that one should loll piteously about just because one has become a bit overripe. Alonso and I are not a couple of vrot old avoes on a supermarket shelf. But suddenly, just a couple of weeks ago and curiously at the PnP veggie place, I reckoned I had indeed fallen off the shelf, and by careful creeping made it home to my bed and phoned people and chopchop I am with a toptop cardiologist, a heart man.  He makes a wee tiny hole in my groin and sticks in a long thin tube with a light at the end, and shoves this thing through all sorts of arteries in amongst my derms the full length of my torso and examines my heart from the inside, you wouldn’t believe it.  On site and in real time. The arteries there, he declares, are now finito, kaput, and he proposes someone he has in mind should take certain big veins from my legs and make new arteries for my heart, three of them, a triple by-pass.  And what am I going to do for veins in my legs, then? say I in true alarm.  Never to worry, says heart man, he won’t take them all, you’ll be okay. 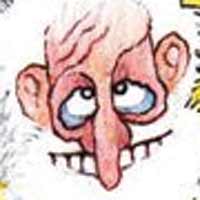 Next in line comes a big strong man with big tanned hands who smiles benignly and says I’m the man who wields the knife. Hell, I thought he’d have long thin pale hands like a concert pianist. He stretches me out and runs a finger the length of my right leg. Now these are good legs, says he, smiling. I shudder. This is not a figure drawing class. Your legs will get all nice and hairy and plump again, says the nurse who comes to shave them like a side of pork. Then pretty ladies will once again take notice.

A little later and here I lie all stapled together, they don’t sew you up any more and the staples are stainless steel, when, who should come strolling in but Alonso with a bar of chocolate.  I’m stuck all about with great wads of plaster and dabs of some red antiseptic stuff. I look like hell. His legs go wobbly. He reaches for something to sit on. What’s up, man? say I, my legs are in my heart. Well, yes, says Alonso. It just eseems esort of espooky, that’s all.