Ok. It’s Wednesday the 29th of June and in all respects I should be a very happy country boy. After all, a week ago I distributed an edition of my “little” Guardian that was a hit. But I am far from being happy – I’m exhausted.

So exhausted, I would like to take a long holiday somewhere far away from everything and everybody, including Noseweek and you, my loyal readers.

Country life – OK, life – is not that simple; you just can’t escape when you’re a celebrity small-town scribe, and an emerging farmer and (have I mentioned it before?) a newcomer to the mining sector. Yes, I am now also in mining. Did you think I would sit by and allow JuJu to nationalise before I got into the game? No way! Investigative journalism is not pap en vleis.

See, I wrote this story in my June edition of the Njindi Guardian that tells all about a man who, it turns out, is one of the most hated people in Barberton. The reaction is overwhelming.


“My friend” Dirk Coetzee recently took over as the dealer principal of a local car dealership (NTT Toyota, Barberton). I have never seen or heard of someone being so reviled by so many. The whites in B-Town hate him and the blacks that worked for the dealership would love to necklace him.

When he took charge in May he is said to have revealed his “infamous” racist attitude by sidelining black staff members. Within no time 19 employees had resigned. And when I published the story it was an instant hit. As it hit the shelves, crowds were clamouring for a copy, making me wonder: how do they already know about the story? Well, in a small town, news spreads fast. I could only guess that when the copies arrived from the printers in the late afternoon the day before, I had given a few to some advertisers who must have shared what they read with friends overnight. Talk about promotion!

I’m hardly done with that bit of excitement, when I get a call to attend a land claims conference in Ermelo. Immediately I’m thinking out loud: “Hey, I do not have land claims problems on my farm”. But the chap on the phone reassures me, “No it’s got nothing to do with you, but about the story on Indwandwa Trust that you published on the front page of your April edition”.

OK , I say, sounds good. When is the conference? He says Sunday at 9am. Sunday! That’s my only day off!

Anyway I went to the bloody thing and it turned out to be worth the time spent, even if I really did need the day off. I definitely am exhausted, but the Indwandwa Trust matter is one of my key stories; I’ve been covering it since 2008.

These buggers “allegedly” stole the trust from someone else and in the meanwhile are screwing a reported 17,000 beneficiaries. Some time soon, when I’m not quite so exhausted, I’ll get around to telling my Noseweek readers all about it. Anyway, as I stood there at the conference – while the agenda was still being discussed – I noticed a chap looking at me with killer eyes. After taking a second look at him I realised he’s the chairperson of the Indwandwa Trust.

“Bheki, I am not happy with you,” he informed me as soon as he saw he had my attention. (Well, we are not in this business to make friends are we?) Did I tell you how exhausted I am?

On Wednesday I have to take my mining company people for interviews at one of the local mines; on Thursday I have to rush to submit papers to another mine, but hey, in between I have to make 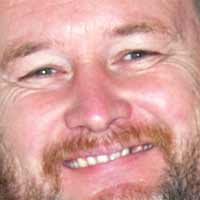 time to go to Nelspruit Police Station and look at recovered stolen goods to see if my possessions might be there as well (My office was hit by burglars who helped themselves to two laptops, two LCD screens, a cell phone, one desktop computer and my beloved Nikon camera, ouch!).

On top of this I had bought seedlings for my farm (cabbage, spinach and chillies). My loyal helper planted them accordingly, but hey, no water. The municipality now has only one water truck to fill up our Jojos and I am not finished with my borehole development yet – and, of course the bloody rains have stopped. (Can never rely on Mother Nature when you really need her.) So what do I say?

This week I’m back at it, working my black butt off determined to get another edition out as soon as possible, to capitalise on the success of the last one. Am I exhausted? Bloody right I am. Do I allow the exhaustion to bring me down? Of course not; I pull up my boot straps and carry on. Yes, my country life is crazy but, I must say I love it.