Market bottoms out for financial consultant

The act of bravery by Durban private investigator Raymond van Staden, who saved a child from drowning, then lost his own life in trying to save the child’s father on Good Friday last year (“The spy who went in too deep,” nose129) has been recognised by President Jacob Zuma who awarded Van Staden the Order of Mendi posthumously.

Van Staden is probably the first member of the former South African Police Security Branch to have been decorated for bravery by an ANC head of state.

Meanwhile, the trial of those who descended on Van Staden’s home the day after his death – allegedly to steal confidential investigation reports, business documents and hugely expensive electronic debugging equipment  – has yet to get under way.

Prosecutor Barend Groen told Nose­week that he transferred the case against Desmond van Staden, Johan du Plooy, Dave Esterhuizen and Lynn May-Hammond to the Regional Court in Durban because of the substantial value of the property they are alleged to have stolen.

The entire estate had been left to Van Staden’s widow Carol to hold in trust for their son Casey. It was Casey who travelled to Pretoria to collect his father’s medal at a ceremony at the Presidential Guest House.

Raymond van Staden’s accused brother Desmond, a refor­­med drug addict and hairdresser to Heidi Klum and other famous models, has evaded arrest for nearly a year – eluding both Interpol a 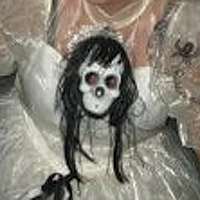 nd SAPS who have arrest warrants for him.

Former financial con­­­sul­tant Lynn May-Hammond, accused of stealing debugging equipment  from the Van Staden home, suc­­cessfully excused herself from her last court appearance, arguing that travelling from Cape Town to Durban for postponement hearings was crippling her financially.

May-Hammond, always im­­­­­­­­peccably dressed for her three court appearances so far, told the court the bad publicity around her trial had forced her to change career paths and had left her – Noseweek can think of no  more delicate way of putting it – in the shit.

May-Hammond, having wor­­­­­­­­­­­­­­ked as a senior manager at various banks and financial institutions, including Investec, had now found herself reduced to running a “colonic irrigation and detox business” in Cape Town.