In the firing line

The things we have to do! All those little people crammed into their little jobs, their little boxes. And me, a manager, out of the box where I’m always urged to be, and where I prefer to be even if there’s less space to hide. Right now there’s a terrible überkonzentration of little people in their little boxes – all in the wrong places. But not one of them wants to move, can you believe. 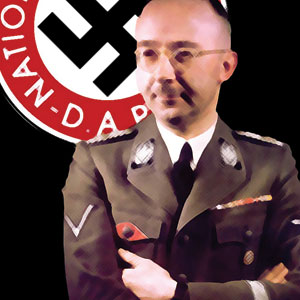 No one thinks logically. We say to them you’ve still got your job, it’s just on the other side of the country. Think of all the possibilities, a whole new life, get out of your rut. It’ll be invigorating, shake up the grey cells, help you live longer. But no. And then you’ve got no choice and it gets awkward and then it’s as if there’s a war on.

Actually there is a war on. We’re not allowed to say it you know, but there is. Those Competition chappies don’t like it when we talk this way. But what do they know? It’s not a free market, it’s our market. And when the Chinese and the Indians and Walmart try and take it away from you what is that if it isn’t war? I admit it; we talk about ripping their guts out, cutting their balls off, crushing them like cockroaches. It’s very motivating apart from anything else. Burn, burn, burn. But we always tell the secretary to keep it out of the minutes, in case someone gets the wrong idea. So when we say kill she knows we mean eliminate. But she also knows better than to minute “eliminate”. The Nats and the truth commission taught us a lot. They thought “eliminate” would do the trick but their English wasn’t up to it. No way you can say it means relocate or whatever. So we don’t write down anything that isn’t open to interpretation. You never know what a forensic auditor might think.

But it’s easy to take things for granted. It seems quite obvious what “whatever it takes” means, for example. Someone once asked anyway and majordomo went all David Mamet on him: “If they have to work till midnight to get it done; no, if they have to work till fucking two, fucking three, fucking 24/7 I don’t give a fucking fuck”. This of course comes out in the minutes as “staff will be consulted on production strategies” – courtesy of the HR manager, who knows how to write things legal-like so the labour department doesn’t get the right idea. Himmler also liked things tidy and legal. I don’t suppose one person can keep their eyes on the big picture and the little details at the same time; every leader needs a wingman. Where would Milosevic have been without Mladic? Who else would have got on with the job of moving all those Bosniaks back into their own box?

It’s been fun but I feel fate descending. Marionettes and martinets all lined up and what’s to tell us apart? Who gave the orders? Who carried them out? Is there a difference? You won’t find it in the minutes. Whose life got terminated because those boxes needed a tick? Who gives a damn?

“Listen,’’ jokes majordomo, “someone’s screaming in agony – fortunately I speak it fluently”. Odd to hear Spike Milligan quoted for a gag when staff annihilation is the subject. The joke doesn’t find its way into the minutes either. Let’s keep things factual.

Yes, the facts. The lemmings at Lehman’s and their legions of collaborators took the world over the cliff. Oops! Is that the 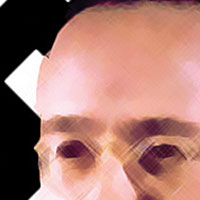 end of it? No Nuremberg trials for the captains of industry? No gallows to punctuate the jobless queues? It’s not so much that I want anyone to swing, necessarily. It’s just that when the day of reckoning does come they’ll be long gone and the sheriff will go after the pen-pushers, paper-shufflers and the guy who changed the oil. And I know that the “taking-orders” defence doesn’t wash. The Nazis and the Nats took care of that. The thing is, I don’t buy it either. Any more. When the court at The Hague eventually gets to hearing business crimes against humanity, I won’t be able to plead “not guilty”. My signature is on so many death warrants, scribbled in a hurry, carelessly enforcing the latest profit-plan. Mammon’s willing executioner.

Ah, Dilbert, is it too late to become a Good German?

♦ Harold Strachan’s on leave: to celebrate having last month been awarded an honorary doctorate by his alma mater (which 30 years ago fired him for his political views), Harold’s booked into hospital for a double bypass op. Dr Strachan should be back on call in a month or two. – Editor