Books: Home on the range

It’s a rare thing when a South African reader regrets the closure of a contemporary indigenous novel. Finuala Dowling casts her spell via a doughty character, whose gutsy grip on life earns respect. It helps a lot that, despite the woes of her heroine, Homemaking for the Down-at-Heart is wryly amusing.

Dowling would make a damn good reporter. She records the realities of suburban white survival with cool accuracy – and then suffuses the whole with her heroine’s tenacity of purpose and decency. The moving tale of Margot Nelson’s joys and sorrows, as she battles to keep afloat with a crew of curious dependants, is a tribute to this reluctant earth mother. 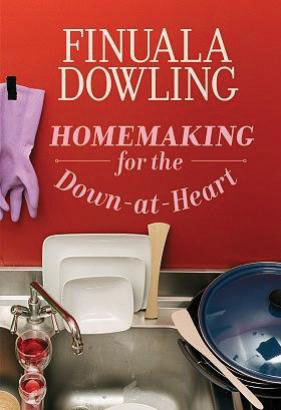 It’s not easy parenting a bud-ding teenager, nursing a deman-ding Alzheimer’s-patient mother, and/or catering, by necessity, to the claims of a flamboyantly neurotic wastrel ex-husband. The extravagant demands of this shamelessly self-regarding ex-spouse (he’s an occasional small-time stand-up comic with a built-in self-destruct button) provide bizarre contrasts with Margot’s determined realism.

She may detest the man, but their contradictory characters indicate why they got together in the first place.  Unsurprisingly, the household suffers financial blues, and irrepressible romantic yearnings. All concerned are skating on thin emotional ice, and every day survived is a triumph over mutual misunderstanding. Just like real life. Margot’s plight is engaging because she is articulate and truthful. And funny.

She loves her daft mother, adores and fears for her young daughter, despises her ex – and warily observes the possibilities and impossibilities of her relationship with an amiable displaced farmer. Then there’s Mr Morland, a sometime seer and messy lodger who has been around for ever, by right of his dead mum’s friendship with Margot’s mad mother Zoe.

The supporting cast, includes a bunch of ghastly teenagers who must be placated for the sake of daughter Pia’s social  prestige, and various walk-ons familiar to the denizens of middle class ’burbs.

The vexed question of what to do for and about faltering elders, particularly when the beloved original personality has been supplanted by that of a virtual stranger, is aired with melancholy precision. There are no easy answers, but it seems that there comes a time when even the most kind-hearted offspring is entitled to seek institutional help. The alternative might well involve taking leave of one’s own senses. Besides, the life force demands that the individual take sensible care of self. And make the most of the passing days.

Margot is not crying alone in the wilderness: she earns a crust at night as a talk radio broadcaster, a lonely hearts comforter who often despairs of the callers – mostly misguided humanity who expect her to ease their hearts.  So the daily round of demands is compounded by the moans of strangers. 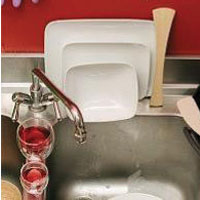 he night vigil does get her out of the house, and away from the depredations of the various resident parties, who often drive her to exhausted distraction. Miraculously, Margot retains the defiant bravery of the dedicated parent, and the born survivor’s sense of the absurd.  Somebody’s got to keep the show on the road, even if you think the effort’s going to kill you.

The False Bay setting is rendered with an unflinching eye. Grandiose natural beauty does not preclude lots of human mischief and misery. But, despite the rigours of the daily grind, Margot recognises, however reluctantly, that she generates love for her rackety “family”. And when it all gets too much, a beach walk tends to clear the heart and mind. Before the next crisis, anyway.