Its like the Royal Wedding  glamorous, romantic, and ultimately confirmatory of the sustained power of the English establishment.

Justin Cartwright spikes his deliciously funny strictures on the unholy marriage of mega-rich bankers and politicians with cynical asides, but his  precise minutiae detailing the grandeurs of hereditary privilege betrays  reluctant admiration. 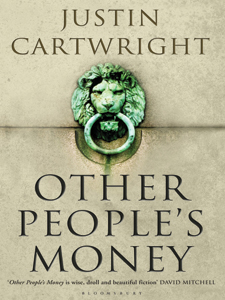 And why not? In a naughty contemporary world dominated by tacky celebrities and greed, there is reassurance to be had in contemplation of the few who are sufficiently endowed and cultivated to sail above the muck. As in ancient times, there remain today the equivalents of the Medicis, old money quietly maintaining business empires and personal wealth beyond the dreams of avarice. Well, hopefully not quite beyond.

The excitement of Other Peoples Money  the novel contrives to be both  a superior whodunnit and suave social commentary  arises out of the threatened collapse of a seemingly impregnable private banking house.

Cartwright cleverly exploits the current international banking crisis with topical references to Enron, Lehman and their ilk, and then casts a beady eye on the all-too-human members of a grand family unused to public scrutiny.

His range is impressive. The magnifying glass is applied to both masters and servants, and Cartwright is spot-on at every level of society. Those who live in dynastic splendour are observed knowingly. Likewise the bit players attendant on the great and, occasionally, good.

The tale opens with a cunning device: a memorial service notice records leading characters in the cast, Court Circular funeral style, by citing family members connections to the dear departed, and other mourners, according to strict protocol. Thus: Miss Poppy Trevelyan-Tubal (niece). (Of course the notice opens with The Queen and the Duke of Edinburgh were represented by Sir Thomas Carew Knollys, the Prince of Wales by Colonel Lord Maltravers of Deeside etc).

The humble may be surprised to learn that death visits even the exalted. Lesser beings participating in this entertaining tale of fear and fumbling in high places are treated in amused, generally kindly, fashion.

While the head of the mighty Trevelyan-Tubal family (eleven generations in banking) dies a slow death, his harassed heir-apparent tries to dodge a business disaster triggered by reckless hedge fund investment.

Then a mysterious figure tries to leak the story of questionable banking practices to the newspapers, via a hilariously Byzantine plot involving memorable provincial extras. 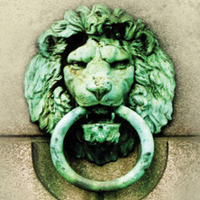 Cartwright is wickedly sharp in his rendition of a deluded and impoverished theatric, loud with grandiose notions. And gentle with a young cub reporter whose good sense allows her to cope with sundry manipulative parties.

Incidentally, it is interesting to note that white South African connections, once verboten in the works of expatriate writers, are now acknowledged unselfconsciously. The text is sprinkled with SA references by the South African-born writer, and a sexually and socially ambitious ex-rugby player makes an amusingly solemn contribution to the proceedings. He is a personal trainer and believes in focussing on a desired end. So does the rich lady of his amour, but in a quite different way.

Laughing all the way to the clink
If Shrien Dewani is returned to South Africa to face trial he need not fear. To quote ...
Dear Editor
On the prowl Speedy departure ...
Fidentia
The hunter becomes the hunted. The FSB should explain how, given Gihwala's reputation, it came ...
Madiba gun rests in peace - for the moment
After a month of hype, a roomful of potential bidders, and two international buyers on ...
Cushy Time
The world's most comfortable jails ...
The billionaire and the stripper
How Home Affairs are spoilsports and are spoiling the fairy tale of the billionaire and ...
Messing with the Merc marque
Experience the road as never before. Agility and effortlessness. Your safety is our greatest motivation. ...
MTN tackles scamster
Mobile phone subscribers are still at the mercy of unscrupulous content providers who debit their ...
The reader
A lawyer did an inordinate amount  of reading and charged for it - R2,800 an ...
By a thread
That mysterious legal creature called the silk, aka Senior Counsel (SC) is basically an advocate ...
Why FNB can't help itself
Is it any wonder that banks feature in almost every issue of Noseweek? This ...
Letter of the law
Prior to 2005, people in all rural areas were entitled to free PO boxes to compensate for ...
Nissan in action
Oil on troubled water as branded motor dealerships charge a premium for their expertise. The ...
Travel: A date in Yemen
The British Embassy warned: Remain indoors. While a horrified world watched revolutionary rage in Yemen, ...
Books: Fumbling in high places
Len Ashton reviews "Other Peoples Money" (Bloomsbury) by Justin Cartwright ...
ANC surprise in the Lowveld
After voicing concern at the possibility that my little Umjindi Municipality might be getting an ...
Like a bomb
Harold Strachan's promotion from bomber pilot to explosives inventor. I suddenly get this surprise phone call, ...
Classified Ads June 2011
PROPERTY FOR SALE ♦ LOCAL HOLIDAY ACCOMMODATION ♦ OVERSEAS HOLIDAY ACCOMMODATION ♦ PERSONAL ♦ BUSINESS & EMPLOYMENT OPPORTUNITIES ♦ TRAVEL, FOOD & LEISURE ♦ LEGAL, ...
STENT:Guilty
5 star ...