If Shell’s Karoo fracking application succeeds, it won’t be because of public apathy. Not only are “names” like Johann Rupert, Lewis Pugh and David Kramer strongly opposing the application, but the Treasure the Karoo Action Group (TKAG) has submitted a formidable objection document. Headed “A Critical Review of the Application for a Karoo Gas Exploration Right by Shell Exploration Company B V”, the 104-page document was prepared by energy lawyer Dr Luke Havemann, UCT law lecturer Prof Jan Glazewski, and environmental consultant Susan Brownlie. The writers say they have received specialist input from a host of academics on topics that include groundwater, water resources, energy policy, public health, palaeontology, heritage, archaeology, astronomy, biodiversity, and even ornithology.

Hydraulic fracturing – or fracking – involves injecting vast quantities of water containing a liquid chemical mixture into deep boreholes to create sufficient pressure to cause fracturing of rock layers up to 5km underground. The point? To establish whether there are gas shale deposits. Shell has applied to undertake fracking in a 90,000km2 area of the Karoo over a period of up to nine years, and it has filed a draft Environmental Management Plan (EMP). The plan envisages that as many as 24 such boreholes will be drilled, and that an enormous amount of water will be needed. This in an area that is one of South Africa’s driest!

The review claims that a number of Constitutional rights are affected by the application – particularly the right to “secure ecologically sustainable development and use of natural resources, while promoting justifiable economic and social development” – a right recognised in several court cases, including the Constitutional Court’s well-known ‘Fuel Retailers’ decision” .

Other Constitutional rights are affected too. Even if Shell does acquire the property right to explore and mine the Karoo – protected by section 25 of the Constitution – this right must be tempered in accordance with developing legal norms. For instance, there’s the right to just administrative action contained in section 33, which means that, with such a complex matter – where a number of national and provincial government agencies are involved – comprehensive, well-informed and integrated decision-making is required. There’s the right to access information contained in section 32, which our courts have said is intended “to ensure there is open and accountable administration at all levels of government” – a vital ingredient in South Africa’s new constitutional culture and in an open and democratic society”. And lastly there’s the right to sufficient water, in section 27(1).

Not surprisingly, water features heavily in the review. The authors’ first concern relates to the amount of water required by fracking, with Shell apparently being quite vague as to where this will come from. The review makes the point that fresh water is South Africa’s most critical natural resource, under enormous pressure from a growing population and development. It is anticipated that by 2025 water demand will exceed supply. The second concern is that fracking poses dangers to the quality of the water, as potentially toxic chemicals are introduced to hold the fractures open. The review points out that groundwater in the Karoo – used for domestic, livestock and irrigation purposes – is of a good quality,  and that it generally occurs within 50 to 100 metres of the surface. Any deterioration in the quality of this water will have a significant effect.

The review authors argue that it’s highly unlikely the fracking  proposal represents the “best practicable environmental option” for the affected area as required by the National Environmental Management Act 1988 (Nema), which stipulates that options like preserving the status quo be amongst those considered. Or that the proposal complies with the need to put people at the forefront of environmental management, and the need to integrate environmental protection and economic and social development.

The review argues that, given all the concerns about Shell’s proposal, and given Shell’s poor track record in places like Nigeria, a strictly risk-averse position should be taken.

The review cautions that fracking is unchartered territory, as it has never before been done in South Africa and there’s no policy in regard to the exploitation of shale gas. There is, say the authors, insufficient information on where the drilling is to occur, the source of the water to be used, the nature and the quantities of the chemicals to be used, the health and water contamination risks posed, and the implications of climate-change on water resources in South Africa. There is, therefore, not nearly enough information for anyone to make an informed decision. At the very least, argue the authors, there should be a moratorium pending further studies. What the authorities certainly can’t do is leave it to a future authority to deal with the  environmental implications. The authorities also can’t look at this in a vacuum. Even though this is only the first step in exploiting gas, the authorities should consider the “end game” position, the level of resistance and the potential Achilles heel of providing water.

The review notes that fracking is of major concern worldwide – in the US, the Environmental Protection Agency is conducting a study to determine, inter alia, the risk of pollution to aquifers and the risk of air pollution. There are moratoriums in place in the states of New York and Maryland, and a total ban on fracking  in New Jersey.  The UK has decided to await the outcome of the US study, but has expressed concern about the amount of water required (in rainy old Britain!).

The review is critical of the state’s ability to monitor and enforce compliance with any conditions imposed on Shell, pointing out that the capacity of the key authorities involved is poor – both the departments of Water Affairs and Mineral Resources are severely under-resourced, whereas the Petroleum Association of South Africa (Pasa) does not have the necessary environmental management ins-pectors to enforce compliance.

The review claims that although Pasa will be very much involved in the decision-making process, it is clearly conflicted. Why? Because, while Pasa is required to perform the functions of the state under the Mineral and Petroleum Resources Act 2002, and therefore must  “protect the environment for the benefit of present and future generations, to ensure ecologically sustainable development of mineral and petroleum resources and to promote economic and social developments”, Pasa’s mission statement says it will “actively promote exploration of natural oil and gas resources”.

There is also too much fragmentation in the decision-making process, says the review. As was stated by (now) Chief Justice Sandile Ngcobo in the Fuel Retailers case: “Thus economics and ecology must be completely integrated in the decision-making and law-making processes, not just to protect the environment but also to protect and promote development”.

Likely negative impacts of fracking on the biodiversity and heritage of the Karoo, says the review, are that on a socio-economic level it is the poor who often experience the economic costs of eco-system degradation most directly, because the majority of poor households depend on natural resources. There is, therefore, a substantial risk of “inequitable distribution of impacts arising from the proposed activity, and of vulnerable rural people having to bear the negative impact”.

The Karoo, says the review, is unique, in that it provides inspiration for artists and writers, and has small, tight-knit communities. There is an unacceptable risk of fracking having an “irreversible negative impact on the sense of place of the Karoo and on the lives, health and livelihoods of its communities”.

If that’s not enough, there’s also some energy policy in the review. The authors make the point that renewable energy is the trend, and whereas shale gas is a non-renewable resource, the solar resource in the Karoo area is infinite. It says the conversion of shale gas into electricity would produce greenhouse gas or emissions.

There’s some economics too – the claim of employment creation will be minimal and commercial viability of shale gas is, at this stage, uncertain. 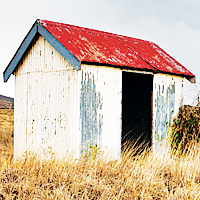 There’s even some astronomy. It’s felt fracking would adversely affect astronomy, especially with the Karoo being the home to the SA Large Telescope (Salt), and a likely home for the Cherenkov Telescope which, together with the Karoo Array Telescope (Meerkat), is a major project in which the government has invested over R1 billion). And, of course, the Karoo is a strong contender as the site for the Square Kilometre Array (Ska) radio telescope, which promises “to revolutionise science”. It is argued that atmospheric pollution, dust and light, generated by fracking may pose a threat to these projects. Over to you Shell!