The people of Swellendam have been celebrating the departure of their mayor, Jan Jansen, who was fired from the Independent Democrats just weeks before the local government elections.

But it wasn’t the pile of ordure that’s been building up around Jansen for the past few years that buried him. It was the confirmation he was standing as a candidate for a rival party, along with two other former ID councillors.

Jansen failed to make the DA/ID Coalition list for the coming polls and for weeks had been openly campaigning for the newly-formed Civic Independent Party. (Rumour has it he tried to join the ANC but they didn’t want him.)

Nevertheless he was allowed to remain in his powerful position until the last possible moment – the publication of the IEC’s final candidate lists on April 12 – despite the wealth of evidence of misconduct that has emerged during two recent investigations by the Western Cape authorities.

A stream of Swellendam councillors, officials and ratepayers told an inter-departmental investigation and a sitting of the Steering Committee on Public Accounts (Scopa) that Jansen had repeatedly interfered in the running of the municipality, tried to secure jobs and property for family and friends, obstructed the appointment of qualified people to the critically short-staffed and dysfunctional finance department and misspent municipal funds, including investing R6 million of public money in a financial company linked to the ID.

The final insult came in August when, at the behest of a property developer, Jansen put the town’s highly-regarded municipal manager, Nico Nel, on forced leave.

As reported in nose135, Cape Town businessman Jean Nortjé had taken exception to the conditions Nel and other officials placed on the mega development he plans to build outside Swellendam.

Nortjé wrote to the then-mayor accusing Nel of everything from nepotism to fraud – without furnishing a shred of evidence. Nonetheless, Jansen ordered Nel to quit his post pending a disciplinary hearing, which was supposed to take place within 60 days but never happened. Since then, the municipality has been heading steadily for the financial rocks under the helpless watch of Mervin Steenkamp, a junior official and lickspittle appointed to act in Nel’s place.

The provincial investigators, who released their report in March, found no grounds for the municipal manager’s dismissal. In fact, they described Nortjé’s accusations against Nel and other officials and councillors variously as “a misrepresentation of the facts”, “very strange” and “unfounded”.

At the time of writing, Swellendam was confidently anticipating the imminent return of Nel to his post – and of the municipality to some order.

When Noseweek asked the ID why it had taken so long to eject Jansen,  Western Cape secretary Rodney Lentit repeated the party’s previous position that it could not interfere in local council affairs.

Even when the ID mayor was seen driving around with a Civic Independent sticker on his car? 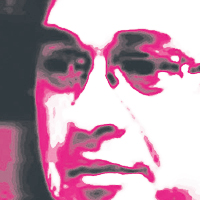 “Our legal advice was that we should wait until the IEC released the official candidate lists before we took action.”

ID leader Patricia de Lille was also asked about the R6m invested in a company called Quadrix Asset Management – heavily plugged on the party’s website where it is described as “the ID’s unique financial services partner”.

De Lille told us the investment was perfectly above-board. There had been a tender process which was initially won by FNB. When the bank pulled out, Quadrix was awarded the contract as the only other bidder.

So that’s alright then.