Pity Ursula Smith, the legal secretary who had the temerity to take on her former employer, giant legal firm Eversheds (noses133,136). In nose136 it was reported that Ursula (a nom de guerre) was awarded R78,000 by the CCMA in a “default judgment” after complaining of constructive dismissal. Eversheds had failed to turn up for the November 8 hearing. 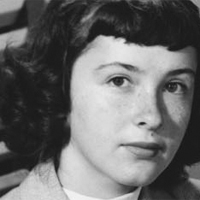 However, Eversheds failed to pay up by the deadline of December 15. Then, in February, Ursula received a curt SMS from the CCMA instructing her to attend a new arbitration hearing on March 4. It emerged that the law firm had protested the R78,000 award, claiming they had not received notice of the November hearing – despite a fax advice noted in Ursula’s file.

At the March 4 hearing, Eversheds appeared in force in the form of deputy chairman Lavery Modise and Ursula’s nemesis, HR director Nikki Webb.

There was another delay: Eversheds said its senior labour lawyer, Imraan Mahomed, who would lead evidence for the firm, required two full days to cross-examine Ursula, and would be calling six witnesses.

In order to give the great labour lawyer time to prepare for his epic clash with poor Ursula, the arbitration was postponed to May 3 and 4. (Big law firms are adept at creating delays that wear down adversaries and deplete their fighting funds – and spirit.)

Meanwhile Ursula, who has a daughter in matric, has been struggling to find work and faces eviction from her rented home.