The war of attrition between reputed billionaire David Brouze and his estranged wife, Karen, has gone yet another round in the courts. This time David has been accused of “kidnapping” their two-year-old daughter when he held off returning the child for several hours after the agreed time for one of his regular access visits.

In nose136 we told the saga of the acrimonious breakdown of the Brouzes’ 17-year marriage and Karen’s quest to establish the true wealth of her 47-year-old husband – with a view to obtaining the large chunk of it to which she is entitled under the accrual system in a possible future divorce action. A share he appears as determined to deny her. 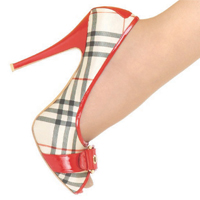 Her estimated asset breakdown – totalling more than R1 billion – was filed by Karen in responding papers after David filed an unsuccessful urgent application in December for extended access to their youngest child over the Christmas holiday. However, outside the court afterwards, Karen offered – through the attorneys – reasonable visiting rights over the holiday.

Now more court papers recount the background to the latest urgent court application after David, non-executive director and former chairman of the JSE-listed Austro Group, arrived at Karen’s home in Atholl, Joburg, on the morning of January 20 to collect their youngest child at the usual “contact collection” time of 8.30.

The bell at the gate was not working and for seven minutes David’s frantic hooting failed to rouse Karen. The “billionaire” went to the back door and after 10 minutes of banging, Karen, who was having a sleep-in, finally appeared in her pyjamas with the child.

David left with their daughter and, nearly two hours later, his attorney Graeme Greenstein faxed a letter to Karen’s attorney Ian Levitt stating: “Until such time that he [David] has clarity about your client’s [Karen’s] condition and her ability to care for… [their daughter] he will not return her.” His client sought urgent agreement that Karen would consult a psychiatrist.

Levitt declares in a replying affidavit that David “is not entitled to act in this manner. He has sought to manufacture a false case against Karen. In effect he has taken the law into his own hands and committed the criminal offence of kidnapping”.

Levitt dispatched a letter to Greenstein informing him that if… [their daughter] was not returned to her mother by 1pm he would bring an urgent application before the high court and lay criminal charges.

By 13h15 there had been no response and that afternoon Karen’s urgent application was brought before the duty judge at the South Gauteng High Court in Johannesburg, Acting Judge Jody Kollapen. After hearing the arguments of both sides, the judge ordered David Brouze to return the child to her mother “forthwith”. Indicating the judge’s disapproval of his actions, David was also ordered to pay legal costs on the scale of attorney and own client.