Victory for Vuyo (Vuyisile Zolani) Matu, the “eager to learn” school pupil from Katlehong who leapt over a first-floor balcony fleeing an abusive teacher, and whose injuries resulted in the amputation of his right leg (nose121). The Gauteng education MEC has been ordered to pay him R2.82 million in damages, with interest and costs.

As noseweek previously reported, the incident took place at Mpontsheng Secondary School in Katlehong in February 2007. Matu had twice failed grade 10 and when, aged 18, he returned to school that January for a third attempt, his Zulu teacher, Masuku Maphosa, chased him away.

On February 16 Matu was cornered by Maphosa in a school corridor. Maphosa put down a stick he was carrying, rolled up his sleeves and said: “Now it’s you and me!”.

Matu, who testified that Maphosa had frequently disciplined him and other pupils with corporal punishment, leapt over a first-floor balcony to escape, and on landing, suffered an open fracture of his right tibia and fibula. Surgeons amputated the leg below the knee.

Maphosa testified that when Matu jumped he was nowhere near him. He said he had never used corporal punishment on a learner; the worst punishment he’d imposed was to clean the stairs, pick up papers or clean a classroom. Matu, he said, had had no need to fear corporal punishment, as it was never meted out.

Not so, said Matu’s friend and fellow pupil, Tau Mokoena, who had been the school’s chairman of Cosas (Congress of South African Students). Mokoena said he and other students were frequently beaten by Maphosa and that they were afraid of him. He had made reports about the unlawful beatings to both Cosas and the Ekurhuleni district education office. Mokoena also testified that principal G M Ngogodo had told pupils at a school assembly that, although the law was that teachers could not beat learners, “this would never be the case at Mpontsheng School”.

Acting Judge Dan Bregman in the South Gauteng High Court found that Matu’s evidence was “the most probable rational explanation for the jump, namely that he was frightened of Maphosa who, immediately prior thereto had put down the stick, rolled up his sleeves and threatened him”. He found Tau Mokoena’s evidence “forthright and not vague”.

Said Judge Bregman: “From this behaviour Maphosa clearly conveyed to Matu that he intended to harm him. This, in itself, constituted an assault. Maphosa will therefore be held liable for any harm, and the specific harm suffered by Matu.”

Matu’s damages award breaks down to:

The MEC was ordered to pay Matu’s costs, including the costs of two counsel.

But how much of the R2.8m will Matu, who has recently turned 23, actually receive?

How much will attorney Anthony Millar of Norman Berger & Partners deduct from the pay-out for his “contingency fee” and top-up legal costs?

Millar tells noseweek he cannot answer these questions without Matu’s permission. And Matu is apparently nowhere to be found. Millar says that after the case, the young man had “a falling out” with his mother and his aunt (the latter is Thembisie Matu, actress and grande dame of TV commercials for Cell C, Doom and Joko).

“We did give him the complete bundle of medical records and offered to assist him in sourcing a new prosthesis,” says Millar. “Vuyo indicated he would make his own arrangements and we haven’t he 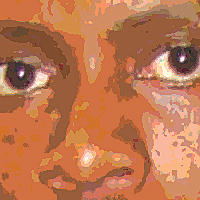 ard anything further from him.”