I don’t know the law in Japan, so I can’t tell you if Tokyo Electric Power Co (Tepco) can plead insanity to the homicides.

The Obama administration, just months ago, asked the US Congress to provide a $4 billion (R27.5bn) loan guarantee for two new nuclear reactors to be built and operated on the Gulf Coast of Texas – by Tokyo Electric Power and local partners. As if the Gulf hasn’t suffered enough. 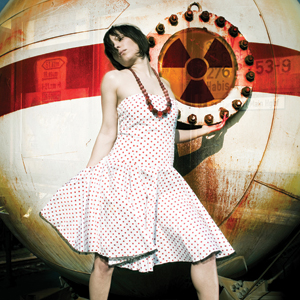 Here are the facts about Tokyo Electric and the industry you haven’t heard on CNN:

The failure of emergency systems at Japan’s nuclear plants comes as no surprise to those of us who have worked in the field.

Nuclear plants the world over must be certified for what is called “SQ” or “Seismic Qualification”. That is, the owners swear that all components are designed for the maximum conceivable shaking event, be it from an earthquake or an exploding Christmas card from al-Qaeda.

The most inexpensive way to meet your SQ is to lie. The industry does it all the time. The government team I worked with caught them once, in 1988, at the Shoreham plant in New York. Correcting the SQ problem at Shoreham would have cost a cool billion, so engineers were told to change the tests from “failed” to “passed”.

The company that put in the false safety report? Stone & Webster, now the nuclear unit of Shaw Construction which will work with Tokyo Electric to build the Texas plant, so help us.

Night after night we’ve heard CNN reporters repeat the official line that the tsunami disabled the pumps needed to cool the reactors, implying that water unexpectedly got into the diesel generators that run the pumps.

These are Emergency Diesel Generators (EDGs). That they didn’t work in an emergency, is like a fire department telling us they couldn’t save a building because “it
was on fire”.

One of the reactors dancing with death at Fukushima Station 1 was built by Toshiba.  Toshiba was also an architect of the emergency diesel system.

The South Texas project-in-the-making has been sold as a red-white-and-blue way to make power domestically with a reactor from Westinghouse, a great American brand,  but the reactor will be made substantially in Japan by the company that bought the US brand name, Westinghouse-Toshiba.

Tepco and Toshiba don’t know what my son learned in 8th grade science class: tsunamis follow Pacific Rim earthquakes. So these companies are real stupid, eh? Maybe. More likely is that the diesels and related systems wouldn’t have worked on a fine, dry afternoon.

Back in the day, when we checked the emergency back-up diesels in America, a mind-blowing number flunked. At the New York nuke, for example, the builders swore under oath that their three diesel engines were ready for an emergency. They’d been tested. The tests were faked, the diesels run for just a short time at low speed. When the diesels were put through a real test under emergency-like conditions, the crankshaft on the first one snapped in about an hour, then the second and third. We nicknamed the diesels, “Snap, Crackle and Pop”. (Note:  moments after I wrote that sentence, word came that two of three diesels failed at the Tokai Station as well.)

In the US, we supposedly fixed our diesels after much complaining by the industry. But in Japan, no one tells Tokyo Electric to do anything the Emperor of Electricity doesn’t want to do.

The US has a long history of whistleblowers willing to put themselves on the line to save the public. In our racketeering case in New York, the government only found out about the seismic test fraud because two courageous engineers, Gordon Dick and John Daly, gave our team the documentary evidence.

In Japan, it’s simply not done. The culture does not allow the salary-men, who work all their lives for one company, to drop the dime.

Not that US law is a wondrous shield:  both engineers in the New York case were fired and blacklisted by the industry. Nevertheless, the government (local, state, federal) brought civil racketeering charges against the builders. The jury didn’t buy the corporation’s excuses and, in the end, the plant was, thankfully, dismantled.

Am I on some kind of  anti-Nippon crusade? No. In fact, I’m far more frightened by the American operators in the South Texas nuclear project, especially Shaw. Stone & Webster, now the Shaw nuclear division, was also the firm that conspired to fake the EDG tests in New York. (The company’s other exploits have been exposed by their former consultant, John Perkins, in his book, Confessions of an Economic Hit Man.)

If the planet wants to shiver, consider this: Toshiba and Shaw have recently signed a deal to become world-wide partners in the construction of nuclear stations.

So, if we turned to America’s own nuclear contractors, would we be safe?  Well, two of the melting Japanese reactors, including the one whose building blew sky high, were built by General Electric of the Good Old US of A. 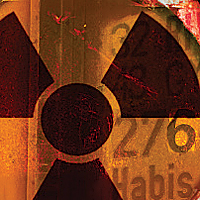 [After Texas, South Africa is next. Eskom and the South African Government are looking for cheap nuclear reactors to double up Koeberg. – Ed]

And now, the homicides:

The Japanese plants are releasing radioactive steam into the atmosphere. Be sceptical about the statements that the “levels are not dangerous”. These are the same people who said these meltdowns could never happen. Over years, not days, there may be a thousand people, two thousand, ten thousand who will suffer from cancers induced by radiation.

The carcinogenic isotopes that are released at Fukushima are already floating to the US west coast with effects we simply cannot measure.