Books: Ever the twain shan't meet

The subtitle of this delightfully entertaining, erudite and thoughtful tome (750 crowded pages) is The Patterns of History and what they reveal about the Future. Tantalising. We’re all suckers for a bit of the old crystal-ball routine. And the fact that its promise is uttered by an eminent archaeologist and historian is surely a guarantee of sophisticated prognostication.

And so it is. If, however, the reader is expecting specific prophecies which would allow one to go forth and, say, invest profitably in pork bellies, you might be disappointed. As for the future ratings of East and West in the dominance game, well... it’s complicated. Like real life. 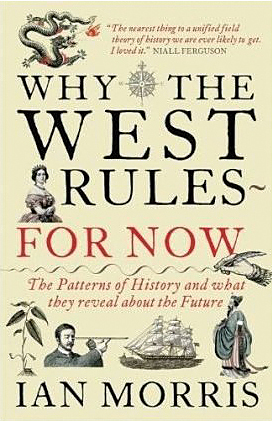 Morris (it’s Ian, not Jan the well-known writer) is a highly intelligent version of  ye ancient soothsayer: In essence, he’s saying that anything is possible, given the vagaries of weather,  politics, cultural variations and the precise significance of the apocryphal tree falling in the forest while we are not around to witness that event.

He does, however, provide the reader with a treasury of information, solemn and otherwise, exploring the rich lunacy of human history. The thing is, you have to do your own analysis of the evidence. Morris does not stint in his endeavours to assist the reader, with anecdotes, bibliographies and indexes that would surely put the British
Library to shame. That he is able to marshall so much information, while retaining the alternately awed and amused interest of the reader, is hugely impressive.

But if you think you are going to work out the betting odds on whether China or the West is going to win the race for world dominance, well...

Morris will probably ease you into a state of humble acceptance of fate. For all the bravado of human leadership, we are all, great or little, moulded by the past and baffled by the unpredictability of what is to come.

The somewhat contrived fantasy introduction to Morris’s book depicts a scene in which a desperate young Queen Victoria is forced to become a vassal of the Emperor of China – a what-if scenario which, the author contends, could possibly have occurred had Britain not had the good luck to undergo the industrial revolution before rival countries did so. Pure luck, says Morris.

A gruesome example of the luck factor is, for instance, the fact that, while Americans slaughtered each other with artillery and repeating rifles, in the 1860s Civil War, the Chinese were doing the same to each other with cutlasses and pikes in the world’s last traditional war. “For sheer horror, the traditional  version far outdid the modern one. Twenty million died, mostly through starvation and disease, and Western diplomats and generals exploited the chaos to push farther into East Asia.”

Karl Marx, apparently, wrote a China column for the New York Daily Tribune. He claimed that, for thousands of years,  Oriental states had been so centralised and powerful that they had stopped the flow of history. Europe progressed from antiquity through feudalism to capitalism, and proletarian revolutions were about to usher in communism. “But the East was sealed in the amber of despotism and could not share in the progressive Western trajectory.” 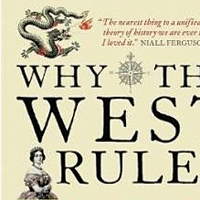 When history did not turn out exactly as Marx had predicted, Leninists insisted that, if they could shatter the old fossilised societies, it should be done at whatever cost. This theory is not the only reason, says Morris, why Mao, Pol Pot and the Kims of North Korea unleashed such horrors on their people, but it bears a heavy responsibility.

Would-be prophets should enjoy studying Morris’s charts, graphs and other attempts at discerning a future consequent on a vivid past. But if you worry about trying to work out a sure-fire method of protecting life and limb in the years to come, it might be wiser to stop swimming against the tide of history. Live a little. While you can.