We’ve written about Schulphoek before – the appalling decision of the Overstrand Municipality in Hermanus to sell land adjacent to Zwelihle township to facilitation company Rabcav to develop an upmarket seaside estate that will deprive Zwelihle residents of access to the sea, while delivering on none of the promises made in the consultation process.

After numerous objections had been lodged, DA Western Cape Local Government MEC Anton Bredell “investigated” and concluded that the deal was kosher, as was the highly suspect underlying agreement between the municipality and Rabcav.

Betty’s Bay resident and DA sup­­porter Mike Stakemire wrote to Bredell, with a copy to new Overstrand mayor Nicolette Botha-Guthrie. Stakemire recorded his “strongest objection” to the deal, questioned the giveaway price, the “embedded status” of Rabcav, the lack of a tender process, and the blocking of access to the sea.

Bredell didn’t respond, leaving it to greenhorn Botha-Guthrie to try her skills at shrugging off inconvenient questions. She chose the old tried and tested technique of her Nat predecessors:“Ek’s die baas, slimmer as jy, so fokof met jou vrae." 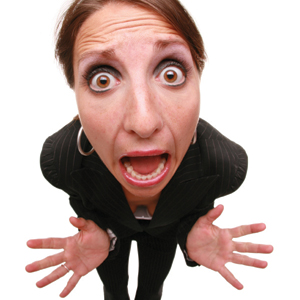 Her Haughtiness had this to say: “As acknowledged by yourself, you are clearly not au fait with this very complicated matter… most of your assumptions/statements are incorrect… it is respectfully suggested that, before criticising the Municipality, you ascertain the facts and develop an informed opinion rather than relying on press reports.”

Stakemire reminded her that three high-powered lawyers (former Supreme Court of Appeal Judge Johan Conradie, Advocate Gys Hofmeyr and attorney Joe Brink) had written a legal opinion that con­cluded that the underlying agreement between the municipality and Rabcav was invalid (thus making the Schulphoek deal invalid), and asking whether Bredell had been shown this opinion.

Botha-Guthrie responded much as before: “The fact that you are a ratepayer of this Municipality obviously entitles you to have legitimate access to certain information... however I fail to see how you are an affected party.”

She went on to say a lot more: that the legal opinion was irrelevant because it related to a development other than Schulphoek and therefore could not possibly “have the effect of attacking the legitimacy of the Schulphoek contract”; that the municipality had obtained its own legal opinion that said the Rabcav agreement was binding; that “the documents” (still not specified) were “all” made available to the team appointed by MEC Bredell; that she has a “serious problem if we continue to dabble with events of the past whereas we are actively managing the future”; that Noseweek is not interested in the truth and has on occasions published “false and slanderous statements affecting the political and management structure of this municipality”; that her municipality is honourable and that “if you do not agree with this, this is a matter you have to live with and I trust you can now rest assured that the affairs of this Municipality are in safe and competent hands.” 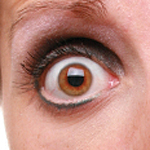 Stakemire responded, pointing out that Botha-Guthrie had clearly not studied the legal opinion which concluded that the Rabcav agreement was “invalid and unenforceable”. He could also have pointed out that Judge Conradie expressly said the opinion could well be relevant to the Schulphoek deal. And that it’s outrageous for a municipality to prefer a one-page unreasoned opinion from a small-town attorney (for that, as far as we can tell, is what the municipality relied on) over the opinion of Judge Conradie and co. Or that her answer does not actually confirm that the opinion was given to Bredell.

Or that the “let’s-not-dwell-on-the-past-but-rather-look-forward” thing, like patriotism, is so often the refuge of the scoundrel.