Memoirs are made of this
As one of Wilfred Rosenberg’s family (“Gangster on the wing”, nose128) and as one of the people he stole money from (he’s not my favourite uncle) I’m wondering how he’s going to write his memoirs when he hasn’t known what day it is for many years. If nothing else, it should make for interesting reading!
Mark Rosenberg
Australia

Schoolboy thugs and lawyers
The article “I didn’t slash his throat, he fell on my bottle” (nose128), highlighted the fact that accountability has lost its meaning amongst the youth in this country.  When my son was attacked in 2005, the perpetrators of the vicious assault on him were not held responsible for their actions and went unpunished.

This lack of accountability has now had more serious consequences. Once again, a brilliant and expensive attorney has been hired to get them off the hook. I wait with anticipation to see whether this time – in light of the fact that the attack was captured on camera and the perpetrators are no longer under-age – justice will be served.

While I applaud noseweek for drawing public attention to this case, the article is inaccurate on one important score: In 2005 St John’s College made a proposal to me via their attorneys – I still have it – in which no settlement figure was mentioned.  They’d left a blank space, to be filled in on signature of an agreement between us. I refused to enter into negotiations with St John’s College regarding this proposal, as I would not accept the conditions, inter alia; that criminal charges would be withdrawn against the boys; that the “trial” would be held on the school property; and that compensation would be limited to the current medical expenses incurred by our family.

My son has indeed put the events of 2005 behind him and is conducting his life with dignity and a maturity beyond his years. I am proud of him.

I wholeheartedly support Martyn Webb in his attempts to achieve justice for his son and I hope that this time the legal system will reward him by making certain that the perpetrators of this violent attack on Anthony are given sentences in accordance with the severity of the crime committed.
Lynne Baker
By Email

While it did not appear in the papers, a figure was mentioned: In nose72 (Oct 2005) we quoted Mrs Baker’s attorney Sean Sim: “Gilbert Marcus [the top advocate who attempted to obtain compensation for Wayde from St John’s in return for Mrs Baker dropping all criminal charges – an amnesty proposal rejected by Mrs Baker] just said ‘there is money – there’s R250,000 and there may be more’. To open the negotiations I said to Tim Gordon-Grant (St John’s attorney) that we’re looking around the R500,000 mark.

“I would not have encouraged Mrs Baker to take just the R320,000 medical costs, as assessed by Stephen Flowers. That didn’t reflect the true damages which have been suffered by Wayde. There’s pain and suffering involved.” 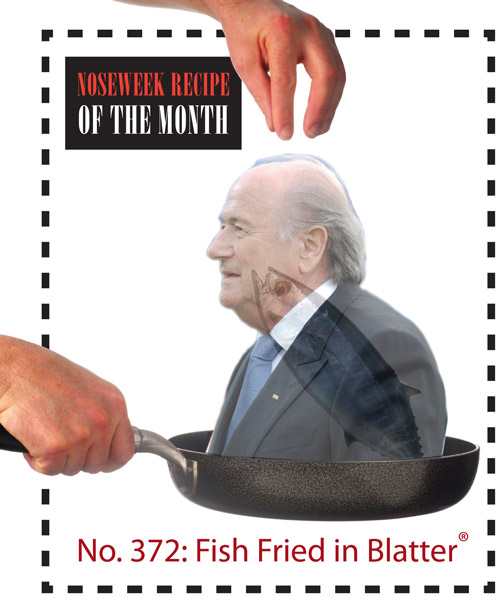 Extortionists in suits
Your stories (noses124&128) about “law firm” Van de Venter Mojapelo Inc (VVM) hit the nail on the head. I was consulted by a very worried client who had received a finely phrased letter from VVM about an allegedly unpaid SATV licence, in which they dealt with all the dreadful consequences that could befall the addressee should she fail to respond. I tried to phone VVM, but when I got to the endless electronic options I gave up and wrote a letter.

My client was very concerned about the demand as the addressee, her mother, had been dead for some four years. In any event, she was present when, some 16 years ago, her mother cancelled her licence! The deceased had no television at the time of her death.

My submission, despite Grobler’s comments, is that the “demand” does not constitute a demand but a form of threatening behaviour that amounts to extortion: it puts the fear of God into the soul of any recipient.
Willem
Gauteng

I have followed the doings and screwings of the VVM crowd with great interest. To my untrained eye it appears that they have managed to rake in a few seriously big clients.

Having not paid my TV licence for some time (due to issues of principle I have with the SABC), I received a very nasty letter from VVM’s Mr Frank Konoti, early in 2009. At about that time I heard on radio that an “amnesty” would be available for transgressors like myself, should all outstanding licence fees be paid by 31 January 2009.

I promptly paid on 29 January 2009, then sent Mr Konoti confirmation in writing that I had availed myself of the amnesty and that my account was now fully settled. I have not heard since from either the SABC or VVM, but then I also haven’t received a licence or other proof of payment.

On 29 May 2009, due to a stupid error, I transferred R6,142 from a business account to the SABC. Although I tried, within seconds of having made the error, both directly and through our mutual bankers (FNB) to stop the payment or get it reversed, I did not succeed. In one such call (after being transferred from pillar to post) a SABC staff member  assured me: “Don’t worry sir, we’ll credit your account and you should have a paid-up licence for many years.” When I said I want a refund, the response was: “Sir, you know we experience cashflow problems – it should be a while before we will be able to refund you.” When I remained adamant, I was referred to the SABC’s attorneys, VVM.

VVM’s Mr Konoti assured me that a refund could be processed, and that he would revert to me. On 5 June 2009, VVM asked me for an affidavit explaining what happened and that I wanted a refund. I posted it to them five days later, for attention Naphtally Mosena, who was by now dealing with the matter.

I have since then tried many times to contact VVM and the SABC about the matter, but a deafening silence seems to be the only response they can muster – once again demonstrating VVM’s lack of ethics and total disregard for the general public.

And the legal fraternity can’t understand why they’re the brunt of so many bad jokes!?
Deon Afriaanse
Durbanville

50 lashes for Vodacom CEO
In Nov 2008 I travelled to the East with my international roaming data card. Having done it before, I had an idea about the extra costs, but I was given no documents to sign, no warnings – nor was I told where I could, or should, review costs before travelling.

For three days in Hong Kong the price was what you’d expect: About 10 times the normal price. Then I hopped on a ferry for one hour and landed in Macau, where I stayed for three days. There, with no warning, the data charge suddenly jumped to 300 times it’s normal rate.

Those three days’ e-mails and internet use cost me R35,000. I refused to pay and told them to sue me. They reduced the bill by 25% and I chickened out and paid up. They must have bankrupted many unsuspecting people like this. By now there can be no doubt that this is taking place with the full knowledge of the CEO of Vodacom.

Whoever this stinking personage is, he should be given 50 lashes in the street outside the Vodacom building as a warning against screwing hard-working folks out of huge sums of money.

The issue here is informed consent: If any of us had had any idea of what we were in for, we would not have used the data cards. Vodacom made zero effort to inform me. Obviously they didn’t – that would have lost them R35,000!
Jozy Boy
Kommetjie

All the questions you raised a year ago are being asked again, now that Retail Africa is proposing to build yet another mall on land zoned for agriculture, this time at the corner of the R55 and Kyalami Main Road – probably with loans from Absa.

The majority of affected parties in the area are opposed to this development, for a multitude of reasons.

A draft assessment report by Bokamoso Landscape Architects and Environmental Consultants, is totally flawed: the required participation of the “Interested and Affected” parties has not taken place; the necessity of the development is questioned; and the inadequacy of services has been pointed out. Plenty of other factors have been raised too: On one of the plots there is a beautiful 60-year-old farmhouse; this is a rural residential area well known for its equine culture and tradition; the environmental impact of a shopping centre in an area that already cannot accommodate the through traffic will be catastrophic; safety and security issues have not been discussed.

You must surely be right when, with reference to ABSA, you use the term “reckless lending”. You are also spot-on when you describe the valuations, formulas and data used to predict rental income as “a developer’s dreamland that bears little or no relation to reality”.

The questions that really require answers are:
1. What is driving these unscrupulous developers?
2. Given that some of the malls Absa has financed are “haemorrhaging money”, and in view of their latest results, can it afford a reckless lending policy?
3. Do the banks have contingency plans with their friends at the Reserve Bank?
4. Is Absa violating competition laws as a result of its involvement with Retail Africa?

Lots of “news you’re not supposed to know” in this sad saga!
WF Heinz
Kyalami

Can’t get no satisfaction
A quick note to express my severe dissatisfaction with noseweek.

I pick up a copy from the local store at the end of the month, read it from cover to cover (including the Smalls) within hours – and then have to wait another 30-odd days before the next one appears. Very frustrating!
Johan Marais
Irene

Why al-Qaeda loves our passport
There are serious security questions about the new SA passport which was quietly introduced last ...
Dear Editor
Wilf's not my favourite uncle Schoolboy thugs and ...
Dear Reader: Gill gets it done
At the Reserve Bank the new governor has taken the swing door in, the departing ...
Horns of a dilemma: who's who in Zazu
By now the entire world is familiar with the Vuvuzela, that unlovely air horn that ...
Complaining about ads is always a gamble
Our public protector, the Advertising Standards Authority (ASA) makes its way onto these pages rather often. The ...
Comrade Giraffe
The Nelson Mandela Bay Metropolitan Municipality is paying huge monthly rentals for office space it ...
Wilf in sheep's clothing
In the secret files of rugby legend Wilf Rosenberg, whose connections with the Israeli Mafia ...
Wade & Louise
Wade Gomes and Louise Baker – now there’s a pair of smart operators. As Gillian ...
The spy who went in too deep
Raymond van Staden died heroically, after plunging into treacherous currents off Amanzimtoti beach to go ...
Stent: Soccer
World Cup ...
Bank robberies on the increase
Some clever bloke invents something absolutely bloody marvellous and approaches a large corporate; their geeks ...
They shoot players, don't they?
My my my, I never thought I would see the day – but there it ...
Special cases
Uncle Sam wouldn't allow the people of Chile to make fools of themselves. ...
Classified ads
Personal Legal, Insurance & Financial ...