Your Letters column (and editor’s comments) alone are worth the cover price of your  publication. It’s almost like getting all that other good stuff for free!
David Brand
Florida Hills
Interesting readers make for an interesting conversation. – Ed.
O Tannenbaum!
Nic Pagden – head of Citibank Corp Finance and Investment Banking – was, despite his position, a victim of the Tannenbaum ponzi scheme.
But Chris Harris was part of one of Dean Rees’s Hong Kong account opening expeditions, where the participants were all given Mont Blanc pens and Mandela Platinum bracelets. Nice!!
G
Johannesburg
Pagden the victim of an outrageous ponzi scheme? Hard to believe but, if we did, what sort of confidence would that inspire in Citi’s “Corporate Finance and Investment Banking” expertise? – Ed.
Great Investec advice
Love your further exposures on Investec. I took your earlier advice and moved my investments – before the full financial crisis hit – and, guess what, I’m still getting positive returns. Keep it up.
Irene B
Sandton
Hibiscus-where?
In you editorial in nose116 you refer to Sheryl Cwele being employed by “Hibiscus Coast municipality (wherever that might be)”. You should Google and find out. It’s on the South Coast of KwaZulu Natal – where the sardines run and the hibiscus flowers and the sea is sparkly blue. Hope this helps.
Denise
Hibiscus Coast Municipality
Your article in nose116 about Sheryl Cwele and her suspiciously close relationship with Tessa Beetge – now jailed in Brazil for drug smuggling – made me sick to my stomach. It has since been reported in the Mercury that the Hibiscus municipality has cleared “Darling Sheryl” of everything. Is that the last we’ll hear about it?
The “cronies” seem to be able to get away with anything.
Arnold
Durban
Does the Hibiscus municipality now speak for Interpol, the drug squad and the national prosecuting authority? Not officially, no, but maybe it speaks for the Party – which probably makes what all the law enforcement agencies think about the matter irrelevant. – Ed.
DA cosying up to Fuchs?
With regard to your statement in nose116 (“DA sits on cemetery report”) that Anton Fuchs’s presence at the DA’s table at the Gordon’s Bay voting station suggested that he had “cosied up” to the DA again in the 2009 elections, I wish to state for the record:
The reason Anton Fuchs was at the table and various residents were asked to lend a hand was because our DA ward councillor had neglected to make any arrangements for the appointment of the required party agents to man the tables, and so asked Mr Fuchs at the eleventh hour if he was able to call upon volunteers to do so. This was done by Mr Fuchs who spent the day assisting at the polling stations.
Glenn Bristow
Gordon’s Bay
Bank’s invisible policy
Following on Mr Black’s bad experience with Standard Bank’s telesales department after they sold an inappropriate policy to his elderly mother over the telephone (nose117): In my experience it is unlikely that Standard would have sent a policy document to his mother, whatever they now claim.
When I was offered a similar deal for insurance against “death and broken bones” earlier this year, I requested a copy of the policy document before I would commit. The agent said that the telesales deal did not include a copy of the policy document (or words to that effect).
So I told her: no document, no further interest. I did not hear from them again.
Philip Myburgh
Stellenbosch
Policies containing an accident cover element from both long- and short-term insurers always contain a maximum age limit at which the accident cover will cease – usually 65, but maximum 70 with some insurers. If an accident-only policy was issued for a person over the maximum age limit, there was never a valid contract and the full premium must be returned to Mrs Black.
B
Sandton
Questions for Mugabe
Many articles are written about the reluctance of international donors to provide Zimbabwe with financial aid until they are satisfied that human rights are being upheld. What about Mugabe himself? He should be asked a very simple question? “What was your net worth when you became the leader of Zimbabwe and what is your net worth now? How did you accumulate this wealth?” It should be returned to Zimbabwe to start the reconstruction process before any other government provides any form of financial aid.
Peter Verwer
Midrand
Missing Marike
I was really sad to hear of the death of Marike Roth. My condolences to her family, friends and colleagues. Her humour will be greatly missed.
I also believe that in SA we really need more positive icons.  I greatly enjoy noseweek which treads fearlessly where others will not go, and your work is constructive in many ways, but how about adding some really positive, exciting and inspirational stories – at least one in each edition?
Dr W F Heinz
By email
I’ve been a fan of Web Dreams for a long time and though she had shared some of the details of her illness, the news of Marike Roth’s passing came as a shock. She will be sorely missed. My sincere condolences.
Alex Jay
Jo’burg
See editorial. 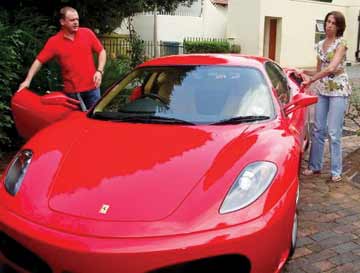 Please ensure you publish the correct pictures to support your stories. You should not have published my picture when I have absolutely nothing whatsoever to do with the article.  Clearly you were having a field day and did not care. I find this totally unacceptable and I will be seeking advice in this regard.
Kerry Prenger
Sandton
I am puzzled. Where did we use your picture? Please give details so that we can investigate and publish a correction where necessary.
Ed.
You used it in your Ponzi story (nose117) where you said something along the lines of “Me [Dean Rees] and Dominique [Mrs Rees] went and splashed out on another little runaround” – next to a picture of Dean and his red Ferrari. But that is not Dominique in the photo with Dean and gives the wrong impression.
Kerry
By email
How do you know that’s you in the picture with Dean and his Ferrari? And, if it is you, what “wrong” impression might it create?
Ed. 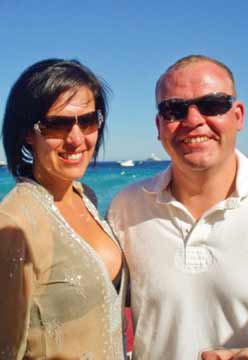 What a ridiculous question! How on earth do YOU think I know it’s me in the picture?? And as for the wrong impression, as editor, I expect you know the answer to that.
Kerry
Oops! Sorry.
Ed. 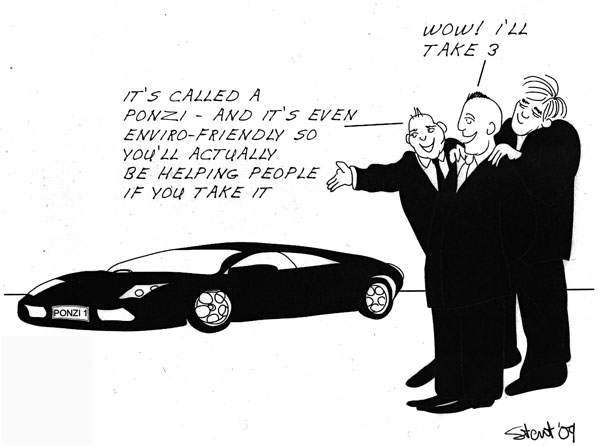 WARNING! Your cellphone is a pickpocket
Unsolicited content services are rich pickings for unscrupulous network providers. It appears that pre-paid subscribers are ...
Dear Editor
O Tannenbaum! ...
Dear Reader: The racket in your pocket
They started out as “petty” consumer gripes about mysterious charges – R50 here, R120 there. ...
Mr Nose: Visit a safer SA &Piglet Flu
Readers may recall Lorraine Melvill and her ingenious business, Surgeon and Safari, which attracted "visitors ...
Was PrimeTel boss murdered?
A cover-up by a specialist public relations agency has caused a riot of rumour and ...
City councils tangle with broadband
The first thing to grab your attention as you enter the Centurion municipal administration offices ...
Deal or no deal?
When is an agreement not an agreement? When Absa says it isn’t – this is ...
All in the Mind: Grey advertising in the Black country & Glomail in the dogbox
GREY ADVERTISING IN THE BLACK COUNTRY Recently the Western Cape High Court ruled that a wine trademark registration for Swartland ...
One false move...
Watching her husband being wheeled off to the operating theatre at Cape Town’s Panorama Medi-Clinic ...
The R1.4bn Moti in Investec's eye
South Africa's best-dressed developer owes the bank R8.4m a month - and he hasn't paid ...
Romancing Ms Silverstone
She's the squeeze of the bank's brand director: will that help the Jupiter Drawing Room ...
Dogfight at SPCA
South Africa’s biggest animal charity, the NSPCA, is in urgent need of rescue. The charity ...
Joburg's poisoned well
Johannesburg exists because of gold. Now it's a race against time: mining operations have created ...
Life after Eden
There’s nothing I could say that would adequately express my sense of loss. I will ...
Durban's 2010 website is R6.5m turkey, say experts
Durban’s eThekwini municipality is under fire after spending R6.5m on a World Cup website that ...
UPDATES:Stuffed Pridjeon
The Advertising Standards Authority has come to its senses regarding Dr Harris Steinman’s status as ...
UPDATES: On the game in Hermanus
The good folk of Hermanus are still waiting to find out what money (if any) ...
How the under-aged slip through the net
The internet is a big and dangerous thing.  ...
Books
Sex and the single sailor Thereby hang many ...
Klapotz!
I’ve always thought it was Bernard Shaw who said youth is a wonderful thing, it’s ...
Classified ads
It has come to my notice that I have the best wife in the world. ...
WINE:Smooth Customer
...