BARRY TANNENBAUM TAKES S.A. MILLIONAIRES FOR A R2 BILLION PONZI IN THE PARK

Barry is the famously pious son of Harold Tannenbaum, mega-rich son of one of the founders of Adcock Ingram, South Africa's second-largest pharmaceutical company. 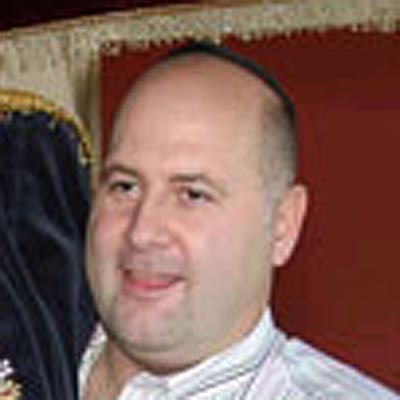 Leppan told the court he had been persuaded to invest in what was supposed to be a hugely profitable scheme devised by Tannenbaum to finance the importation of raw materials required for the local manufacture of pharmaceuticals – so profitable that Leppan was promised a 20% return on his money every 12 weeks.

Tannenbaum said he had advance orders from various major drug manufacturers, so there was no risk. The deal seemed so good that Leppan invested close on R3 million.

But when earlier this month he asked for his capital and interest – by now totalling R5m, Tannenbaum's cheques, drawn on his personal account at RMB Private Bank in Pretoria, bounced. The bank informed Leppan that Mr Tannenbaum – who has recently emigrated to Australia – had closed the account.

The court made an order placing Barry Tannenbaum's estate under provisional sequestration.

Nothing too remarkable there – until you learn that Mr Leppan is one of hundreds of South Africa's millionaires who have been caught out by Barry Tannenbaum and his representatives in the country's biggest ever cash pyramid or ponzi scheme.

Leppan says in his affidavit he was given the name of one man who had invested R30m. noseweek has the names of many others: one of them is former Pick n Pay CEO Sean Summers, who invested over R50m, and claims he is now owed over R100m. Just so he shouldn't feel too bad about it, the former CEO of OK Bazaars, Mervyn Serebro, invested R25m and believes he is now owed over R50m.

Between them, an estimated 400 investors are believed to have lost R2bn or more. All of it has disappeared, most of it via a Hong Kong bank account, to... well only Mr Tannenbaum and two or three of his local recruiting agents know where.

Many were so seduced by greed, that they emptied their offshore dollar and euro accounts into Mr Tannenbaum's account. Now they're frantically selling the fancy cars that they bought in a fit of euphoria only months ago. If you're looking for a good deal go to Investment Cars in Bryanston, who have a new stock of good-as-new Porsches, Lamborghinis, Rollses and Bentleys, only slightly used by Tannenbaum's victims, on offer. Poor Mr Serebro has even put his house up for sale.

Recently about 200 of the investors attended a meeting at the offices of attorneys Routledge Modise in Sandton. The meeting was chaired by a partner in the firm, Warren Drue – who introduced himself as a fellow investor. There to represent a whole clutch of Cape investors who had invested over R100m between them were attorneys Craig Delport (see past noses about him) and Richard Goudvis. Surprisingly, also there to address them was Tannenbaum's main Johannesburg agent, attorney Dean Rees.

It has been estimated, by some of those in the know, that Rees made “hundreds of millions” out of commissions he earned by recruiting investors for the scheme. In February, when Tannenbaum had already defaulted on interest payments two months in a row and some investors had started asking nasty questions, Rees hired a private jet and flew to Switzerland with his wife and two small children. It is believed that shortly before that he bought a house in Lausanne for several million Euros, and another in Barcelona.

He was back in Johannesburg and booked into suite at the Michaelangelo (R10 000 a night) to attend the meeting of panicked investors at Routledge Modiese's office – apparently hoping to persuade them that he was as much a victim as they were, and that he was "on their side" in attempting to recover their money. Despite his best efforts – and attorney Drue's attempts to protect him from unsympathetic questioners, the majority of investors present clearly weren't going to take Reeses word for it. His Prada shoes, Ed Hardy Jeans ($1 000 a pair) and spectacular gold watch did not help the situation at all. (Friends say he has a collection of “investment” watches equal to that of the late great Brett Kebble.)

Immediately after the meeting Rees booked out of the Michaelangelo and was on a flight back to Switzerland.

Another Tannenbaum recruiting agent almost as well-known as Rees is Daryl Leigh, who previously worked as a legal advisor for Nedbank Corporate and then for the Development Bank. Unlike Rees, Leigh has taken to the shadows and is refusing to talk to anyone. Last year it became apparent that he had suddenly come into money when he acquired not only one but two Lamborghinis (their colour didn't quite match, so he paid an extra R120 000 to have them resprayed to match) --  and a Bentley. Two months ago he hit the headlines when he allegedly diced a friend in a Porsche down the William Nicol highway.  The friend went off the road and was killed -- and Leigh now stands to be charged with culpable homicide.

So we have all the usual cowboys – why aren't we surprised to find the old stockbroking Lowenthals, father and son, in there with the best of them? -- but Sean Summers and Mervyn Serebro?! John Storey of Cobalt Capital (and previously of Mcubed - see more about that in issue 89). Nic Pagden ex City Group (for a rumoured R40m)? Bruce MacDonald of Zenprop (said to be in for R50m)? Tim Hacker and Johnny Rosenberg?  They all claim to have first consulted experts and auditors who assured them all was well! (How come the bankers handling this extraordinary flow of cash off-shore did not notice and ring the alarm bells?)

The bottom line: how come all these smart businessmen somehow, with all their lawyers and accountants, never got around to using some plain common sense and asking themselves: if Barry Tannenbaum can afford to offer 20% for an eight or ten week investment – secured by firm advance orders from South Africa's biggest generic drug manufacturer, Aspen, why wouldn't he take the same firm order contracts to his own bankers, RMB and Investec, and borrow the money there at an extravagant 4% for two months – and keep the remaining 16% for himself?  Charitable feelings for his fellow millionaires?

And did any of them give a thought to the idea that they were confident of earning easy billions because of  the implied vast profits to be made out of South Africa's desperate need for anti-retrovirals to deal with the Aids crisis?

Quite apart from the obvious questions which Messrs Tannenbaum, Rees and Leigh are going to have to answer, the big questions that the public of South Africa will want all these legal experts and masters of finance and industry to answer is: How do we face a recession with that level of business acumen at the top?

SA's mall shakeout
Tenants can't pay the rent and investors stand to lose their money as the commercial ...
Dear Editor
Cover hijacked Disgusted Healthy advantage ...
Dear Reader: Stormy weather
Want to know which way the wind blows in South African politics today? Whether to ...
No free lunches (or listings)
Beware directory publishers bearing apparent gifts ...
DA sits on Gordon's Bay cemetery report
Are there indications of 'financial generosity' on the part of developers? ...
Paradise Lost
What seemed like a dream holiday house development in Mozambique has turned into a nightmare. ...
Update: Noorjehan Abbass
Noseweek has previously described the story of Cape attorneys, Fairbridges, and the serial thief they ...
The Kebble Art Auction - There's gold in them thar oils
Brett Kebble, alert to self-enrichment opportunities, may have gutted the JCI art collection treasures and ...
Out damned mine!
An entire community on the Cape West Coast has united to fight plans for an ...
Mielies and megalomania
Seed companies, like banks, are willing to take insane risks in the pursuit of market ...
Where there's a will, there's a way
Armed with an administration of estates diploma from Unisa, Sue-Ann Lazerson is rejoining battle to ...
Can Zuma pull it off?
Gerald Shaw reviews two recent books about the state of the nation, and our prospects, ...
STENT
Post-election communication ...
The long haul
My husband Pat says this all sounds like an extended metaphor for my illness, but ...
Rainbow Nation
Mrs Lightfoot is not what you might call a digitigrade creature, daintily walking on its ...
Goede Hoop Cabernet Sauvignon 1997
...
BARRY TANNENBAUM TAKES S.A. MILLIONAIRES FOR A R2 BILLION PONZI IN THE PARK
On Friday last week Johannesburg businessman Christopher Leppan brought an urgent application before the Johnnesburg ...