A senior Bidvest car-hire executive has instructed his lawyers to launch a class action against Vodacom for the tens of millions in unauthorised fees it has been charging ignorant cellphone users on behalf of usually unnamed providers of so-called “content services”.

In recent years Noseweek has received scores of complaints about this fraudulent practice indulged in by all South Africa’s cellphone service providers. Many have appeared in our letters columns. Available evidence suggests the companies themselves receive hundreds of complaints each day. They are routinely answered with a computer-generated, standard “it’s not our problem” letter.

More persistent complainants get a cheery “you have been unsubscribed” follow-up message or email – with no mention of a refund.

The reason is obvious: the companies are sharing in the vast sums being pocketed by the fraud operators.

Why the police and consumer-protection authorities have failed to take any action remains to be explained.

This month a man with the necessary means has decided enough is enough. William Douglas, national risk manager for Bidvest Car Hire, has not only laid charges with the police in Brakpan, but is also preparing to issue summons against Vodacom in a class action, where victims of the scam within the past three years can join.

His decision was triggered by his discovery that his September Vodacom account was R400 hundred higher than usual. On checking his bill he discovered that the higher bill was explained by an entry labelled “content services”.

In his October account more such charges appeared; they now total R1,000.

He went to a Vodacom Service Provider shop and was told the following:

“Content Services are provided by what the technological boffins call WASPs. Your account can suddenly receive extra charges for these WASP services that, unknown to you, subscribe you to their sites. For instance, you would Google movie times at a cinema and one of these services would hack your IP address and then subscribe you to their site and charge you for an unwanted service. The assistant also told me that there is no way that Vodacom can stop this as most of these sites are situated in foreign countries.”

“I beg to differ,” Douglas told first Vodacom, and then Noseweek.

“How can Vodacom add charges to my account without;

•   A signed contract, with terms and conditions from such WASP services?

•   Sending me a proper account of what these WASP services were, with names, dates and time used?

•   Attaching the WASP’s invoice to my billing from Vodacom?

“The fact that Vodacom simply adds R1,000 to my contract (I have signed for a specific package) for services for which neither Vodacom (I presume) nor I have signed up, is both fraud and a contravention of the Consumer Protection Act.

“I will open such a case against Vodacom should I not receive feedback from Vodacom by 10 October 2017.

“I also want Vodacom to reimburse me my money for the past billing date.”

He was subsequently advised that the two content providers were called Opera Telecom and MT Digital Systems. In the next bill a third emerged, called Mobiteacher. The latter advised him: “We would like to offer you a full refund R520 as a goodwill gesture.”

On 10 October he advised Vodacom: “I am laying a case of fraud today against Vodacom and Mobiteacher as well as against any other WASP service that Vodacom illegally bills me for. I will also institute legal action to have all my contracts with Vodacom ended immediately.” (He has three Vodacom contracts.) 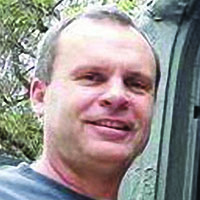 “I informed him of my intention to file fraud charges against the board of Vodacom, including Mohamed Shamel Aziz Joosub and Till Streichert, for the illegal amounts deducted by Vodacom for ‘content services’ on my September and October bills.

“I also informed him that, if Vodacom allows the ‘content services’ amount to be deducted again, I will add it as another fraud and theft case, and will, apart from the criminal action, institute a civil class action for damages. That way we will discover the full extent of the fraud.

“The way the cell phone companies operate is offensive to say the least – and downright criminal.”