Dear Reader: Things are not what they seem

I recently received the following email from an old friend, with the word RACISM in the subject line – so, of course I read it:

“A customer asked… ‘In what aisle will I find the Irish sausage?’

The shop assistant asks, ‘Are you Irish?’

The guy, clearly offended, says ‘Yes I am, but let me ask you something: If I had asked for Bratwurst, would you have asked me if I’m German?

The shop assistant says ‘No, I probably wouldn’t.’

The guy says ‘Well then, why did you ask me if I’m Irish?’

The shop assistant replied, ‘Because you’re in Builders Warehouse’.”

I laughed and immediately forwarded it to two other friends. It’s so easy – just the click of a button! ...only to learn that I was probably spreading some clever viral advertising devised for Builders Warehouse by some smart PR-type.

A while back, I was much tempted to publish a series of pictures – again, forwarded to me by email – of interiors decorated in a Hollywood version of Marie Antoinette’s Versailles. These were declared to be interiors of Bob Mugabe’s residence in Harare. Bit of a poofter, what? I thought briefly, then thought; No, too good to be true.

I was right. My source did not know where his source had gotthe pictures. Neither did the source of the source. All had simply forwarded what they thought was some remarkable evidence to support their view of the ghastly McGabe.

It transpires that my friend Richard Young received the same pictures in an email and, no doubt like many, many others, spread the pictures around to all his friends,  only later to learn he’s been had by another viral propaganda specialist. Contrite, he has sent the following note to his friends:  “While the sentiment is right on the mark, and there is no doubt Mugabe is living a life of luxury, the mansion in this email is actually in Los Angeles [I guessed right!], and has nothing to do with Mugabe.

And then Richard apologised – to his friends.

Pause and consider for a moment how many of those jokes that you’ve had forwarded to you – and that you have then laughingly forwarded to your friends – don’t necessarily promote a product, but a prejudice or political line. In large, easy-to-read, crisp blue type they tell a quaint story or make you laugh about something that, if you pause to think about it, is just a bit mean and nasty. All those bizarre, illiterate quotes from speeches by President Barack Obama – that weren’t real. All those bits, in similarly easy-to-read type, by “less well-known” professors who assure you that the nuclear blow-out in Japan is as harmless as a bit of sunshine or a tooth X-ray, and that all views to the contrary are the paranoid fantasies of a bunch of left-liberals on pot.

The internet, dear reader, can be fun. It’s a miraculous resource. But, like all things human, it’s also a scary, dangerous medium to rely on for information. Google will find the most amazing stuff – but it can’t tell you if it’s true. You need to get to know your source before you can rate its credibility. On that point, nothing has changed.

Most readers know us pretty well by now. And, thanks to you, we’re still here. And, of course, we’re also available on the internet! 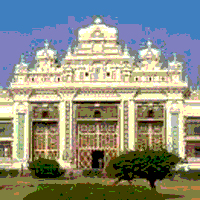